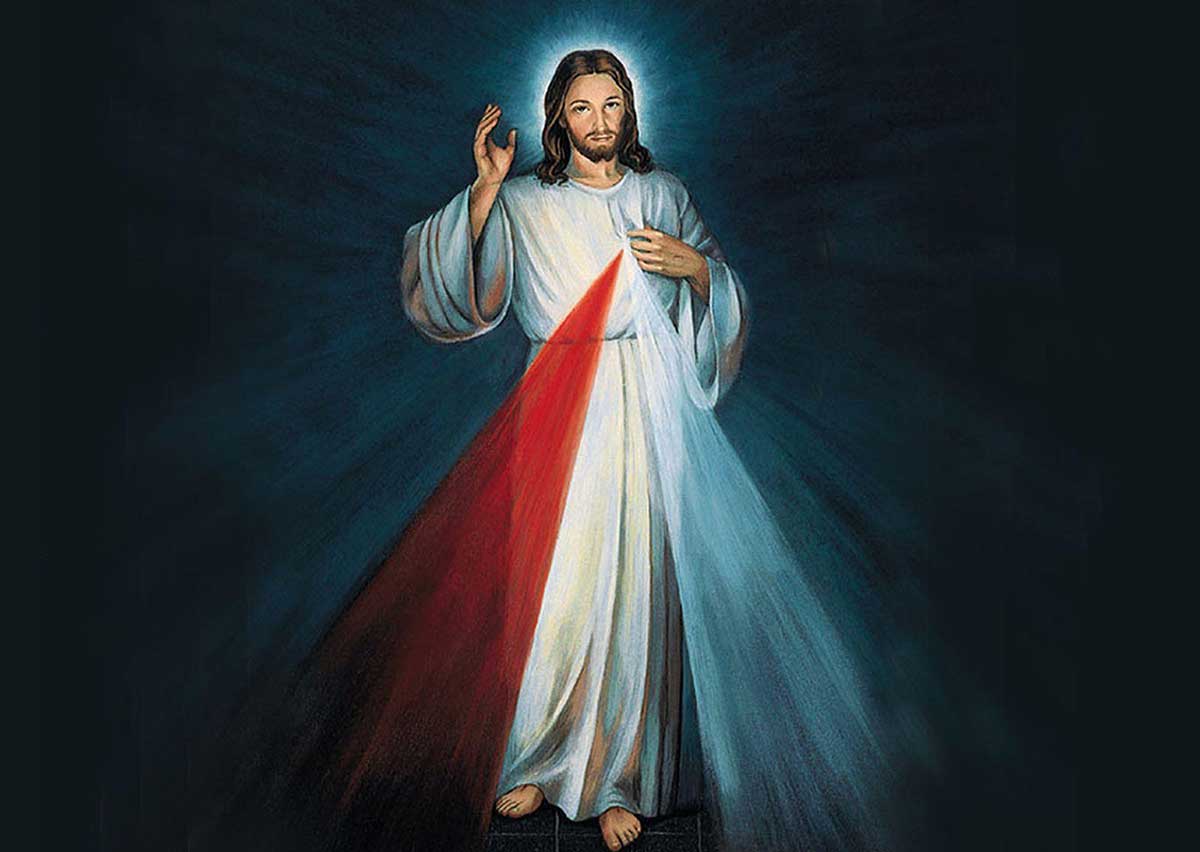 The devotion of the Divine Mercy was inspired by St Faustina Kowalksa who was reputed to have received revelations from Jesus between the years 1931 and 1938.

She wrote a diary describing her visions in which Jesus said he wanted humanity to know of his infinite mercy, and directed that this should be represented in a painting with red and white rays of light from his heart to indicate the blood and water that flowed from it when pierced by a soldier’s lance (John 19:35).

The Vatican, not convinced of St Faustina’s sincerity, forbade her diary and public veneration of the painting. But after studying Faustina’s original Polish diary instead of the Italian translation it had used, the Vatican reversed its decision in 1978, shortly before John Paul became pope.

On the day John Paul canonised St Faustina in April 2000, he declared that the Second Sunday of Easter was henceforth to be observed throughout the Church as Divine Mercy Sunday. The liturgy of that day fittingly referred to God’s mercy and forgiveness.

Then in 2002 the Vatican issued a decree for a plenary indulgence on Divine Mercy Sunday. It asked priests to tell parishioners about the celebration, hear confessions and lead prayers. The faithful were also to be urged to practise acts of love and mercy to others, in imitation of Christ.

Divine Mercy Sunday therefore requires that during the liturgy the clergy tell their people about Christ’s unstinting mercy and display the image of the Divine Mercy in the church. There is no need for an additional devotional service outside the liturgical celebration, though there is nothing stopping the parish from holding one.