Mother of three declared venerable by the Church 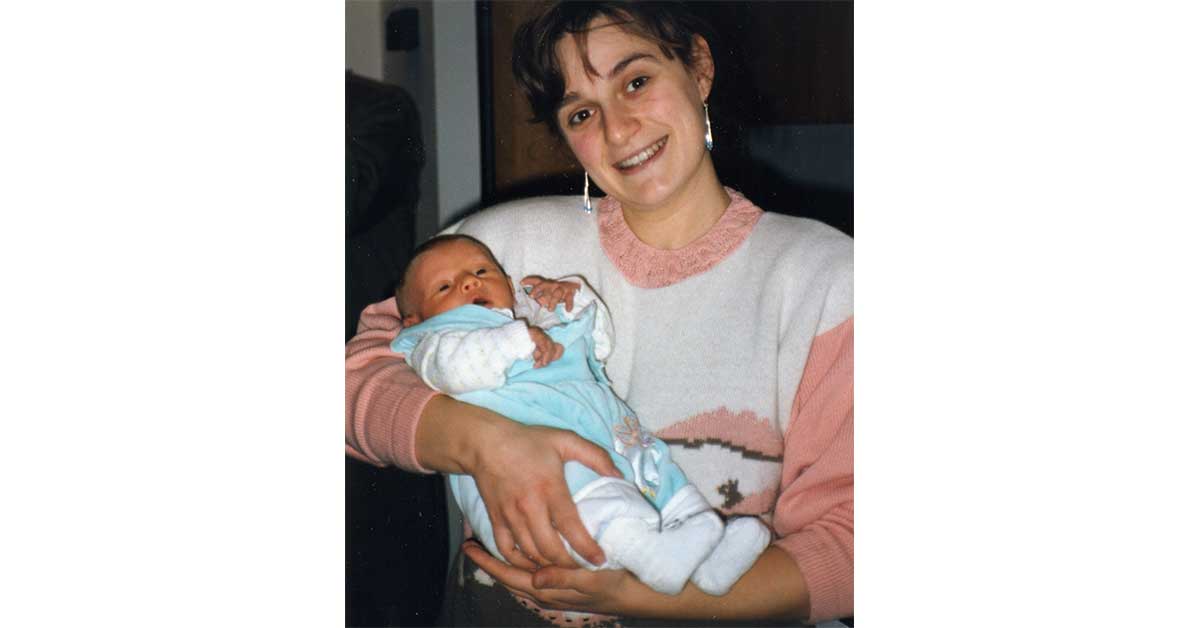 Maria Cristina Mocellin, an Italian mother who delayed her own chemotherapy treatment in order to save the life of the child she was carrying, is pictured with her son, Francesco, in 1991. Mocellin, who died of cancer in 1995, has been proclaimed venerable by Pope Francis. (CNS photo/courtesy Associazione amici di Cristina Onlus)

By Junno Arocho Esteves – Pope Francis advanced the sainthood cause of a young mother of three who died of cancer after delaying chemotherapy treatment in order to save the life of her unborn child.

The pope signed decrees recognising the heroic virtues of one man and two women, including the young mother, Maria Cristina Cella Mocellin, during a meeting Aug. 30 with Cardinal Marcello Semeraro, prefect of the Congregation for Saints’ Causes.

Born in Italy in 1969, Mocellin began contemplating her vocation at a young age with the Salesian Sisters, until she met her future husband, Carlo, at the age of 16.

Despite the discovery of a sarcoma in her left leg, she went on to finish high school and marry Carlo.

She had two children. However, during her pregnancy with her third child, the sarcoma reappeared.

Although undergoing surgery to remove the sarcoma, Cella opted to not receive chemotherapy in order to not risk the life of her child, Riccardo, who was born in 1994.

Subsequent therapies failed to treat the cancer, which inevitably spread and Cella died in 1995.

– Franciscan Father Placido Cortese, an Italian priest who helped the escape of Allied prisoners and people, including Jews, persecuted by the Nazis. He was subsequently captured, tortured and killed in Trieste in 1944.