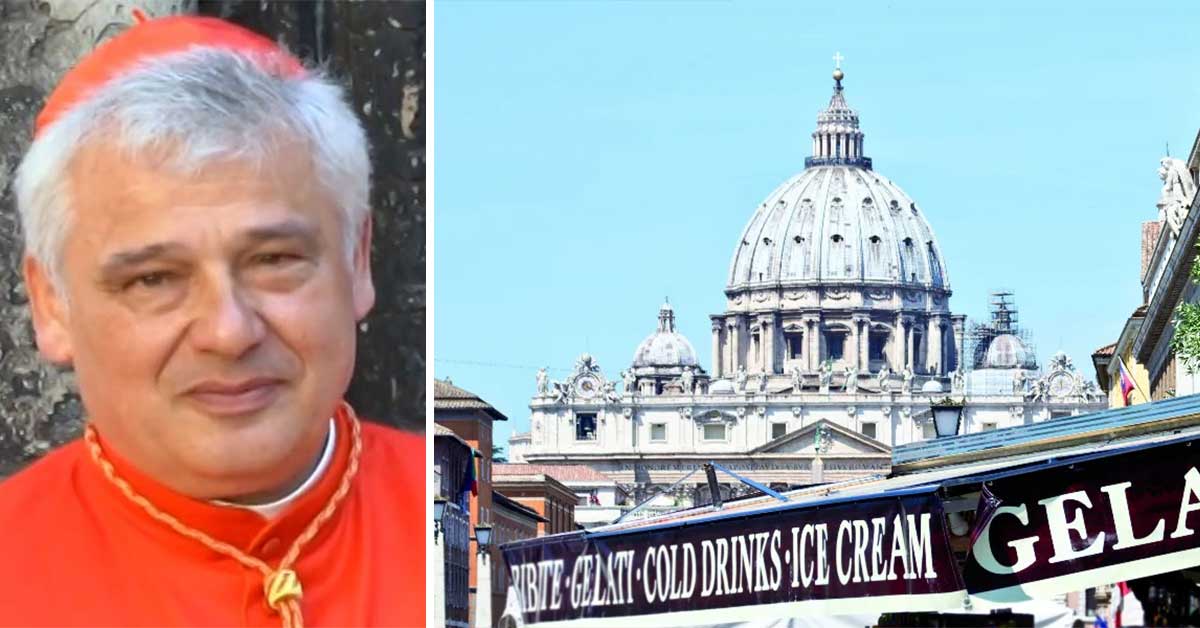 Pope Francis sent 15,000 ice creams to prisoners in Rome as the Eternal City sweltered in the summer heat, the Vatican announced on Tuesday.

The gelati were taken to the Regina Coeli and Rebibbia prisons by the papal almoner Cardinal Konrad Krajewski, the Office of Papal Charities said in a September 7 press release.

The Vatican department that performs charitable acts on behalf of the pope said that in the summer months it sought to make “small evangelical gestures to help and give hope to thousands of people in Rome’s prisons.”

The office explained that it focused on undertaking corporal works of mercy during the summer, when canteens and charities in Rome are forced to limit their activities.

“Therefore, as every year, small groups of homeless people, or those housed in dormitories, were taken to the sea or lake, near Castel Gandolfo, for an afternoon of relaxation and dinner in a pizzeria,” it noted.

The department added that it had also overseen the supply of medicines and medical equipment to developing countries.

“In August alone, for example, a tomograph was purchased for Madagascar, worth around $600,000, and the preparation of medical clinics, either renovated or newly built, was completed for almost two million euros [$2.4 million] in three of Africa’s poorest countries,” it said.

Cardinal Konrad Krajewski visits a refugee camp in Lesbos, Greece, May 8, 2019. . Vatican MediaPope Francis washed the feet of inmates at Rebibbia prison on Holy Thursday in 2015 and of prisoners at Regina Coeli prison three years later.

In June this year, the pope received a group of around 20 prisoners at his residence. The men were inmates of a low-security prison, part of the Rebibbia complex located in Rome’s east suburb.

They were accompanied by the prison director, chaplain, and officials. Afterwards, they went to the Vatican Museums, which reopened to visitors in May.

In March 2020, at the start of the coronavirus outbreak in Italy, the Italian government prohibited visits to inmates.

Some inmates at the Rebibbia prison complex rioted in protest of the decision. In other places in Italy, prisoners began setting fires, taking hostages, and raiding prison medical clinics. At least 12 inmates died in the country in three days as a result of the riots.

This summer is one of the hottest on record in Italy, with wildfires raging in the south of the country. The Mediterranean island of Sicily registered a temperature of 48.8 degrees C on Aug. 11, believed to be the highest ever recorded in Europe.

Krajewski, 57, has served as papal almoner since 2013. The Polish national received the red hat from Pope Francis in 2018.

A year later, the cardinal nicknamed “the pope’s Robin Hood,” climbed down a manhole to restore power to a disused, Italian state-owned property in Rome where homeless people were living.