Pope: Success is what you give, not what you have 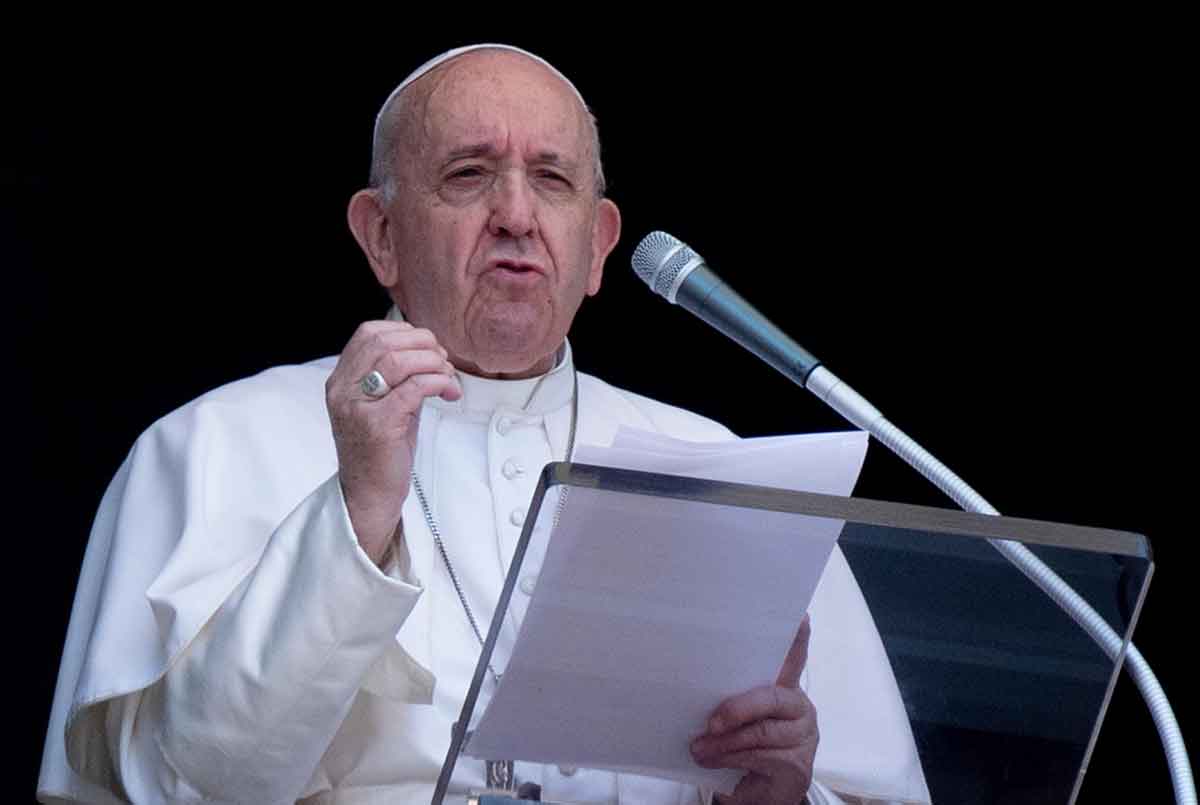 The pope reflected on the day’s Gospel reading, Mark 9:30-37, in which Jesus declares that “If anyone wishes to be first, he shall be the last of all and the servant of all.”

The pope said: “Through this shocking phrase, the Lord inaugurates a reversal: he overturns the criteria about what truly matters. The value of a person does not depend anymore on the role they have, the work they do, the money they have in the bank.”

Giving his live-streamed address at a window overlooking St. Peter’s Square, the pope said that those who wish to follow Jesus must take “the path of service.”

“Our fidelity to the Lord depends on our willingness to serve. And we know this often costs, because ‘it tastes like a cross.’ But, as our care and availability toward others grow, we become freer inside, more like Jesus. The more we serve, the more we are aware of God’s presence,” he explained.

“Above all, when we serve those who cannot give anything in return, the poor, embracing their difficulties and needs with tender compassion: and we in turn discover God’s love and embrace there.”

The pope said: “In the Gospel, the child does not symbolise innocence so much as littleness. For the little ones, like children, depend on others, on adults, they need to receive. Jesus embraces those children and says that those who welcome a little one, welcome him.”

“The ones who are to be served above all are those in need of receiving who cannot give anything in return. In welcoming those on the margins, the neglected, we welcome Jesus because He is there. And in the little one, in the poor person we serve, we also receive God’s tender embrace.”

The pope urged pilgrims gathered in the square below to ask themselves whether they were truly committed to serving the neglected or simply sought “personal gratification” like Jesus’ disciples on that occasion.

“Do I understand life in terms of competing to make room for myself at others’ expense, or do I believe that being first means serving?” he asked.

“And, concretely: do I dedicate time to a ‘little one,’ to a person who has no means to pay me back? Am I concerned about someone who cannot give me anything in return, or only with my relatives and friends? These are the questions we need to ask ourselves.”

After praying the Angelus, Pope Francis expressed his closeness to victims of flooding in the central Mexican state of Hidalgo.

He highlighted the deaths of at least 17 patients after a river burst its banks and water inundated a hospital in the town of Tula.

He also referred – without mentioning any countries by name – to those held unjustly in detention outside their homelands.

“I want to assure my prayer for the people who have been unjustly detained in foreign countries: unfortunately, there are several cases, for different, and sometimes, complex causes. I hope that, in the due fulfilment of justice, these people might return as soon as possible to their homeland,” he said.

He then greeted pilgrims gathered for his address, singling out those from Poland, Slovakia, and Honduras.

Finally, he acknowledged the 175th anniversary of the apparition of the Virgin Mary at La Salette, southeastern France.

He noted that Mary appeared in tears to two children, Maximin Giraud and Mélanie Calvat, in 1846.

“Mary’s tears make us think of Jesus’ tears over Jerusalem and of his anguish in Gethsemane: they are a reflection of Christ’s suffering for our sins and an appeal that is always contemporary, to entrust ourselves to God’s mercy,” he said.