Why the title Mary, Queen of Angels? 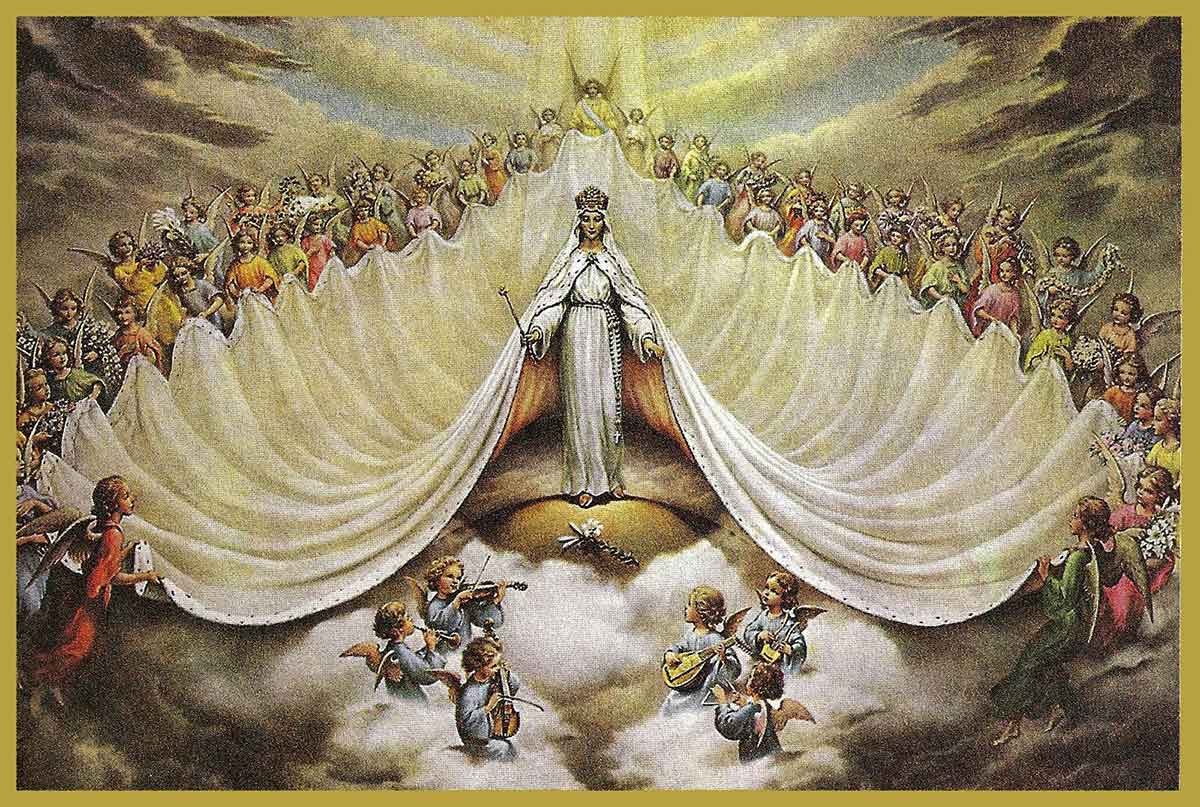 Question: What is the biblical basis for our claim that Mary is Queen of Angels?

Answer: The title Queen of Angels is only one of the many that have been used since the Middle Ages, especially in the litanies of Our Lady. The best known of these is probably the Litany of Loreto, which dates from the early 16th century. The Church has traditionally given immense honour to Mary as the Mother of God, so it is not surprising that she has been addressed by all sorts of complimentary names such as those we find in the litanies.

These do not have explicit references in the Bible, but they do conform to the faith in so far as they bring out what is implicit in the Bible. For example, Elizabeth greeted Mary, saying: Why should I be honoured with a visit from the mother of my Lord? (Lk 1:43). The Lord here refers to King David’s descendant, the Messiah or the Christ, who was himself a king. As mother of this king, Mary is accepted as queen of Christ’s kingdom, a kingdom that is not of this world (Jn 18:36).

Trending
Mental Health Matters To Us All
Consequently, it can be argued that Mary is queen of that other-worldly kingdom, which would include the angels, patriarchs, prophets, apostles, martyrs, confessors and virgins, of whom Mary is also invoked as queen, in the Litany of Loreto.

In the Old Testament there is evidence of great esteem given to the mothers of kings. For instance, take a look at 1 Kings 2:13-21 where King Solomon bowed down to his mother and sat her at his right hand. See also Jeremiah 13:18 for another example.

In the New Testament, Revelation 12:1-6 is perhaps the best known biblical reference to a woman as queen. Here she is adorned with the sun, standing on the moon, and with the twelve stars on her head for a crown. Many modern scripture experts doubt that this refers to Mary, but for centuries she was accepted as the crowned queen mentioned in the text, and there are those who strongly continue to uphold this position.

God the Father blessed and honoured Mary by choosing her to be the mother of his divine son, Christ the king. To be given the title of Mother of God is certainly her unequalled privilege. From this motherhood flow any other lowlier titles used in the Church to give her the homage due to her.