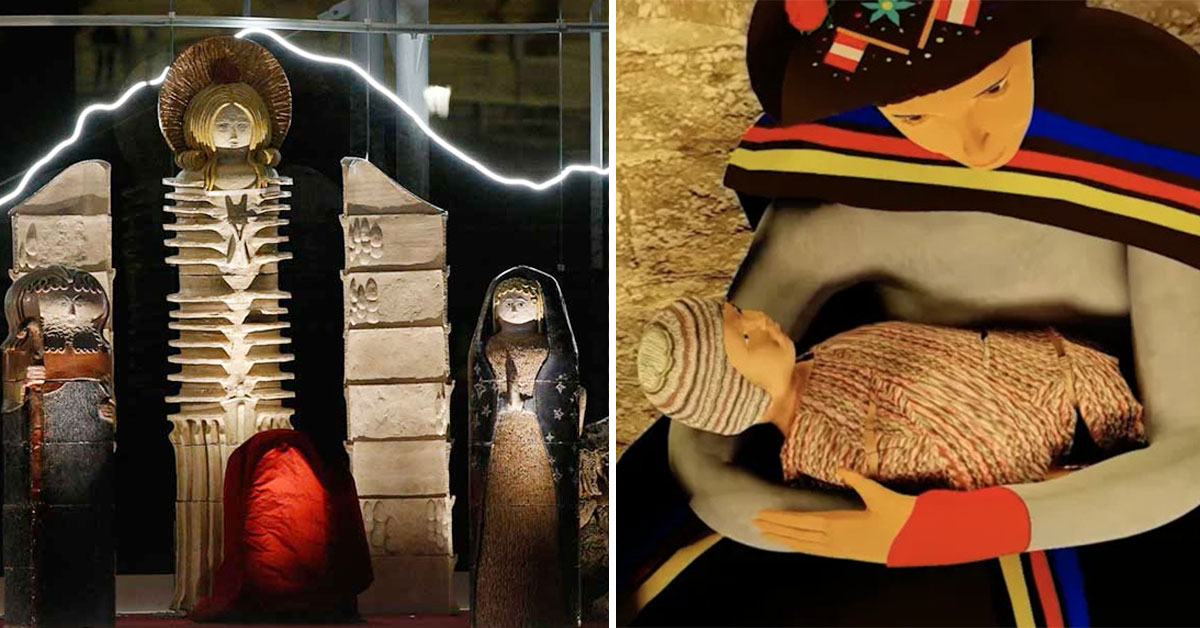 Last year, the Vatican nativity set came, for some, from outer space; in 2021 it is coming from the Andes.

The 2021 manger that will be placed in St. Peter’s Square in the Vatican to celebrate Christmas will arrive from the town of Chopcca, Peru, a small town nestled in the Andes over 12,000 feet high.

“As of December 15 and for 45 days, more than 100 million tourists and followers of the media will be attentive to the Christmas celebrations in the Holy See that will revolve around the Andean manger,” indicates a note from the Andina news agency, the official media outlet for Peru.

Last year’s nativity scene, a set of 54 figures dating to the 1960s and 1970s, was panned by many on social media. One detractor described it as “some car parts, kid toys, and an astronaut.”

The Vatican has not announced the details yet, but the local news agency released a video with a 3-D rendering of the nativity scene.

Chopcca’s nativity scene will have more than 30 pieces and will be made by five renowned Huancavelica artists. Huancavelica is located nearly halfway between Lima and Cusco.

The images of the Virgin Mary, Saint Joseph, the Child Jesus, the Magi and the shepherds will be made on a realistic scale with materials such as ceramics, maguey wood and fibreglass, and will wear the typical Chopcca clothing.

The Child Jesus will be represented by a “Hilipuska” child, wrapped in a “chumpi” or woven belt and covered with a typical Huancavelica blanket.

The Three Wise Men, or Magi, will carry saddlebags or woven sacks from the region with popular superfoods, such as quinoa, kiwicha, cañihua, and potatoes, they will be accompanied by llamas that will have the Peruvian flag on their backs.

Several other local Peruvian animals such as alpacas, vicuñas (a more beautiful relative of the llama), sheep, vizcachas (related to rabbits with squirrel-like features), parihuanas or Andean flamingos, and the condor will also be present.

The Regional Government of Huancavelica will present the manger to Pope Francis in gratitude for having chosen Peru in the year in which it celebrates the bicentennial of its independence.