Today, 39 years ago, St Maximilian Kolbe was canonised a saint on October 10, 1982, by Pope John Paul II, who declared Kolbe a “martyr of charity.”

Eighty years ago St Maximilian Kolbe died in Auschwitz on August 14 after volunteering to take the place of a father in the concentration camp’s starvation bunker.

Today devotion to the saint continues to spread, including as an intercessor for the family, according to a theologian in Rome.

Fr. Kolbe, a Franciscan priest and missionary, was sent to Auschwitz in 1941. After a Polish prisoner tried to escape the camp on July 29, the SS security forces selected 10 prisoners to starve to death as a lesson for the entire camp.

One of the prisoners chosen was Franciszek Gajowniczek, who asked for mercy. He mentioned that he had a wife and children. Fr. Kolbe offered to die in his place.

“Fr. Kolbe told the commandant, ‘I want to go instead of the man who was selected. He has a wife and family. I am alone. I am a Catholic priest,'” Gajowniczek told the NY Times in 1995.

In an interview with ACI Stampa, CNA’s Italian language sister news agency, Fr. Raffaele Di Muro, said this act of sacrifice is one of the reasons why Kolbe is considered a patron saint of families today.

“What has always struck me the most about Father Kolbe’s sacrifice – both as a scholar of his life and personally as a religious – is that he feels internally, deeply, the pain of this father of a family,” Di Muro said in the interview on Aug. 14.

“Kolbe senses in his heart the sadness that Francis Gajowniczek feels in having to lose his family. … The cries of this father tear the heart of Kolbe who immediately thinks of the other pain that would have been there if Francesco had died: the suffering of his own family.”

Di Muro is the dean of the Pontifical University of St. Bonaventure in Rome. He holds the Kolbe Chair in Theology, named for the saint who earned his doctorate in theology at the university in 1919.

The theologian highlighted that Kolbe visited many families on his mission to Japan, as well as in his ministry in Europe.

“For him, all families represented a reflection of the Holy Family,” he said.

“There are many documents that attest to the baptisms that Kolbe himself celebrated,” he added.

In the starvation cell in Auschwitz, Kolbe is reported to have led other prisoners in prayer as they died one by one. Though Kolbe was held without food or water for two weeks, he did not die of starvation. Instead, camp guards killed him with an injection of carbolic acid on August 14, 1941.

He was canonised a saint on October 10, 1982 by Pope John Paul II, who declared Kolbe a “martyr of charity.”

Di Muro said that Kolbe’s intercession is needed for the many difficult situations facing families today.

“Kolbe would work to ensure that hope in marriage, in the family, is not extinguished,” he said.

“Let us place all families of the world under the mantle of Mary, under the intercession of Maximilian Kolbe.’ 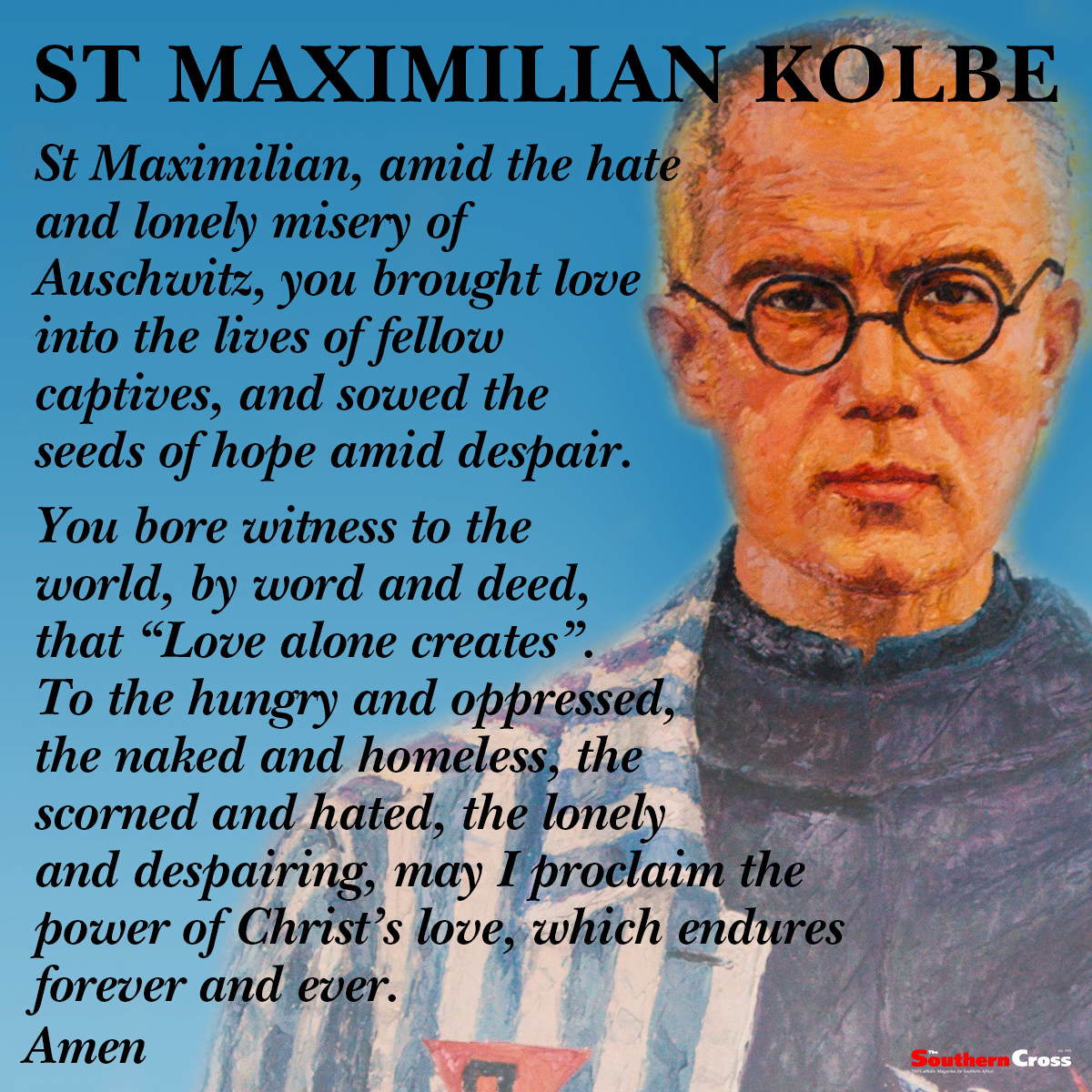