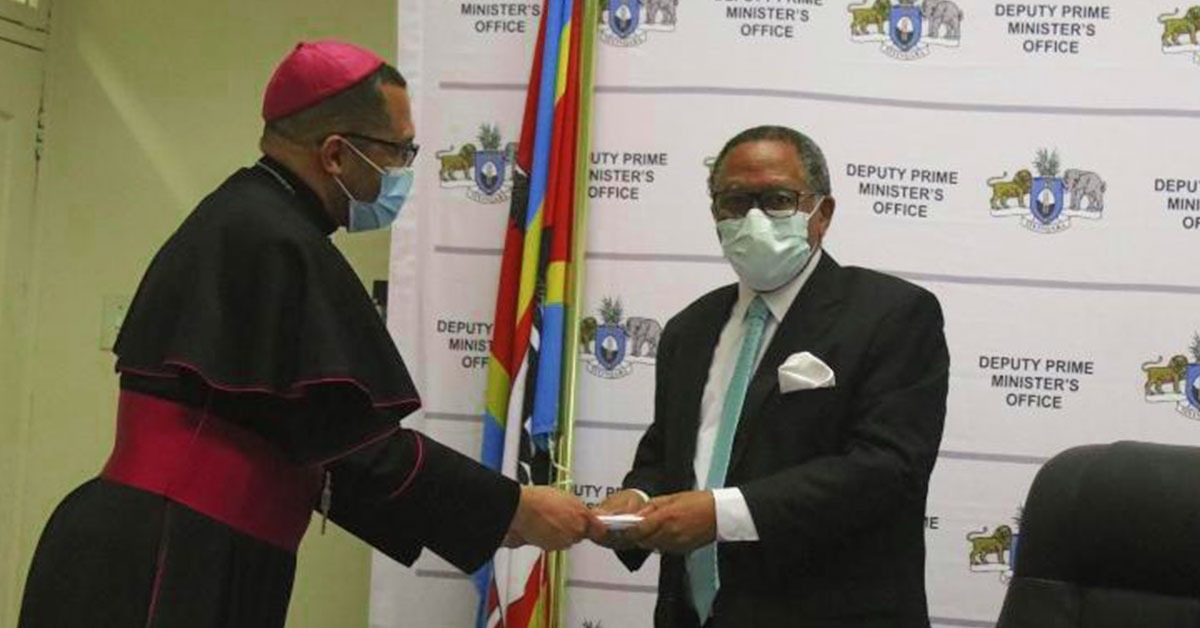 Eswatini needs a “dialogue about a dialogue” to set the scene for urgent negotiations towards democratic reform, the Southern African Catholic Bishops’ Conference (SACBC) said after a week-long solidarity and pastoral visit to the country, which is part of the conference region.

A statement, signed by SACBC president Bishop Sithembele Sipuka, noted that while in the past the kingdom, ruled by an absolute monarchy, “enjoyed a common appreciation of the form of government, these days, from what we have heard, there appears to be a call from some avenues for a consideration of a different form of government”.

Recent pro-democracy protest, some of them violent, have rocked the country since June, with army and police forces under hardline Prime Minister Cleopas Dlamini reportedly having killed dozens of unarmed civilians. Several activists have been detained, most recently this week during student protests. In July, two pro-democracy members of parliament, Bacede Mabuza and Mthandeni Dube, were arrested under the country’s Suppression of Terrorism Act.

“We are concerned that a failure to heed the calls [for democratic reform] may lead to escalation of violence that will see more loss of life and destruction of economy and infrastructure happening,” Bishop Sipuka said in the statement on the October 6-12 visit.

“We are encouraged by the fact that all those that we spoke to, government included, expressed openness about dialogue and negotiations. We are, however, concerned that there are different opinions about the format of dialogue and negotiations, and given these differences, it appears that such dialogue may not take place, or at least may not be as effective as hoped for if the format is not mutually agreed to,” Bishop Sipuka said.

“While Eswatini is known for its traditional structure of dialogue, all the people that we spoke to — except the government — have expressed opinions about considering other structures of dialogue. Given this clear wish, unfortunately, accompanied by violence, it appears to us that ‘dialogue about dialogue’ would be a constructive starting point and that this begins sooner than later.”

The SACBC delegation noted “a strong sentiment of alienation that some of the people we spoke to felt from their king and a desire for the restoration of a felt symbiotic and caring relationship between the king and his people”, the statement noted. King Mswati III, who has ruled the country for 35 years, has been accused of living a lavish lifestyle while poverty is increasing among his subjects.

“We repeat the call we made in our address to the prime minister of the need for everybody to be convinced of the seriousness of the present moment and to implement measures that will help in building a just and peaceful society. This is what we see as demanded by the present moment and, above all, by the very dignity of the human person, the indestructible image of God the Creator, which is the same in each one of us,” Bishop Sipuka said.

The SACBC assured Eswatini’s government and citizens of “our prayer as they navigate these difficult times for the courage to break with set ways of thinking and to adopt a mental disposition that will bring the country together leading to sustainable justice, peace, and development for all”.