The Vatican recently issued a document on cremation, outlining what is allowed and what should be avoided. Here are the answers to Frequently Asked Questions. 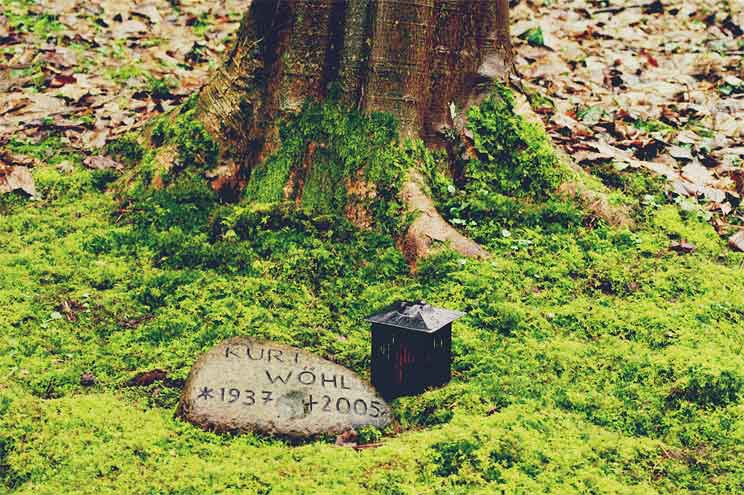 In 1963, the Vatican Congregation for the Doctrine of the Faith issued an instruction permitting cremation as long as it was not done as a sign of denial of the basic Christian belief in the resurrection of the dead.

However, Cardinal Gerhard Müller, the present prefect of the congregation, said that Church law had not specified exactly what should be done with “cremains”, and several bishops’ conferences asked the congregation to provide guidance.

The document was approved by Pope Francis after consultation with other Vatican offices and with bishops’ conferences and the Eastern churches’ synods of bishops.

Release of the new document has prompted many Catholics to ask whether it changes any regulations about cremation.

The document says that traditional burial is preferred. Does that mean cremation is wrong?

If the Church saw cremation as “wrong”, it wouldn’t permit it! Sometimes cremation can truly be necessary. However, the ancient custom and the preference of the Church is to bury the body, whenever possible.

What should I do if I’ve already scattered the ashes?

We can’t change the past, of course, and if you truly didn’t realise at that time that it shouldn’t be done, then you shouldn’t burden yourself with guilt.

Remember that what happens to a person’s body after death has no bearing on what happens when that person’s soul meets the Lord on judgement day. However, you might wish to offer extra prayers for the person’s happy repose.

If I plan to donate my body to science, after which it will be cremated, is that OK? What if the laboratory disposes of these ashes?

This would seem to be a valid reason for cremation. However, it would be important to make sure that arrangements are made for a funeral Mass, and that a trusted relative or friend is able to receive the remains and see to their proper burial.

How do I convince my dad to let me bury my mother’s ashes, which he now has at home?

Only you would know the best way to approach a situation like that, and it would depend a lot on his reasons for keeping the remains and on his own personal faith. Perhaps making him aware of the Church’s preference would be enough to convince him? Or the assurance that his own earthly remains will one day be buried alongside those of his wife?

Also, the Vatican’s instruction itself articulates some compelling reasons: “The reservation of the ashes of the departed in a sacred place ensures that they are not excluded from the prayers and remembrance of the Christian community. It prevents the faithful departed from being forgotten, or their remains from being shown a lack of respect…” (n. 5).

Entombment of ashes is expensive; is there any ‘consecrated ground or consecrated place’ where Catholics can place ashes for free?

That would vary from place to place. There have been some Catholic dioceses and cemeteries that have even organised special opportunities for the interment of cremated remains for no cost at all, just as a way to encourage people who might have been keeping the remains without a good idea of what to do with them.

You might wish to bring this question to the office of your local bishop — the people who assist him might be able to help you find an appropriate place, particularly if the expense is an important factor.

When my daughter died, I could not afford to bury her, but I had her cremated and her ashes will be buried with me. I also had some ashes put in crosses for her kids. I am distressed I did something very wrong.

Clearly you did that with good intentions, and weren’t aware of what the Church wants us to do with the mortal remains of our loved ones, so you shouldn’t burden yourself with guilt over this.

Would it be possible now to find a cemetery plot where you can bury her remains, and make arrangements so that your own remains can someday go into the same location?

If at all possible, the ashes in the crosses should also be buried or interred along with them.

Many people die and are never buried properly. Perhaps they die at sea or in an explosion or whatever. Why is the Vatican worried about something like this when there are so many other problems in the world?

This instruction isn’t concerned with those kinds of situations. Burial at sea is necessary at times, as is cremation. The main purpose for this instruction is to help foster a healthy respect for the human body, even after death, especially in light of the move in recent years away from traditional burial in favour of more expedient and economical means.

Where contemporary culture today may well question what difference it makes, the Church is reminding us to recall that the human body is an integral part of the human person deserving of respect even after death.

The earliest Christians buried the bodies of their dead, and this set them apart from many of their contemporaries. We bury our dead out of reverence for God our creator, and as a sign that we look forward to the resurrection on the last day.—CNS