No One Should Ever Go Hungry – Yet Millions Do 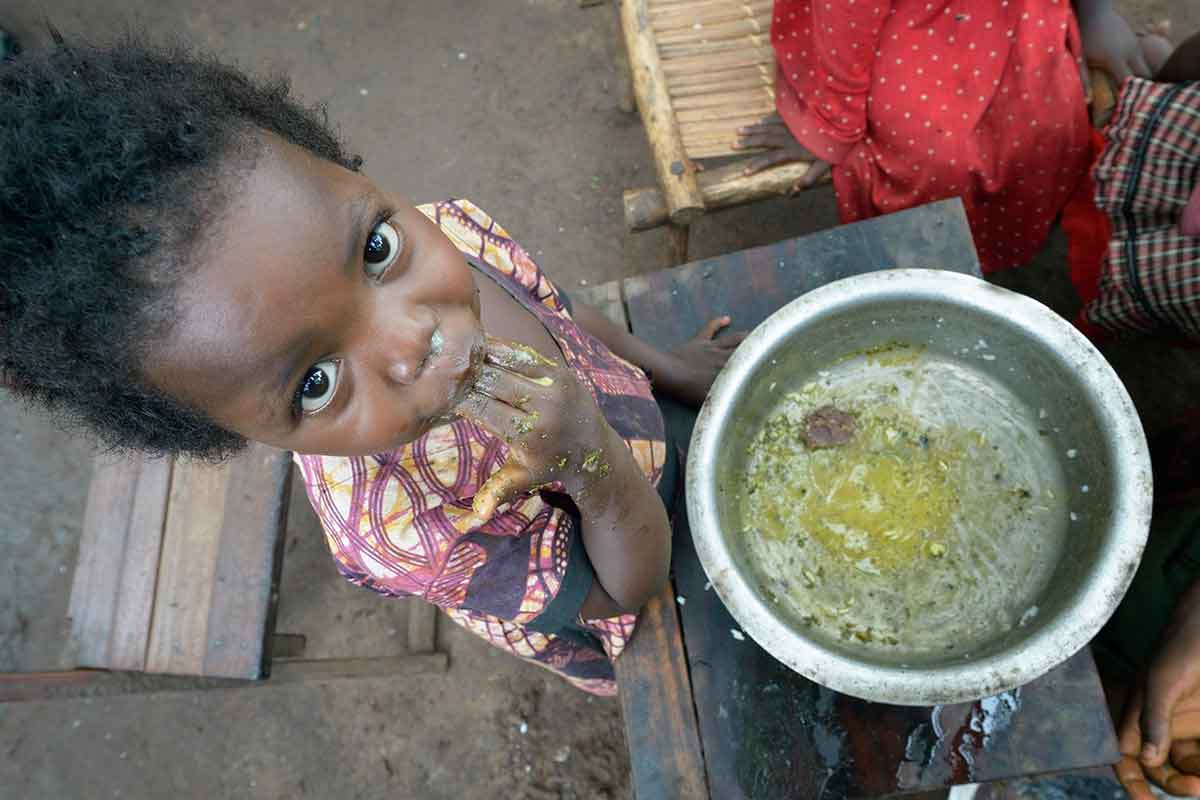 A girl eats a meal at a camp for people displaced within South Sudan, in Riimenze, April 29, 2017. Parts of Yemen, South Sudan, Burkina Faso and Nigeria are close to or already facing famine. Other countries face severe food insecurity or worse. (CNS photo/Paul Jeffrey)

There is one war we need to fight.  For without our intervention, countless people will suffer, and thousands of children will continue dying daily.  The name of the enemy – who deserves nothing less than total annihilation – is world hunger!

Every year around this time – October 16 – World Food Day reminds us to pay attention to the multitude of people who suffer from not having enough nutritious food to maintain health and happiness.

World hunger is on the rise; the statistics are overwhelming.

Between 2019 and 2020,  the number of hungry people increased by at least 70 million, an increase significantly due to COVID-19 – revealing tremendous immoral inequalities between richer and poorer nations.

According to the U.N. report “The State of Food Security and Nutrition in the World 2021,” between 720 and 811 million people are hungry – that’s greater than the combined populations of the United States, Canada and the European Union.

Every single day over 8,000 of the world’s children die because they are too poor to live. Malnutrition and hunger-related diseases claim their short lives.

And in the U.S. more than 38 million people experience hunger, with 12 million food insecure children .

In 1979 St Pope John Paul II attempted to awaken American consciences with these words from his New York City homily: “The poor of the United States and of the world are your brothers and sisters in Christ.  Never be content to leave them just the crumbs of the feast.  Take of your substance, and not just of your abundance, in order to help them.  Treat them like guests at your family table!”

Shamefully, my native country the U.S. – the world’s wealthiest nation – provides less than 1 percent of its national budget to help the world’s poor and hungry.

Transferring an annual $125 billion from military spending to end global hunger and extreme poverty would also far more effectively contribute to building a peaceful world. This would literally begin to fulfil Isaiah’s prophecy of beating our swords into plowshares.

The rich have a moral duty to totally end hunger and poverty. St Ambrose warned, “You are not making a gift of your possessions to the poor person. You are handing over to him what is his. … The world is given to all, and not only to the rich.”

In our increasingly inequitable world, where a growing chasm between the haves and the have-nots continues to cause much untold suffering, it is our moral duty to prophetically tell our national political and corporate leaders that “The world is given to all, and not only to the rich.”

St Pope John Paul II emphatically proclaimed that “war is always a defeat for humanity.” But he would surely agree that winning the war against hunger and poverty would be a victory for humanity!