Pope blesses bells that peal proclamation of sacredness of life 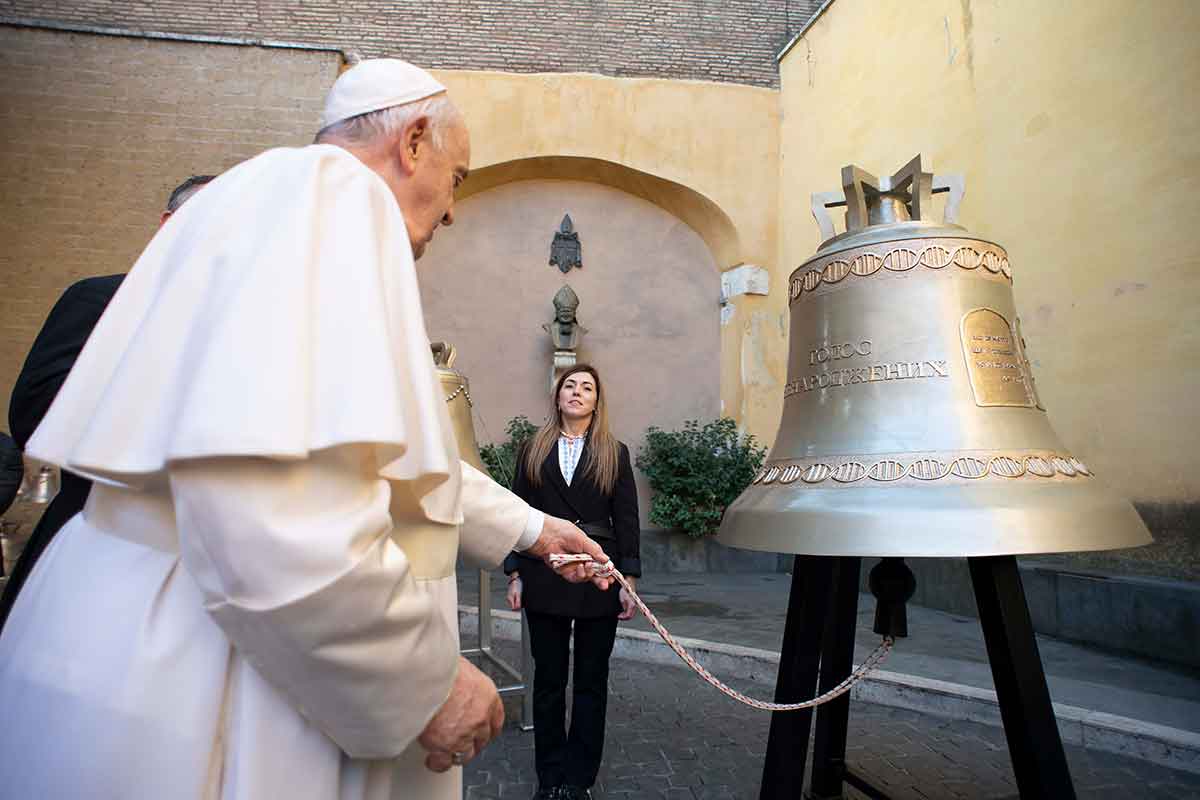 Pope Francis rings a bell called “the voice of the unborn,” before his general audience at the Vatican Oct. 27, 2021. The bell was made for a parish in Lviv, Ukraine, by a pro-life group in Poland. Among the engravings on the bell are an image of an ultrasound and two hands around a heart with a quote from Blessed Jerzy Popieluszko: “The life of a baby begins under its mother’s heart.” (CNS photo/Vatican Media)

With the sign of the cross and a tug of a rope, Pope Francis blessed bells for parishes in Ukraine and Ecuador, praying that their peals would proclaim the sacredness of all human life.

The one-ton bells, engraved with pro-life messages, were commissioned by the Polish group, “Yes to life,” which is slowly distributing them to parishes beyond the Polish borders.

After he blessed the bells Oct. 27, Pope Francis spoke about them at his weekly general audience, saying he hoped they would be “a sign of commitment to the defence of human life from conception until natural death.”

“May their sound proclaim to the world the ‘Gospel of Life,’ awaken human consciences and recall the unborn,” he said. “I entrust to your prayers every conceived child, whose life is sacred and inviolable.”

The decoration on the bells includes: an image of an ultrasound with angels kneeling on either side; the tablets of the Ten Commandments, with “Thou shall not kill” in large type; a strand of DNA; and two hands holding a heart with a quote from Blessed Jerzy Popieluszko: “The life of a baby begins under its mother’s heart.”