Pope: October is month to focus on living as missionaries every day 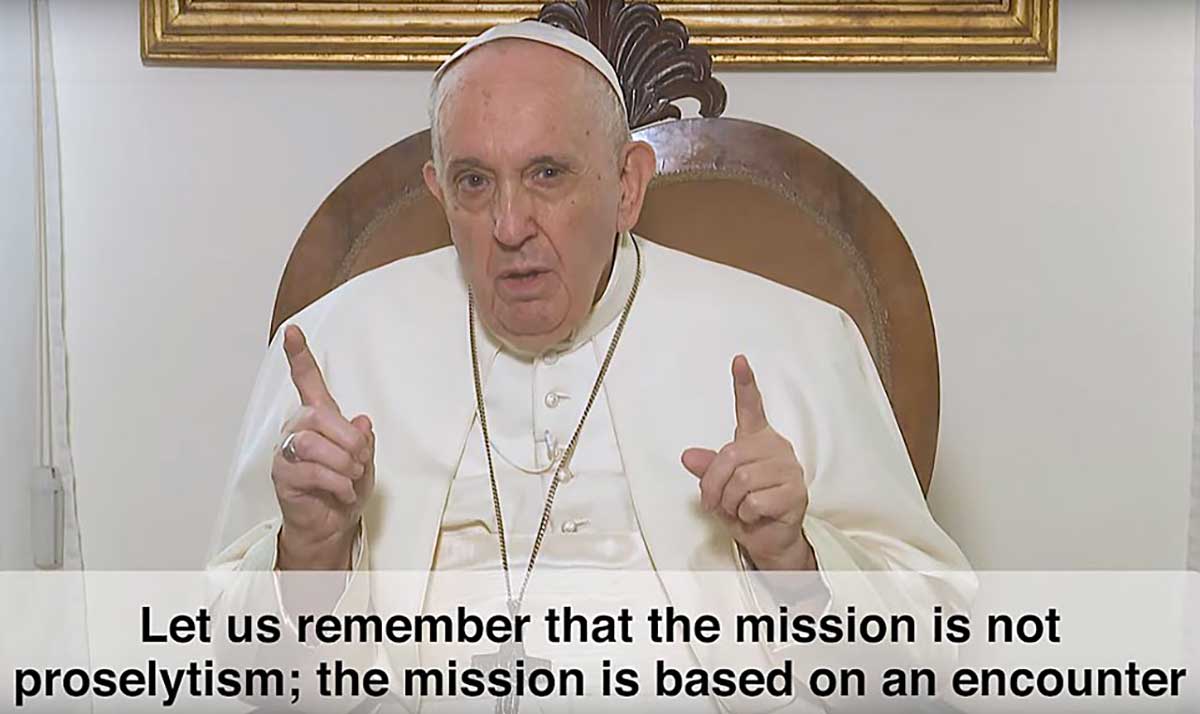 Every Christian is called to be a missionary, Pope Francis said in in the video as the church’s mission month begins Oct. 1, 2021. (CNS screenshot/Pope’s Worldwide Network via YouTube)

All Christians are called to be missionaries, which at its most basic level involves living in such a way that other people ask what motivates their love and concern, Pope Francis said.

“Jesus asks us all, and you as well, to be missionary disciples. Are you ready?” the pope asked in a video marking the beginning of the church’s annual celebration of October as Mission Month. World Mission Sunday is Oct. 24.

The pope’s prayer intention for the month of October is: “We pray that every baptized person may be engaged in evangelization, available to the mission, by being witnesses of a life that has the flavour of the Gospel.”

The intention and the pope’s video commenting on it are distributed by the Pope’s Worldwide Prayer Network, formerly known as the Apostleship of Prayer.

To be a missionary, the pope said in the video, “it’s enough to be available to answer his call and to live united to the Lord in the most common daily things – work, meeting other people, our daily duties, the chance events of each day – allowing ourselves to be guided always by the Holy Spirit.”

The way a Christian lives should provoke admiration in others, he said. Then they will ask, “How is it possible for this person to be this way?” or “What is the source of the love with which this person treats everyone – the kindness and good humour?”

Evangelization or missionary activity is not about forcing or coercing anyone, he said. “Mission is based on an encounter between people, on the testimony of men and women who say, ‘I know Jesus, and I’d like you to know him too.”