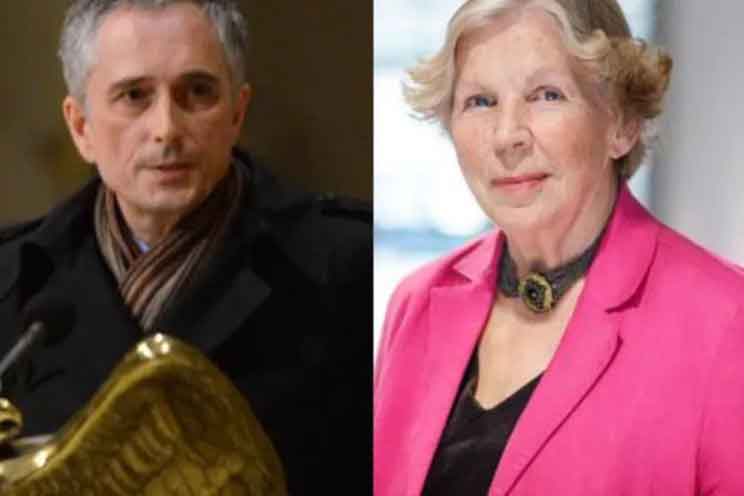 By Carol Glatz – Pope Francis has selected two German scholars as winners of the Ratzinger Prize.

– Hanna-Barbara Gerl-Falkovitz, a retired professor of philosophy of religions at the University of Dresden and an active contributor to the “Opera omnia” or collected works of St Edith Stein and the Italian edition of the collected works of Father Romano Guardini.

– Ludger Schwienhorst-Schönberger, a professor for Old Testament studies at the University of Vienna and chair at its Institute for Old Testament Biblical Studies. He is considered one of the leading experts in the so-called Sapiential books or Wisdom books of the Old Testament.

The prestigious award, a sort of “Nobel Prize in Theology,” is given to two scholars each year who stand out for their scientific research in the field of theology, regardless of their religious faith.

Pope Francis was scheduled to confer the award to the winners at the Vatican on Nov. 13.

Because last year’s ceremony was not held due to COVID-19 restrictions, the 2020 winners were also invited to attend the mid-November ceremony. Those winners were: Tracey Rowland, professor of theology at the University of Notre Dame Australia, and Jean-Luc Marion, a French philosopher and Catholic theologian.

The pope approves of the winners among a shortlist of candidates recommended by a papally appointed five-person committee of the Joseph Ratzinger-Benedict XVI Foundation, which was established in 2010 to support theological research and to promote studies on the theology and teaching of the retired pope.

The committee seeks to include experts who are not strictly theologians or specialists in sacred Scripture, but who still enrich theological studies through their work as artists, scientists or philosophers.