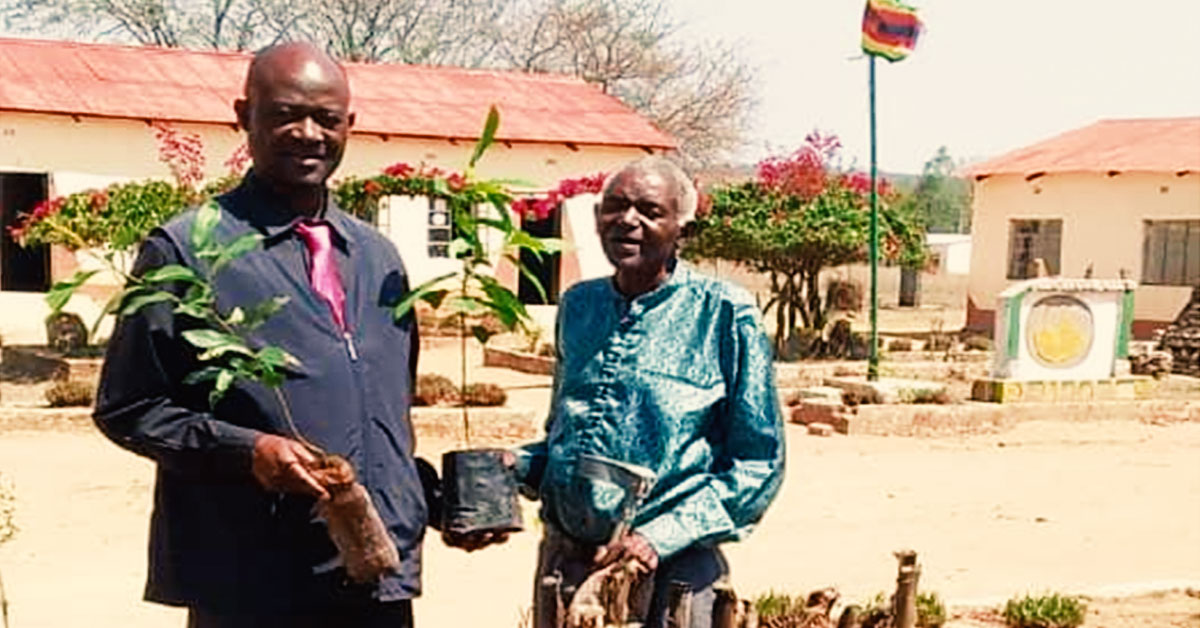 By Benjamin Takavarasha – Climate change is undoubtedly the most pressing global issue — or as one delegate to the recent UN Summit in Glasgow, the COP26, aptly put it, “the existential threat of our time”. But what does it mean from a Christian perspective?

In simple terms, it is an issue around changes to the climate deriving from human activity that threatens life on the planet — not just as an apocalypse on the horizon but one whose disastrous effects are felt right now.

We have recently experienced some of these effects in Southern Africa by way of unprecedented heatwaves, normal rainfall leading to floods, and even hurricanes. There are cataclysmic forebodings of an Armageddon if appropriate measures are not taken to mitigate global warming. New analysis shows that the world is still racing towards catastrophic warming of 2,4°C, well above the 1.5°C threshold agreed upon at the Paris Climate Talks in 2015.

More than practically any issue, Climate Change calls for international cooperation, because those countries that contribute negatively to climate change affect not just themselves but countries across the world. Here one may apply the words of the South African Nobel Peace laureate Chief Albert Luthuli: “What happens elsewhere affects us here.”

If climate change transcends international boundaries affecting people of different religions or none, what could a Christian perspective mean? At a Mass around the Glasgow summit this month, Jesuit Father John McCabe decried the conspicuous absence of a Christian voice at the summit.

The starting point is that God made us stewards of his creation and that we have not been good stewards, just as the squandering steward in the parable in Luke 16:1–2, or the Prodigal son. Stewardship was incorporated in the “Prayer for the COP26 Climate Talks” by the Catholic Agency for Overseas Development (Cafod) which was distributed in prayer cards to all Catholic parishes in the UK. It notes: “We acknowledge the responsibilities you have placed upon us as stewards of your creation.”

Pope Francis in his groundbreaking 2015 encyclical Laudato Si’ issued an urgent appeal “for a new dialogue about how we are shaping the future of our planet. We need a conversation which includes everyone, since the environmental challenges we are undergoing, and its human roots, concern and affects us all”.

Pope Francis draws in particular on his immediate predecessors over their concern for the environment: Popes Paul VI, John Paul II and Benedict XVI. He also draws on saints such as Francis of Assisi, patron of ecology, who would have been appalled at the export of live animals, elephants in particular, from Southern Africa country to China with no consideration to the impact on the ecosystem, and no concern about what would happen to those animals.

Nearer to home, the Catholic bishops of Southern Africa voiced their concern already 22 years ago. In their “Pastoral Statement on the Environmental Crisis” of September 5, 1999, they noted: “Everyone’s talents and involvement are needed to redress the damage caused by human abuse of God’s creation.”Surely this call for inclusiveness is an invitation for each of us to do our part.

Even before that, the Servant of God John Bradburne, who was based in and died in Zimbabwe, expressed concern about the environment well before such issues were topical when he decried deforestation in his poem “A Ballad of a Day of a Beheading”

‘When all the trees have been hacked down by greed
And fields yield naught but battle, pride and hate …’

How sadly ironic then that near his shrine near Mutoko, there have been reports about the destructive cutting down of trees for export to China. Thankfully, a key announcement at COP26 summit saw over 100 countries, including Brazil, China and Indonesia, make a commitment to reverse deforestation and land degradation by 2030. These countries represent over 85% of the world’s forests.

Scientific advice is available on how to address the problem especially at the deeper end with emissions by the powerful nations, but of itself, science cannot make executive decisions to implement the requisite measures. That is in the realm of political leaders, who generally seem to be more focused on profit, regardless of the consequences to the planet.

Pope John Paul warned that people frequently seem “to see no other meaning to their natural environment than what serves for immediate use and consumption”. Mathew 6:24 comes to mind: one cannot serve God and Mammon. By and large, humanity has chosen to serve Mammon. Big business, who genuflect to Mammon, constitute a powerful lobby against any meaningful reduction in emissions. The powerful nations in particular, to invoke Jesuit poet Gerald Manley Hopkins, act “in spite of the truth they know in them”.

But it would be wrong for developing world countries to view themselves entirely as victims. We need to look at our own negative contribution to the crisis: by commission and omission.

Commission comes in two ways: firstly, by allowing powerful nations to undertake trade and investments that are environmentally detrimental, be it mining or exports of, for example, in timber or live animals. Secondly, it’s what we do ourselves which is environmentally detrimental: deforestation, gold panning, degradation of dunes for mining or development, and so on.

Omission comes by way of failing to be proactive towards environmentally friendly measures.

Acts so small yet so large

At an individual or small community level, we are all urged to do our bit, be it energy-saving in our homes, minimising the use of plastic, recycling, growing produce in a little garden in our backyard. Looked at individually and in isolation, such acts may seem inconsequential in light of the crisis at hand. But adding up such action from like-minded people, the contribution is not that insignificant.

Besides, and more significantly, nothing done in the name of God and offered to him is ever too small. On that, the Bible reassures us. St Thérèse of Lisieux in her autobiography Story of a Soul wrote that if you pick up a pin from the floor with love, it can save a soul.

I know of an edifying story that I believe represents a beacon of hope. It involves trees, which present a simple but powerful and cost-effective weapon in the fight against climate change. They prevent flooding, and reduce temperature, pollution and soil erosion, and keep soil nutrient-rich

Against the backdrop of the efficacy of trees, let me take you to a rural school at Mukosi in Zimbabwe. In May it started a tree-planting project initiated by 93-year-old Jason Gavure, former headmaster of the school. He kickstarted the project by being the first to plant a tree and has encouraged other elders in the community to do the same. He has also donated seedlings from his nursery.

According to the present headmaster, Lighton Chinengundu, this encouraged the school to start its own nursery. In general, the project gets seeds and seedlings from nurseries in the local community to get different varieties of trees. Mr Chinengundu highlights the involvement of the pupils: “For watering, we involve school children as a way of making them appreciate the importance of growing of trees and looking after our forest.”The project has encouraged both the school and the local community to take ownership towards the greater good.

If we can embrace St Francis of Assisi’s famous Canticle and take the earth as a sibling and therefore beheld with love, whereby we would not only cease to abuse her but also dress and heal the wounds already inflicted on her, then we can echo St Paul that“faith, hope and love abide” (1 Cor 13:13).