Pope Francis on World Day of the Poor: Be tireless builders of hope 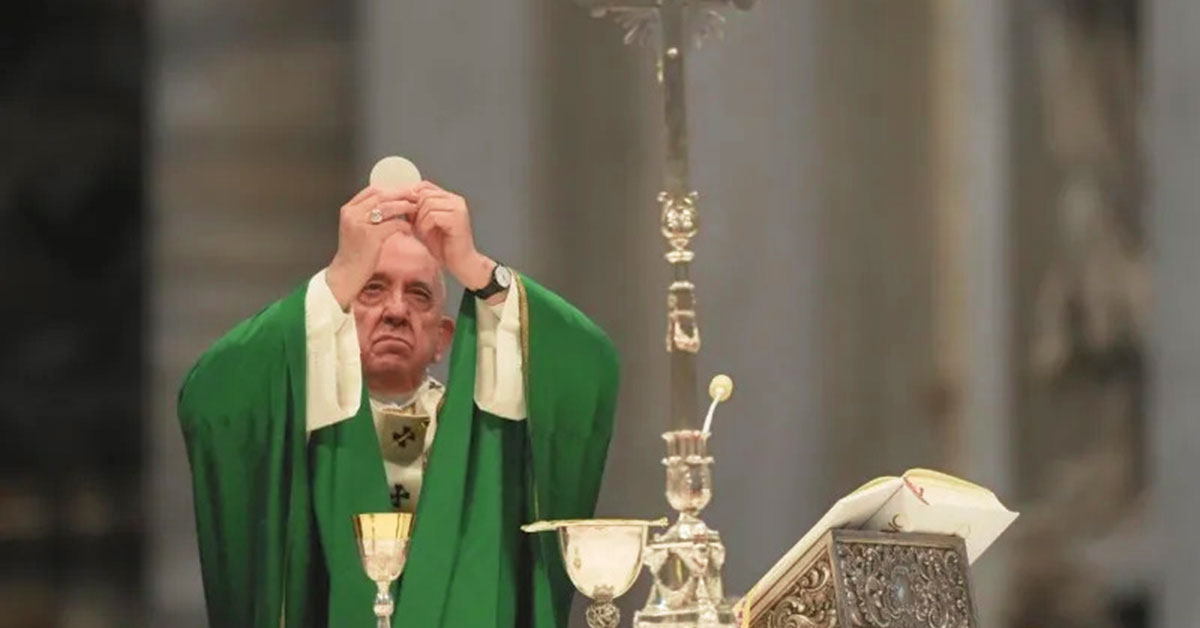 On the World Day of the Poor, Pope Francis urged Christians to be “tireless builders of hope” amid the darkness and suffering in the world.

“The World Day of the Poor which we are celebrating, asks us not to turn aside, not to be afraid to look closely at the suffering of those most vulnerable,” Pope Francis said in his homily on November 14.

“Let us ask ourselves: what is demanded of us as Christians in the face of this reality? We are required to nurture tomorrow’s hope by healing today’s pain,” he said.

The pope offered Mass in St Peter’s Basilica in the presence of 2,000 people living in poverty and the volunteers who assist them, according to the Vatican.

In his homily, Francis emphasised the importance of making “concrete gestures” and drawing close to the poor to “sow hope.”

“The hope born of the Gospel has nothing to do with a passive expectation that things may be better tomorrow … but with making God’s promise of salvation concrete today. Today and everyday,” he said.

“Christian hope is not the naive optimism … of those who hope that things may change, yet in the meantime go on with life; it has to do with building daily, by concrete gestures, the kingdom of love, justice, and fraternity that Jesus inaugurated.”

“This is what is asked of us: to be, amid the ruins of the everyday world, tireless builders of hope; to be light as the sun grows dark, to be witnesses of compassion amid widespread disinterest; to be an attentive presence amid growing indifference. Witnesses of compassion,” the pope said.

Pope Francis established the World Day of the Poor in 2016 at the end of the Church’s Jubilee Year of Mercy. The day is celebrated each year on the 33rd Sunday of Ordinary Time, a week before the feast of Christ the King.

“At the conclusion of the Jubilee of Mercy, I wanted to offer the Church a World Day of the Poor, so that throughout the world Christian communities can become an ever greater sign of Christ’s charity for the least and those most in need,” the pope wrote in his first World Day of the Poor message in 2017.

The theme of this year’s World Day of the Poor is “The poor you will always have with you,” the words of Jesus recorded in Mark 14:7 after a woman anointed him with precious ointment.

“Unless our hope translates into decisions and concrete gestures of concern, justice, solidarity and care for our common home, the sufferings of the poor will not be relieved, the economy of waste that forces them to live on the margins will not be converted, their expectations will not blossom anew,” Pope Francis said at the World Day of the Poor Mass.

“We Christians, in particular, have to ‘organise hope’ … to make it concrete in our everyday lives, in our relationships, in our social and political commitments.”

Pope Francis began the celebration of this year’s World Day of Poor with a pilgrimage to Assisi on November 12 in which he spent time with a group of 500 poor people from across Europe and listened to six moving testimonies.

“How lovely, evangelical and youthful is a Church ready to go out from herself and, like Jesus, proclaim good news to the poor.  A prophetic Church, which by her presence, says to the broken-hearted and the outcast of the world, ‘Take heart, the Lord is near. For you too, summer is being born in the depths of winter. Even from your pain, hope can arise again,'” Pope Francis said.

“Brothers and sisters, let us bring this outlook of hope to our world. Let us bring it with tenderness to the poor, with closeness, with compassion, without judging them – for we will be judged – Because there, with them, with the poor is Jesus; because there, in them, is Jesus, who awaits us.”