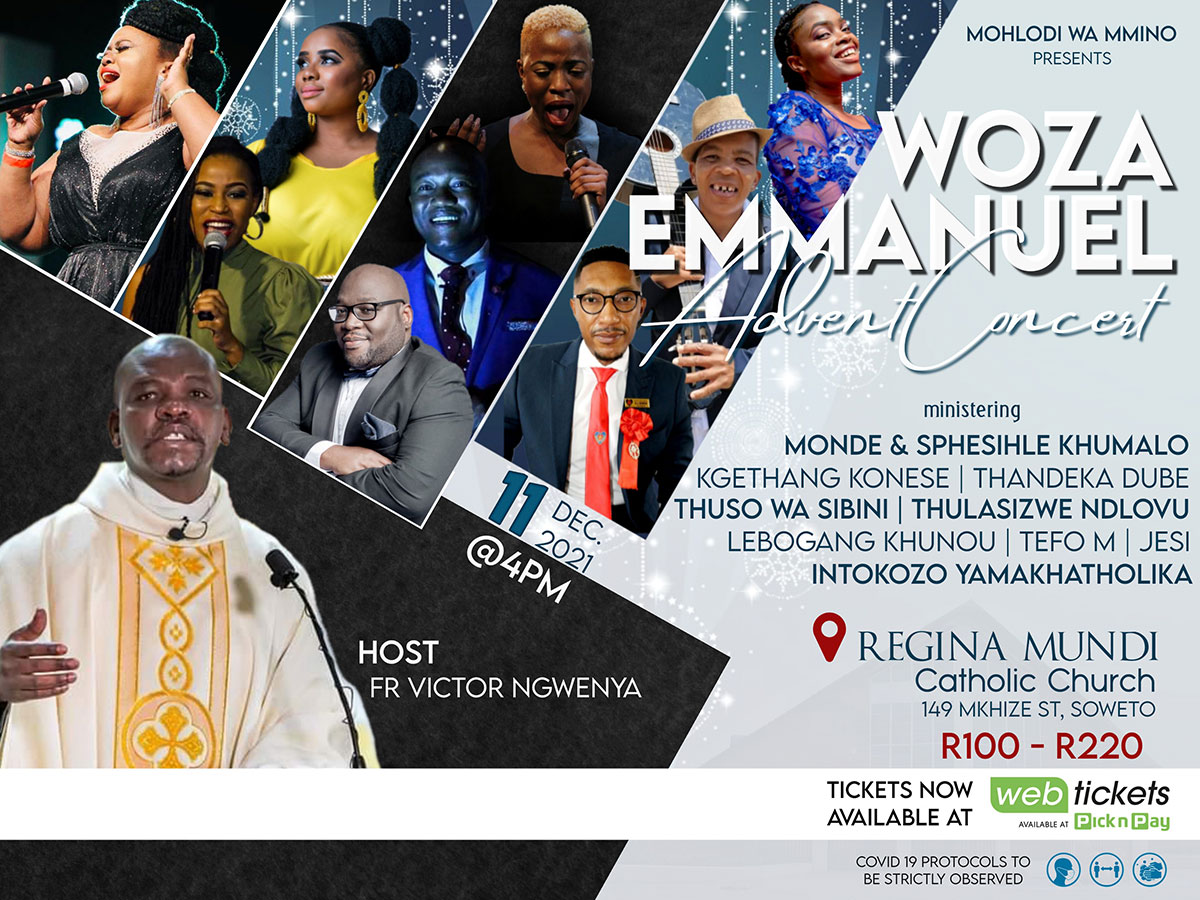 This December, Johannesburg will see another Advent concert featuring some of the hottest local talent in Catholic music.

Hosted by Fr Victor Ngwenya, the “Woza Emmanuel” festival of music will be staged on December 11 from 16:00 at the historic Regina Mundi church in Soweto.

Staged by Mohlodi wa Mmino, a Catholic-run company which specialises in artists and events, the festival follows last year’s successful event at Christ the King cathedral.

The line-up includes a number of artists who previously have been profiled in The Southern Cross, such as Thandeka Dube , Thuso Wa Sibini , and Thulasizwe Ndlovu.

Tickets are available from R100 to R220 at Webtickets (available at Pick n Pay stores).