A Special Saint for us 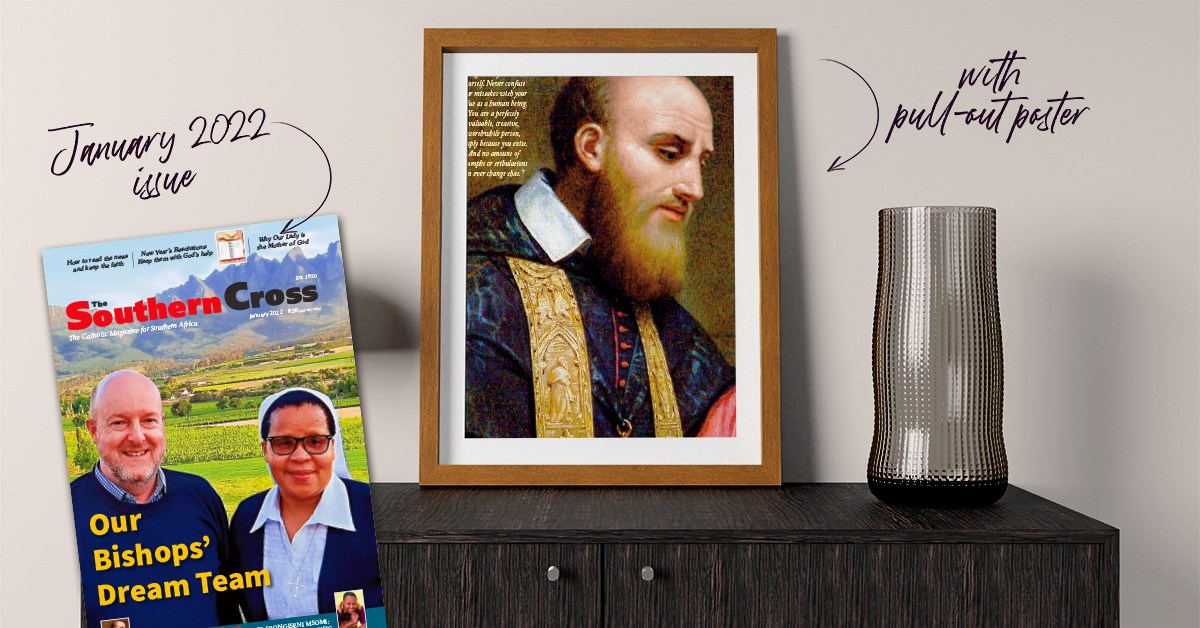 Dear Reader,
One of our most popular features, if feedback serves as a measure, is the Saint of the Month spread. I’ve been told that some people collect these features or frame the posters of saints for display at home. One reader told us that he keeps the articles in a flip-file, thereby creating an attractive “book of saints”.

For us at The Southern Cross, this month’s saint is particularly special: St Francis de Sales is the patron saint of the Catholic press. In December 2022, the Church will mark the 500th anniversary of the death of this kindly man of letters and Doctor of the Church.

In an unplanned twist of serendipity, or by the guiding hand of the Holy Spirit, our columnist Nthabiseng Maphisa framed her contributions around our Saint of the Month. So should there be readers who didn’t know much about the great St Francis de Sales before, this month’s issue provides relief.

We do need the continued intercession of St Francis de Sales. While the progress The Southern Cross has made since it transitioned from a weekly newspaper to a monthly magazine in September 2020 is remarkable, under the circumstances, it is alarming that many Catholics — even some former readers of the newspaper — don’t even know that this magazine exists. What does that tell us about the Catholic Church in Southern Africa? What can be done about it?

The question goes deeper than just the Catholic press. How many Catholics-in-the-pew know who their bishop is? How many know about the work of the Southern African Catholic Bishops’ Conference (SACBC)? And if the faithful don’t avail themselves of Catholic media — print, radio, digital — then how will they know?

If the faithful do not receive Catholic media — either because of their own indifference or that of those who might introduce them to it — where will they come to know about the good works of the Church, its evangelisation efforts, and its challenges? And where, outside the weekly sermon at Mass, do they receive their ongoing Catholic formation?

Coinciding with the feast of the patron of the Catholic press, we are running an interview with a Catholic journalist who has published a new book, titled Reading the News Without Losing Your Faith, on what amounts to media literacy. In the interview, Christopher Altieri rightly notes: “It’s important for everybody to know about what the Church is doing locally.”

Our cover story on the team that runs the SACBC’s secretariat in Pretoria is an example of telling the public “what the Church is doing locally”. Fr Hugh O’Connor and Sr Phutunywa Siyali neither need nor seek the spotlight of the media — featuring them was entirely our idea — but the Catholic public should know, and should want to know, who is guiding their Church on a national level.

One year into their term, the priest and the Holy Cross Sister are building on the robust legacy of long-serving secretary-general Sr Hermenegild Makoro CPS. On the cover, we call them a “Dream Team”, which is a comment on their respective qualifications as well as on their complementary and collegial leadership.

On pages 22-23 we feature a tribute to Salesian Father Pat McNaughton, an Irish missionary in South Africa. It is fitting to highlight the accomplishments of a
Salesian priest in the month of the feasts of both the founder of the Salesians, St John Bosco, and the saint after whom Don Bosco named his order, St Francis de Sales. Fr Pat certainly merits a tribute as an individual, but we hope that he will also stand as representative for all the great work done by the Salesians and, indeed, by all missionary priests.

Thank you for reading The Southern Cross, and please tell your friends about your monthly Catholic magazine!