Grace upon Earth!: The Nativity Of The Lord Midnight Mass 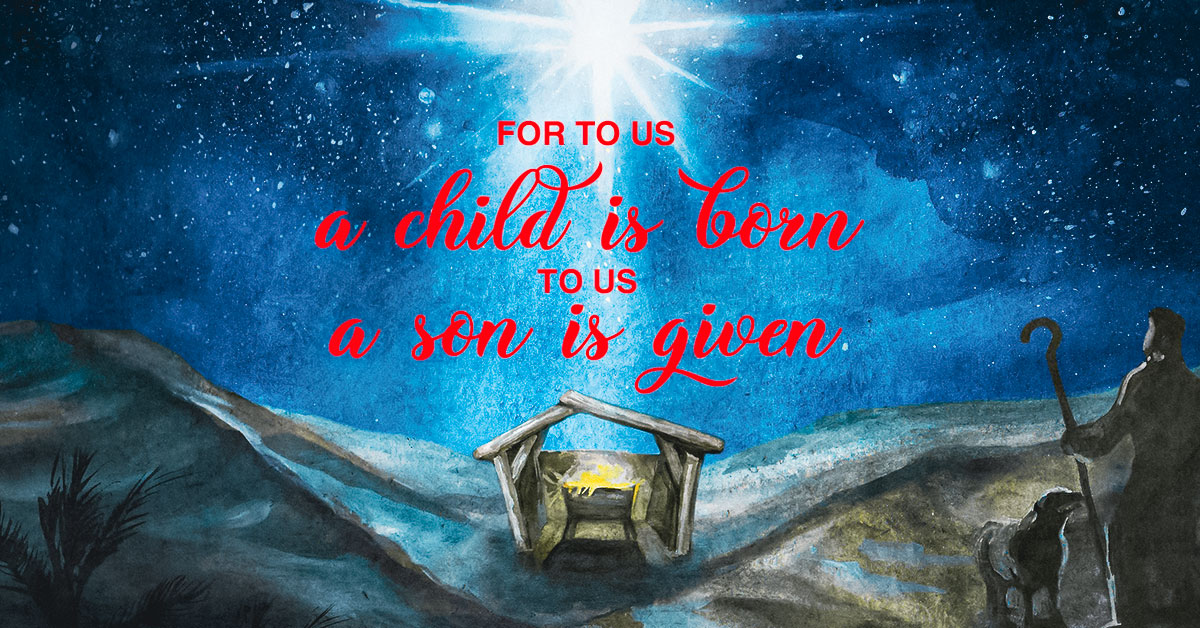 The Nativity Of The Lord – Midnight Mass

Theme: God became Fully Human for Humanity to be saved! Grace upon Earth! Christ born out of love!

Point of Reflection: Christmas commemorates the birth of Jesus, God’s own Son, as a human baby. At the same time, this festivity reveals that Jesus’ coming into this world in the human body was ultimately an expression of God’s grace aimed at giving his people eternal life, at leading them to salvation.

Sermon (Reflection): The first reading from the book of the prophet Isaiah contains the prophecy of a glorious future for the people of Israel. In its historical setting, this prophecy alludes to the Assyrian destruction of the Kingdom of Israel in 722 BC., describing it through frightening images of darkness and distress engulfing the land. Amidst this darkness, Isaiah’s words paint a picture of a profound change, a transition from darkness to great light, and from gloom to everlasting joy. This transition is sparked by the birth of a child.

The child in Isaiah’s prophecy is no ordinary baby. He is the future saviour-king, described through a series of splendid titles that describe him, and the nature of his future reign. Thus, he is “wonderful counsellor, mighty God, everlasting father, prince of peace”. Since such qualities befit God himself, this new-born child will be a true reflection of God, sharing God’s own qualities, and acting on God’s behalf. This child will be God descending into and intervening in human history.

This new king’s reign will lead the people into harmony with God, with each other, and with nature. His coming will mark the fulfilment of all human hopes for a blessed and secure life, far removed from the dual curse of war and death. The Israelites called this future king “the Messiah”, and the New Testament writers identify him as Jesus Christ.

In today’s second Scriptural reading, Paul looks at the very foundations for all Christian life writing about two comings of Christ.

First, he speaks of “the grace of God” which has appeared to bring salvation to all. This obviously refers to Christ’s coming into the world with the gift of salvation. This gift took shape of Jesus’ sacrificial death for the people as he “gave himself for us that he might redeem us”. Clearly, Jesus’ coming into the world and his redeeming death were the acts of God’s saving grace working through his Son.

The second coming of Jesus, his Parousia, is described in the words: “the blessed hope and the manifestation of the glory of our great God and Savior”. This awaited return of Christ in majesty and glory at the end of time with the gift of eternal life for his faithful is the perspective and horizon against which all life unfolds. Again, Paul sees the ultimate goal of all life as an expression of God’s grace.

Christians find themselves living between these two comings of Christ. The first coming, marked by Jesus’ birth and redeeming death, has already taken place. The second one, the return of Jesus with the gift of the final salvation, is yet to happen. Some theologians describe this in-between state as living in the “already and not yet”. Already redeemed, but still expecting the fullness of salvation, believers live in “blessed hope”. As they await the coming of Jesus, they must naturally conduct themselves in a manner corresponding to their calling.

Renouncing impiety and worldly passions, they must adopt a lifestyle marked by self-control and uprightness, eager for good deeds. Still, the beginning and the reason for such a life is the incarnation of Jesus, thus, an outpouring of God’s grace and the beginning of the life of “blessed hope”.

The Gospel passage of today brings together the themes of the first two readings in the story of Jesus’ birth, narrated by Luke. First, Luke situates Jesus’ birth in the historical context of the powerful but oppressive Roman Empire. Augustus Caesar, the Roman emperor, decreed a universal census. Such censuses were conducted for the purposes of taxation. Luke also reports that the census caused a massive displacement of the people who had to travel to their ancestral homes. These are the circumstances like those described by Isaiah – the Messiah will be born under the shadow of a hostile and destructive empire afflicting the people with violence and oppressive economic burdens.

In this hostile environment, God’s intervention would take place. By ordering the census, Augustus Caesar forced Mary and Joseph to travel to Bethlehem so that Jesus would be born where the Messiah of Israel was expected to come into the world, in Bethlehem. Ironically and unknowingly, the Roman emperor served the divine purpose.

In further fulfilment of Isaiah’s prophecy, an angel appears to a handful of shepherds with a message declaring that the Messiah has been born. Just as in the prophecy, the Messiah is a child lying humbly in a manger. But his lowly and humble appearance is deceiving. When the angelic host sings God’s praises and proclaims that God’s peace has arrived upon the earth, they imply that this child, Jesus, is indeed the “prince of peace” – he is the one who will bring God’s kingdom into the world. The angels also declared that this peace comes upon those “whom God favours”. Here, we find a connection with the second reading and with Paul’s description of Jesus as God’s grace incarnate.

God’s grace, synonymous with God’s favour, is bestowed upon the faithful through the child who has been born. Jesus’ arrival in the world initiates the time of humanity’s restoration. This restoration will be the work of God’s grace working through his Messiah, Jesus.

Christian Act in Word of God “God has become Human: grace upon Earth”

While rejoicing over the birth of a child, Christmas commemorates a supreme act of God’s grace poured upon the world. This grace is meant to restore, redeem, and, ultimately, to save the people. The prophet Isaiah looked to the birth of a royal child as a turning point in the destiny of his people. Paul wrote about the coming of Christ as an act of God’s grace that forever altered the course of life and the destiny of believers. Luke showed that the birth of Jesus means that God’s Messiah and Saviour had begun his work of transforming the world and human history. Through Jesus, God’s grace was poured upon the world; Jesus indeed is God’s grace incarnate.

Yes, because of Christmas, we have been offered access to a brand-new life. Christmas reminds us that God has not left us to grope in the dark. In Christ, we have found the light that leads us out of the darkness. Such an event fills us with joy. This is echoed in the prophecy of Isaiah, “the people who walked in darkness have seen a great light; upon those who lived in a land of deep darkness a light has shone…You have brought them abundant joy and great rejoicing”. The joy of God’s grace incarnate is buttressed in our Gospel text, where the angel said to the shepherds, “I am bringing you good news of great joy for all the people”.

In celebrating Christmas, we do not engage ourselves in an empty ritual. Rather, we relive the deepest expression of God’s love for us. God’s grace incarnate means that the Lord is so close that none of us should ever accommodate a feeling of helplessness. Help is available for anyone who is willing to receive it.

St. Augustine, rightly said, “God is closer to us than we are to ourselves.” That is the essence of the incarnation. Christmas is an unforgettable moment in the history of humanity. The birth of Christ has changed the course of the world’s history for good. Therefore, this day qualifies as the happiest day in the life and history of humankind.

Action: May my everyday living be Christmas

Prayer: Eternal Father, the birth of Christ your Son fills us with immense love and joy. Now, in Christ, we have access to salvation. May the event of Christmas deepen our love for you and our neighbour, we ask this through Your Son Jesus Christ who lives and reigns with You in the unity of the Holy Spirit, one God forever and ever, Amen.