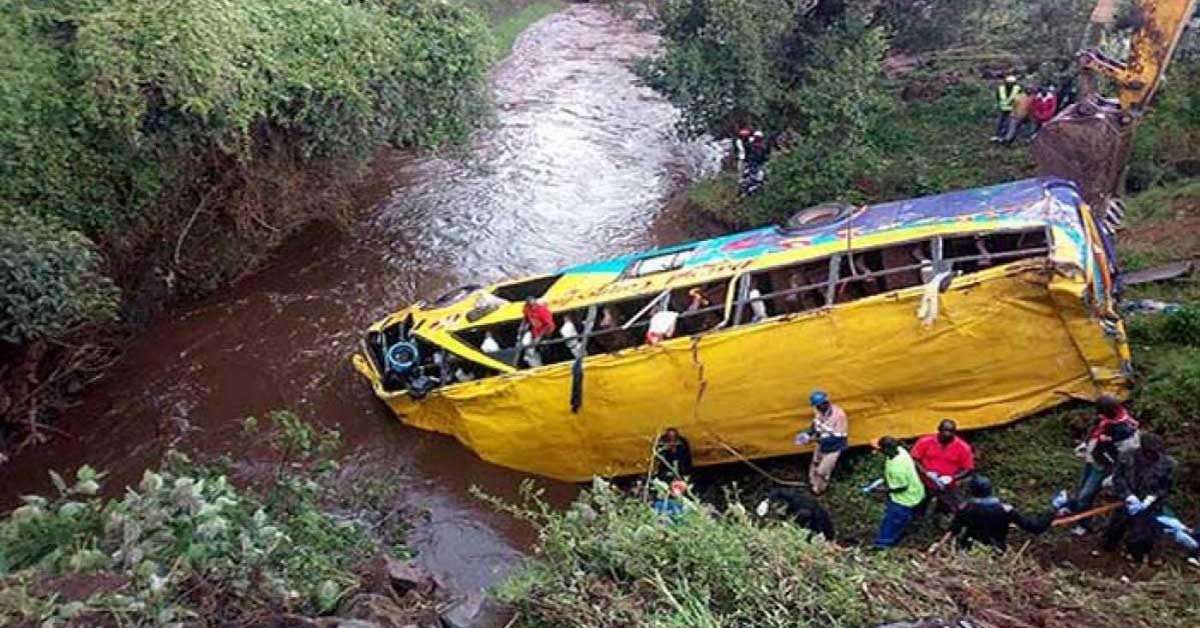 By Fredrick Nzwili – Bishop Joseph Mwongela of Kitui urged hope as his diocese continued to mourn the death of at least 32 people, killed when a bus carrying a Catholic choir plunged into the Enziu River.

The choir from Good Shepherd Parish in Mwingi had hired a church seminary bus to carry members and relatives to a renewal of vows for an elderly couple. One family lost 11 members. At least 30 people were rescued.

“It is very sad. The people are devastated, but we are journeying with them. We want them to have hope. This has happened, but Advent is a season of hope,” Bishop Mwongela told Catholic News Service in a telephone interview. “The people had bonded very well. They were very close together.”

Father Michael Ngunia of Good Shephard Parish expressed shock and sadness that the people died while travelling to a joyful event.

“The choir was singing and dancing on the river bank in readiness for the wedding. Moments later many of them were dead. It is very tough for the community,” said Father Ngunia.

Bishop Mwongela said the church has dispatched teams to offer psychosocial support to the families and planned a memorial Mass for the victims.

“They have promised to build a bridge on this river, but I think they should also focus on all other (bridges), here and beyond, where there are no bridges,” said the bishop.

The bus, with a 51-person capacity, was reportedly overloaded after more people jumped on board as it started crossing the swollen river.

President Uhuru Kenyatta sent condolences to the families of the victims and urged Kenyans to avoid crossing swollen rivers in the rainy season.