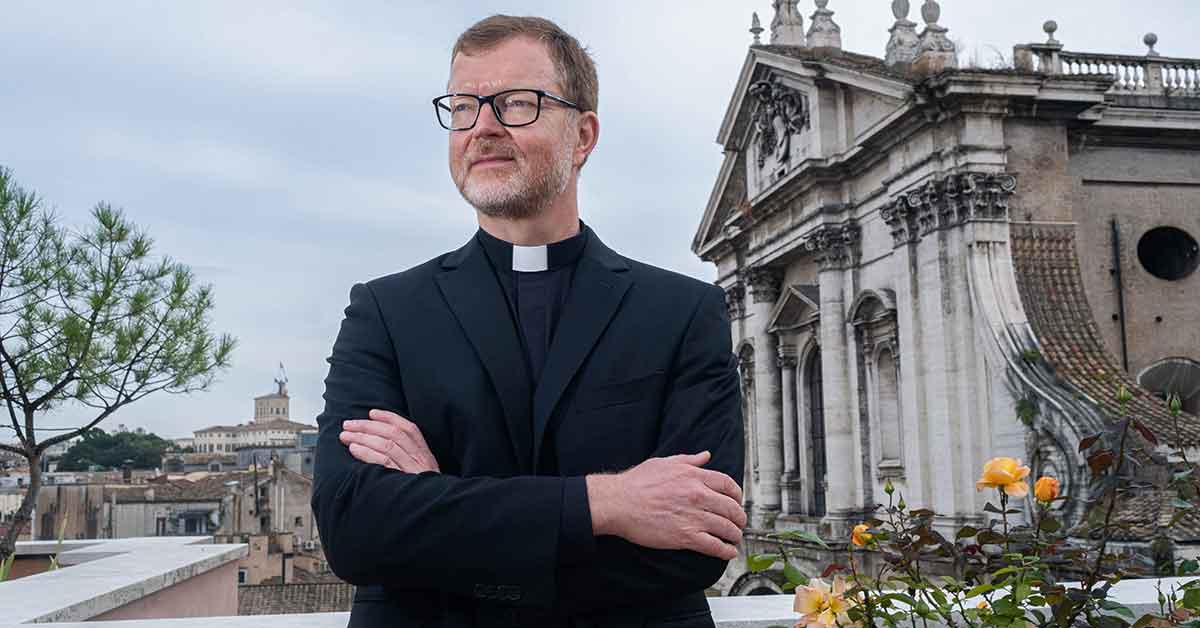 By CNS – Following the publication of an experts’ report on how sexual abuse was handled in the Archdiocese of Munich and Freising, the German Catholic news agency KNA spoke to Jesuit Father Hans Zollner, a member of the Pontifical Commission for the Protection of Minors since its creation and president of the Institute of Anthropology: Interdisciplinary Studies on Human Dignity and Care at Rome’s Pontifical Gregorian University.

KNA: Father Zollner, you were questioned by the Munich law office Westpfahl Spilker Wastl beforehand in preparing its experts’ report. What exactly was your contribution?

Father Zollner: What I knew was that part in which the experts wrote about the potential theological, canonical and systemic consequences. I did not see a single file, not a single statement of a contemporary witness. It was only about the theoretical conclusions of the experts that I offered my assessment.

KNA: What’s your evaluation of the final result?

Father Zollner: My comments were taken up. Following the reactions of the victims and others, what makes this latest report so valuable is its comprehensive approach. For it deals not only with the legal aspects, but also measures what happened against the church’s self-image. Which, by the way, was also the instruction. Additionally, it shows that an experts’ report that was assigned and paid for by the church can very well be independent. The matters are clearly addressed and the methodology worked: Not only were documents evaluated, but also the victims were included and contemporary witnesses questioned.

Father Zollner: He should make a simple, personal statement. In it, he could say “I don’t recall having taken part in the meeting in question. If I was there, then I made a mistake and I apologise. Even if psychologists gave a different assessment of those cases at that time, I should have devoted greater attention to the matter. I’m sorry about that.”

KNA: What’s your assessment of his 82-page statement?

KNA: What comes next after this latest report?

Father Zollner: Clarification in the sense of the study of documents and questioning contemporary witnesses is only one element of reappraisal. Now the trust of those who were damaged must slowly be won back, possibly with expanding an ombudsman’s office, which is more than a diocesan contact partner. They have to go to congregations and families where there have been, and still are, irritations and divisions. To create a climate in which wounds can heal.

KNA: What do you expect from those who were named in the report as being responsible?

Father Zollner: Each one individually should take a concrete, perceptible and understandable position and signal that they understand. The lawyer (Marion) Westpfahl said something that I also noticed in my discussions with theologians: Church representatives give the impression that they do not believe in the power of the sacrament of reconciliation – the confession – when they deal with the sins and failures of those in position of responsibility. Examination of conscience – in this case: the experts’ report – confession, repentance and an act of compensation: All these are, according to classic Catholic teaching, a condition for forgiveness. This is true for individuals, but also for dioceses and bishops’ conferences.