From Violence to Respect for Life 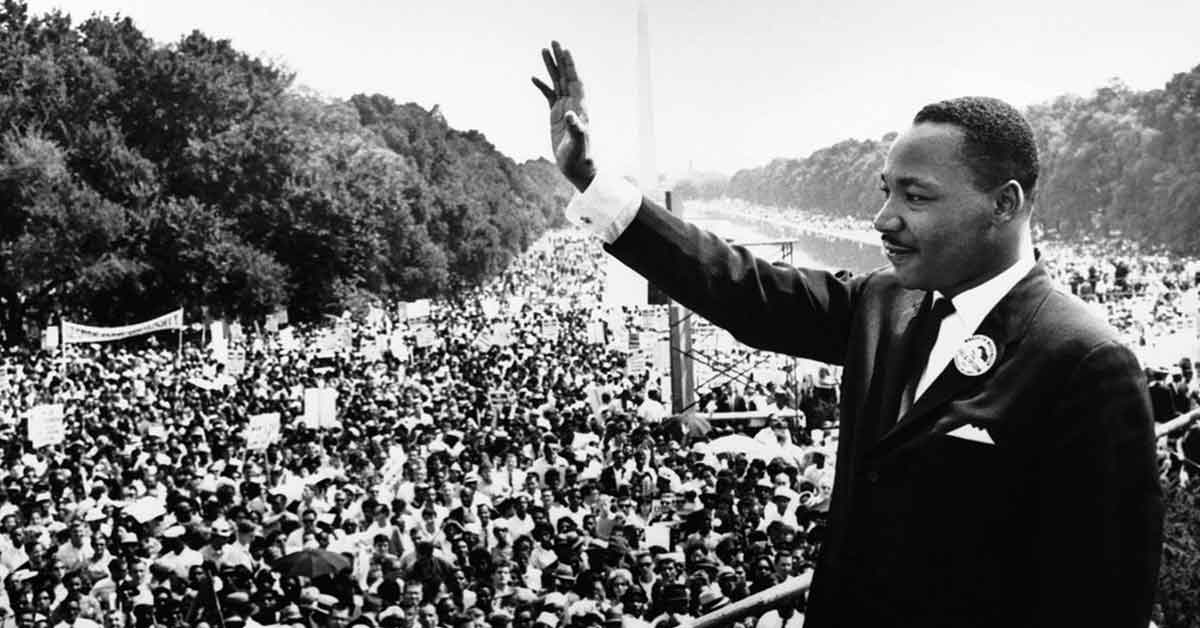 On 17 January it was the U.S. holiday commemorating the great civil and human rights leader Rev. Martin Luther King, Jr.

On the evening of April 4, 1968, after preaching and being present in solidarity with poorly paid African American sanitation workers, King, while standing on the balcony of the Lorraine Motel in Memphis, Tennessee, suffered a fatal bullet wound – leaving this world at the young age of 39.

On that sad day America, and indeed the entire world, lost a powerfully prophetic voice and courageous witness to the nonviolent peace teachings of Jesus Christ.

But a fatal bullet that murdered King, could not silence his truthful words which continue to challenge a nation and world to completely abandon its deep-seated acceptance and addiction to violence in all hellish forms – from militarism and war to hand-gun murders and abortion.

The messenger was killed, but his message lives on!

King wisely observed “The ultimate weakness of violence is that it is a descending spiral begetting the very thing it seeks to destroy, instead of diminishing evil, it multiplies it. Through violence you may murder the liar, but you cannot murder the lie, nor establish the truth. Through violence you may murder the hater, but you do not murder hate. In fact, violence merely increases hate. Returning violence for violence multiplies violence, adding deeper darkness to a night already devoid of stars. Darkness cannot drive out darkness; only light can do that. Hate cannot drive out hate; only love can do that.”

And as I write, in few days on Jan. 22, hundreds of thousands of people throughout the U.S. will nonviolently gather to prayerfully protest the infamous Jan. 22, 1973 decision by theU.S. Supreme Court legalising the fatally violent procedure of abortion. In judging the Roe v. Wade and Doe v. Bolton cases that day, the majority of justices effectively decreed that unborn babies could be legally aborted (read murdered) for virtually any reason – physical, emotional, psychological, familial, and the woman’s age – during all nine months of pregnancy.

Tragically, everyday over 3,000 legal abortions are performed in the U.S. the daily number of abortions worldwide is approximately 125,000 deaths (see: https://www.worldometers.info/abortions/).

If alive today, where would the nonviolent Martin Luther King stand on abortion? According to his niece, Alveda King, Rev. King would resoundingly oppose this deadly violence inflicted upon millions of unborn human beings.

Unborn rights activist Alveda King, reportedly said, “I know in my heart that if Uncle Martin were alive today, he would join with me in the greatest civil rights struggle of this generation – the recognition of the unborn child’s basic right to life.”

Jesus taught the Almighty “is not God of the dead, but of the living.” Therefore, as disciples of the God of life, we have the divine calling and obligation to respect, nonviolently defend, promote, and enhance the dignity and life of every single human being born and unborn – especially the most vulnerable, especially those most in need of our compassionate care.

With the grace of God, let us muster up the faith and courage to confront violence with nonviolence. Here are powerful words from Rev. Martin Luther King to inspire us along this journey: “Hate is too great a burden to bear. Somehow we must be able to stand up before our most bitter opponents and say, ‘We shall match your capacity to inflict suffering by our capacity to endure suffering. We will meet your physical force with soul force. … We will not only win our freedom for ourselves; we will so appeal to your heart and conscience that we will win you in the process, and our victory will be a double victory.’”