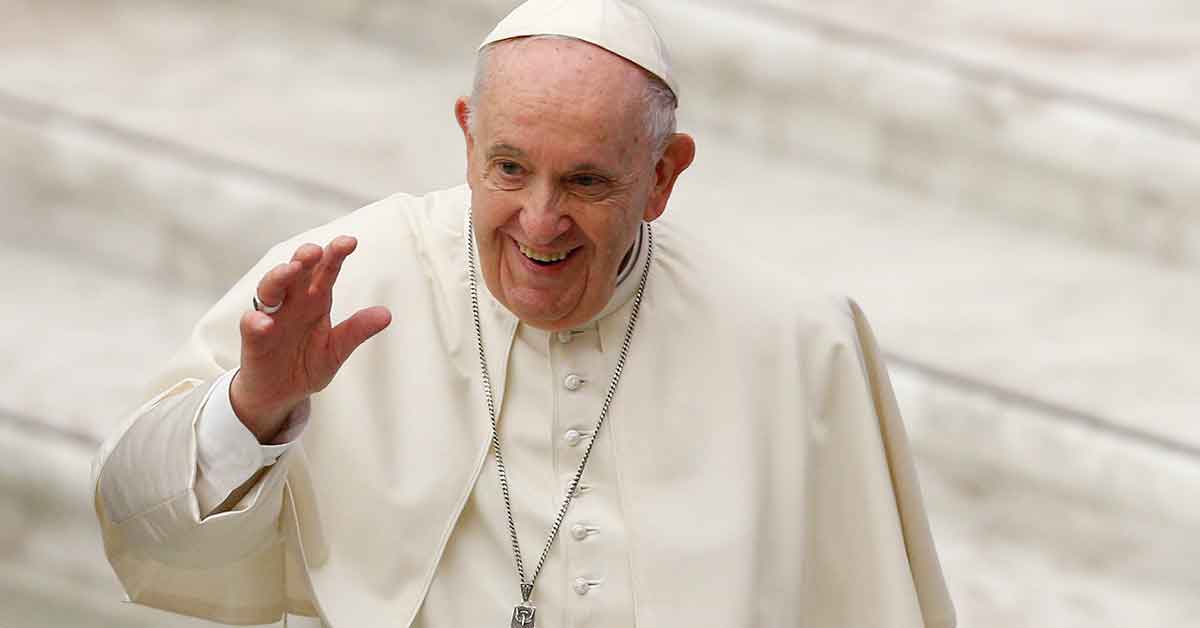 By Cindy Wooden – Like millions of Catholics around the world, Pope Francis has watched a televised Mass and joined his prayers to those of the celebrants.

After reciting the Angelus prayer on Jan. 30 with visitors in St Peter’s Square, the pope offered greetings to the men and women of the Salesian order, “who do so much good in the church.”

On the eve of the feast of St John Bosco, founder of the Salesians, he told the crowd, “I followed the Mass celebrated in the shrine of Mary Help of Christians (in Turin) by the rector major, (Father) Ángel Fernández Artime. I prayed with him for everyone.” The Mass was broadcast live at 10 a.m. on Italy’s main public TV station, RAI 1.

Pope Francis grew up in a family that was close to the Salesians and, in the late 1940s, when his mother was ill, he and his brother were enrolled at a Salesian boarding school.

St. John Bosco, the pope said at the Angelus, “did not shut himself up in the sacristy; he did not close himself off in his own things. He went out into the streets to look for young people with the creativity that was his hallmark. Best wishes to all Salesians!”

The pope also used his Angelus address to send best wishes to the people of China and other parts of Asia preparing to celebrate Lunar New Year Feb. 1, expressing his hopes that “in the new year everyone may enjoy peace, health and a peaceful and secure life.”

While Lunar New Year often is an occasion for family celebrations, Pope Francis acknowledged that because of the COVID-19 pandemic, many families would not be able to gather. “I hope that we will soon be able to overcome this trial.”

In his main Angelus address, Pope Francis spoke about the day’s Gospel reading, which was a story from Luke about Jesus speaking in the synagogue of Nazareth and angering the locals who thought they knew him.

“The hostility toward Jesus on the part of his people provokes us: they were not welcoming – but what about us?” the pope asked.

Too often, he said, people today are like the crowd in Nazareth, wanting Jesus to perform a miracle, but “if we look for miracles, we will not find Jesus.”

“He is found only by those who accept his ways and his challenges, without complaint, without suspicion, without criticism and long faces,” the pope said. “In other words, Jesus asks you to accept him in the daily reality that you live; in the church of today, as it is; in those who are close to you every day; in the reality of those in need, in the problems of your family, in your parents, in your children, in grandparents, in welcoming God there.”

Especially after a fairly long life as a Christian, he said, it is tempting to think that one knows Jesus and everything about him.

“The risk is that we get accustomed, we get used to Jesus,” the pope said. “We close ourselves off to his newness, to the moment in which he knocks on our door and asks something new.”