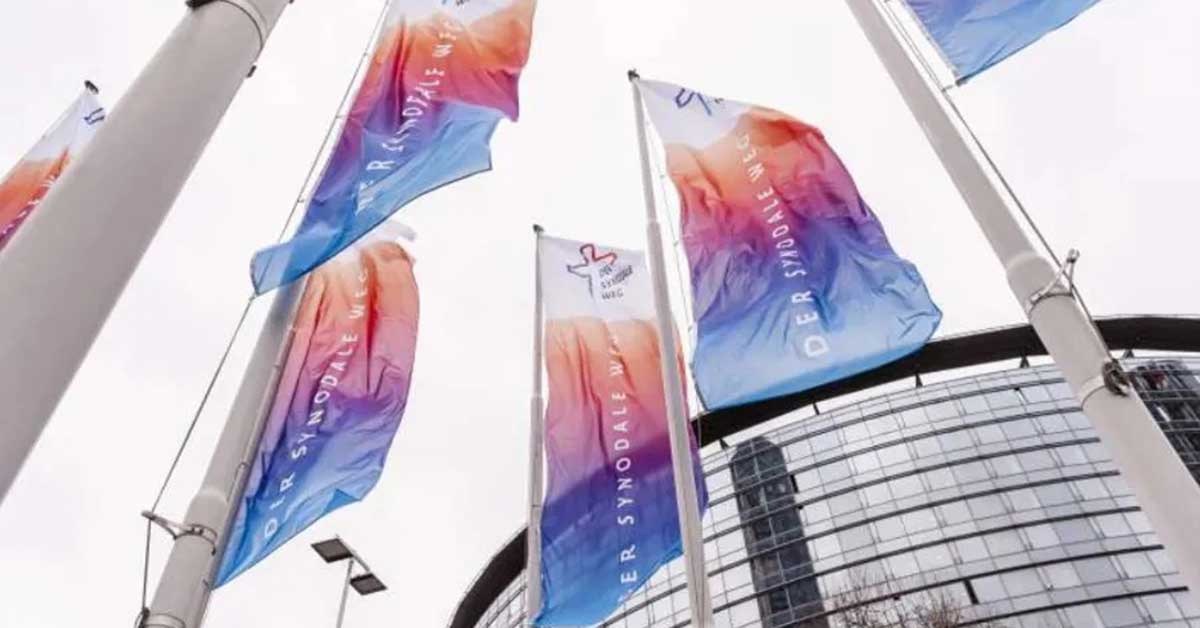 Participants in the German Catholic Church’s “Synodal Way” voted in favour of a text calling for the ordination of women priests.

CNA Deutsch, CNA’s German-language news partner, reported that the text was passed by 174 votes in favour, 30 against, and 6 abstentions on February. 4 during a plenary session of the Synodal Way, a controversial multi-year process bringing together the country’s bishops and lay people.

The vote will be seen as a direct challenge to the Vatican, which has underlined that the Church has no power to ordain women as priests.

The document, entitled “Women in Ministries and Offices in the Church,” said: “It is not the participation of women in all Church ministries and offices that requires justification, but the exclusion of women from sacramental office.”

The vote came on the second day of a meeting of the Synodal Assembly, the supreme decision-making body of the Synodal Way, in Frankfurt, southwestern Germany.

The assembly consists of the German bishops, 69 members of the powerful lay Central Committee of German Catholics (ZdK), and representatives of other parts of the German Church.

In a debate before the vote, several speakers criticised the text, which will form the basis of further discussions before the Synodal Way’s expected conclusion in 2023.

The third Synodal Assembly of the ‘Synodal Way’ in Frankfurt, Germany, on Feb. 4, 2022. Max von Lachner/Synodal Way.The vote came a day after members of a German group called “New Beginning” urged bishops around the world to speak out against the Synodal Way.

“The next schism in Christendom is just around the corner. And it will come again from Germany,” they said.

Earlier on Friday, members of the Synodal Assembly backed an appeal to relax the celibacy requirement for priests in the Latin Church, when they endorsed a text on “the pledge of celibacy in priestly ministry.”

The document called for priestly celibacy to be optional and for the ordination of “viri probati,” or mature, married men. It suggested that the topic could be discussed at a future ecumenical council, a solemn gathering of the world’s bishops.

Later on Feb. 4, the assembly voted in favour of further debating a document calling for women deacons, by 163 votes in favour, 42 against, and 6 abstentions.

It also approved a text calling for the involvement of lay people in the selection of new bishops, by 177 yes votes, with 24 against and 6 abstentions. The proposal was backed by 79% of the bishops present.

On the first day of the Synodal Assembly, which ends on Feb. 5, members approved an “orientation text,” setting out the Synodal Way’s theological underpinnings, as well as a document on “power and the separation of powers in the Church,” reported CNA Deutsch.

Recent popes, including Pope Francis, have emphasised that priestly ordination in the Catholic Church is reserved to men.

In his 1994 apostolic letter Ordinatio sacerdotalis, Pope John Paul II wrote that “the Church has no authority whatsoever to confer priestly ordination on women and that this judgment is to be definitively held by all the Church’s faithful.”

During an in-flight press conference in 2016, Pope Francis was asked whether there were likely to be women priests in the Catholic Church in the next few decades.

“As for the ordination of women in the Catholic Church, the last clear word was given by St. John Paul II, and this holds,” he replied.

Last month, it emerged that a website overseen by the General Secretariat of the Synod of Bishops at the Vatican had linked to a group campaigning for women’s ordination.

Thierry Bonaventura, communication manager of the General Secretariat of the Synod of Bishops, told CNA that the website was not promoting the group.

“I would rather speak of ‘sharing,’ as the title of the website,” he said.

Since his election in 2013, Pope Francis has asked two commissions to study the question of a female diaconate in the Catholic Church.

The first, established in 2016, examined the historic question of the role of deaconesses in the early Church but did not reach a consensus.

He instituted a second commission in 2020, following discussion of the female diaconate during the 2019 Amazon synod.

He changed Church law in January 2021 so that women can be formally instituted to the lay ministries of lector and acolyte.

Pope Francis addressed concerns about the Synodal Way in an interview with the Spanish radio station COPE aired last September.

Asked if the initiative gave him sleepless nights, the pope recalled that he wrote an extensive letter that expressed “everything I feel about the German synod.”

Responding to the interviewer’s comment that the Church had faced comparable challenges in the past, he said: “Yes, but I wouldn’t get too tragic either. There is no ill will in many bishops with whom I spoke.”

“It is a pastoral desire, but one that perhaps does not take into account some things that I explain in the letter that need to be taken into account.”