Pope: Do Not Be Afraid to Vent to God 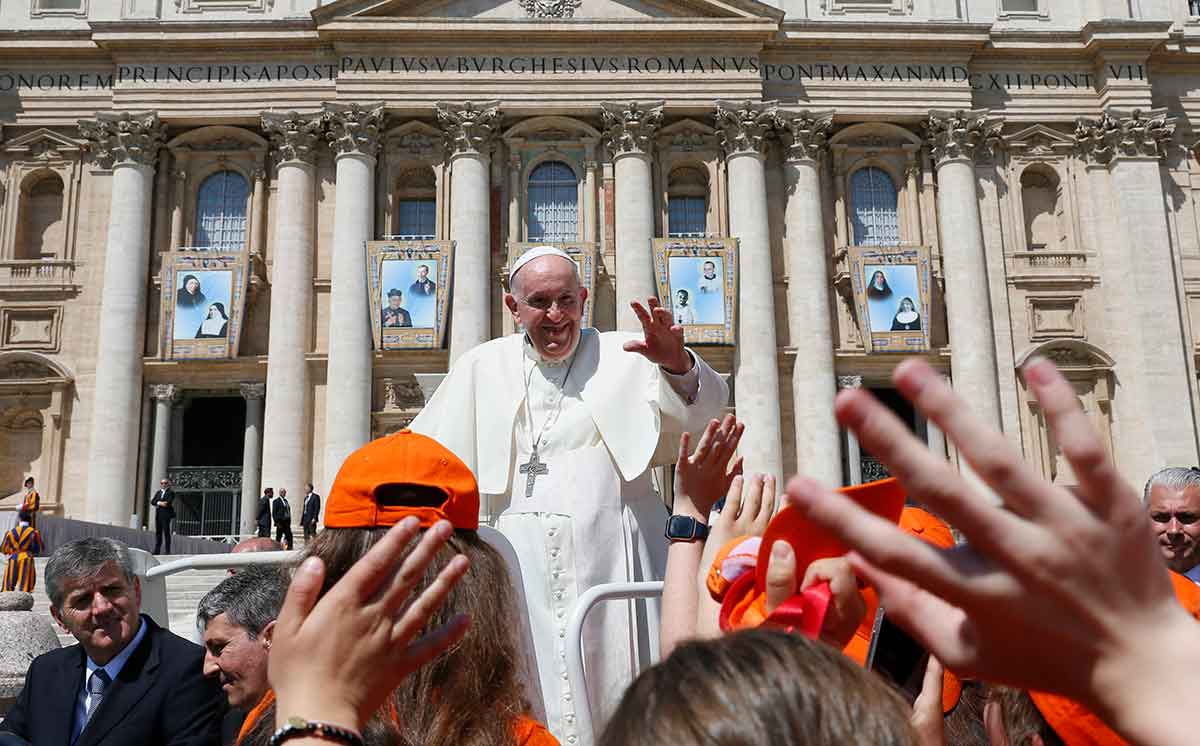 Pope Francis greets a group of children as leaves his general audience in St. Peter’s Square at the Vatican May 18, 2022. (CNS photo/Paul Haring)

By Carol Glatz – Pope Francis praised the way people have faced the trials and losses in their lives with a firmness of faith in God’s promises and love.

“We have all known people like this. We have been impressed by their cry, but we have also stood in admiration at the firmness of their faith and love,” the pope said during his general audience in St. Peter’s Square May 18.

Admirable examples include parents of children with serious disabilities, those who live with a permanent illness or those who are assisting a member of their family — all situations that are made worse when coupled with economic difficulties, he said.

Sometimes these burdens accumulate, seeming to pile on all at once, which is what has “happened in these years with the COVID-19 pandemic, and is happening now with the war in Ukraine,” the pope said.

Continuing his series of talks dedicated to the meaning and value of “old age,” the pope reflected on an event in the life of Job, who suffered a devastating series of catastrophes and losses. Job’s friends tell Job that his plight must be punishment for personal wrongdoing and a call from God to repent.

However, the pope said, God praises Job “because he understood the mystery of God’s tenderness hidden behind his silence.” Job is a witness of a faith who “does not accept a ‘caricature’ of God, but protests loudly in the face of evil until God responds and reveals his face,” which is tender and respectful.

“God rebukes Job’s friends who presumed they knew everything, knew about God and about suffering, and, having come to comfort Job, ended up judging him with their preconceived paradigms,” he said.

The Book of Job represents what happens when it seems an excessive and unjust amount of suffering befalls an individual, a family or a people, he said, reflecting that saying, “When it rains it pours.” 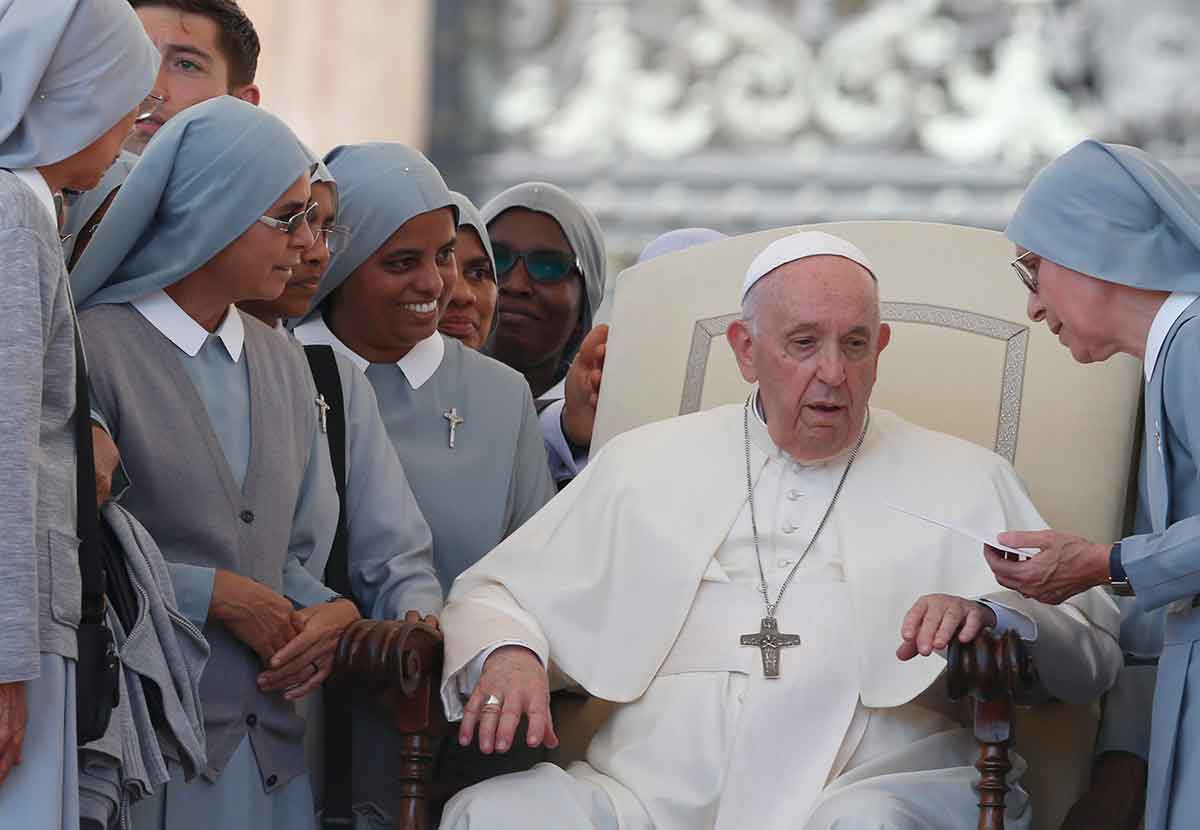 Pope Francis meets a group of nuns during his general audience in St. Peter’s Square at the Vatican May 18, 2022. (CNS photo/Paul Haring)

People cannot justify or blame this excessive evil on nature, history or the sins of the victims, as if they deserve it, he said.

However, God is not afraid of confrontation, and Job’s protest is a way to pray, like children may protest against their parents to capture their attention and signal their need for care, he said.

It is OK to object “even to God. God will listen to you. God is a father. God is not afraid of our prayer of protest,” so people can be free and spontaneous in expressing themselves in prayer, the pope said.

“The turning point in the conversation of faith comes right at the height of Job’s venting, where he says, ‘I know that my redeemer lives,'” and he knows that he shall see God, the pope said.

So many people get to know God better after reaching out to him after experiencing things that are “a bit ugly, a bit dark,” he said.

These people “have also seen the inconsistency of human promises. Lawyers, scientists, even men of religion, who confuse the persecutor with the victim, insinuating that they are fully responsible for their own suffering. They are mistaken!” the pope said.

The pope praised those elderly who can turn resentment “into a tenacity for awaiting God’s promises” because they are an example to the rest of the faith community about facing “the excesses of evil.”