Religious Brothers Can Now Be Superiors of Orders with Priests 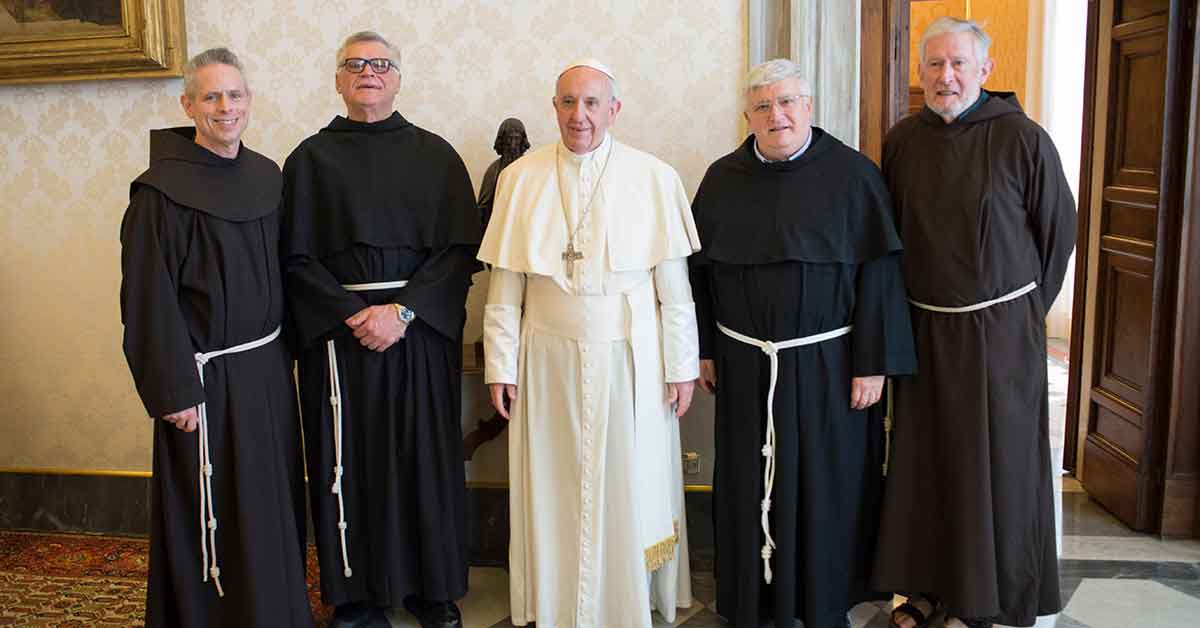 By Cindy Wooden – Granting an exception to canon law, Pope Francis said the Vatican office that deals with religious orders can permit men’s communities that are made up of both priests and brothers to choose one of the brothers to be a provincial superior or even the superior general.

A rescript from the Congregation for Institutes of Consecrated Life and Societies of Apostolic Life published by the Vatican May 18 said the approval for appointing or electing a brother to head a “clerical institute” would be given “discretionally and in individual cases.”

In 2017, the heads of the four men’s branches of the Franciscan family – the Friars Minor, Capuchins, Conventual Franciscans and the Third Order Regulars – asked Pope Francis to allow them to elect brothers to leadership positions, including those with authority over ordained priests.

Father Michael Perry, who was minister general of the Friars Minor at the time, said such permission would allow the Franciscans to live the order’s ideal of leadership, which should challenge the friars – brothers among themselves, whether ordained or not — “to ‘minority,’ to not going up, but going down.”

Minority, Father Perry had told Catholic News Service, is the opposite of clericalism, which is “a drive upward as if upward mobility offered something, some security and guarantee of fidelity, a way of controlling people so they remain faithful to the truth. Franciscans, we don’t see it this way.”

St Francis of Assisi was never a priest, he noted, and for the first 30 years of the order’s existence the friars were allowed to elect brothers to leadership roles, including as minister general, and they did so.

Father Perry said that if Pope Francis granted the request, it also would have implications for leadership, authority and governance in the wider church because, while affirming the special and irreplaceable role of the ministerial priesthood within the Catholic Church and within religious orders because of the sacraments, it also would recognise that governance does not have to be tied to ordination.

The rescript does not give permanent permission to the Franciscans to elect a brother as superior nor does not mention the order or any other community by name.

Instead, the rescript said a superior general, with the consent of his council, can appoint a brother to be the local or provincial superior of a religious order with both brothers and priests. However, it said, for a brother to be appointed or elected superior general, a “license” must be obtained from the Congregation for Institutes of Consecrated Life and Societies of Apostolic Life.

The Vatican office, it said, “reserves the right to evaluate the individual case and the reasons given by the supreme moderator or the general chapter” of the order for choosing a brother.