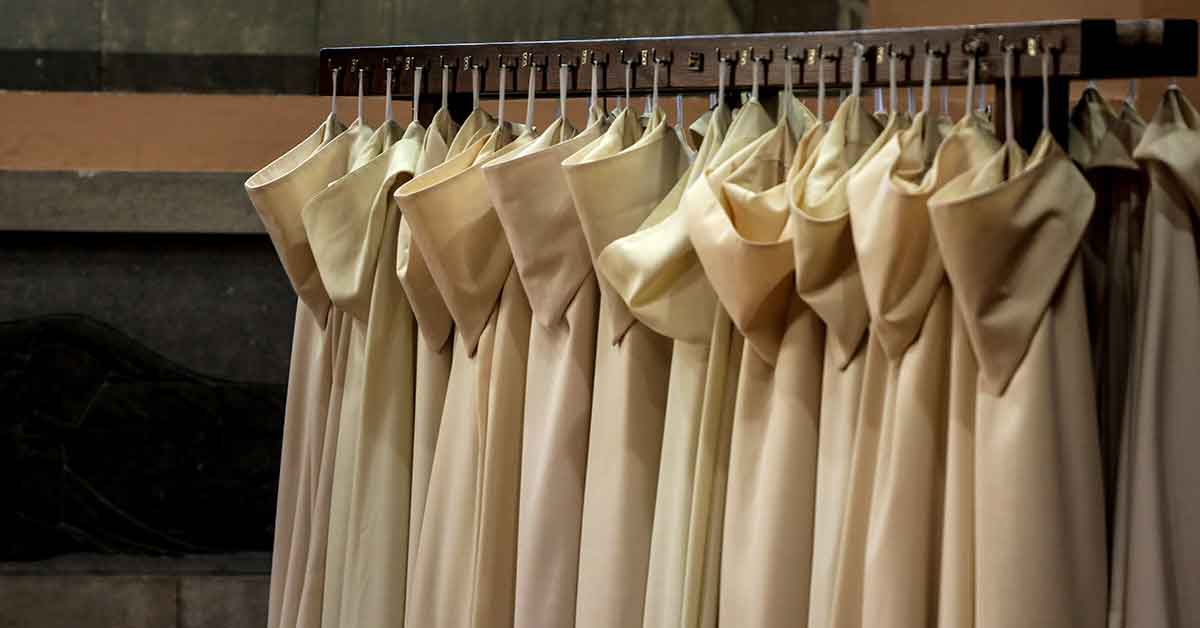 Robes worn by monks hang together during Mass at Spain’s Montserrat Abbey Feb. 3, 2019, where Miguel Hurtado says he was sexually abused by a Benedictine monk at the age of 16. The bishops of Spain asked forgiveness for sexual abuse by Catholic clergy, while defending the church’s right to oppose laws which violate Christian teaching. (CNS photo/Susana Vera, Reuters)

By Jonathan Luxmoore – The bishops of Spain have asked forgiveness for sexual abuse by Catholic clergy, while defending the Catholic Church’s right to oppose laws which violate Christian teaching.

Addressing an April 25-29 meeting of the Spanish bishops’ conference, Cardinal Juan José Omella of Barcelona, conference president, said “the church expresses its deep pain for crimes committed by our brethren.”

He also said that an independent church-commissioned audit on abuse approved by the bishops in February would cover all known cases and recommend “procedures and good practices” for clergy to follow.

“We hope our audit and its conclusions can serve as an instrument for collaboration with the civil authorities in clarifying the true dimension of these events and establishing more effective prevention. … I want to underline that the victims are our absolute priority,” he said.

He added that a recent report estimated that up to 1.6 million children were “victims of some form of sexual abuse in Spain,” and that it had taken society many years, as with slavery, to “become aware of this terrible, demeaning practice.”

Cardinal Omella also expressed concern with steps by the socialist-led Spanish government to silence Catholic voices on key issues such as human life, marriage and family, religious freedom and the state’s role in education.

“We are seeing attempts to limit the right to conscientious objection, to banish religious festivals and symbols from public life – especially the crucifix, a symbol of universal values – and to create a state educational monopoly under the appearance of neutrality,” he said.

A statement released April 29 said the conference had “unanimously supported” current efforts to counter abuse, and had also debated church efforts to bolster marriage and family life in the traditionally Catholic country.

The bishops met as the country grappled with the economic and social aftermath of the coronavirus pandemic, and sought to cope with increased refugees from Ukraine and other conflict areas.

Regarding the effects of the pandemic in Spain, Cardinal Omella said a recent report by Spain’s Foessa Foundation and Caritas Spain suggested 17 million people, half the population, had been left in poverty.

He added that a weakening in family and community bonds in Spain and “lack of roots in a cultural, moral and religious tradition” had heightened fear, isolation, dependency and violence among young people, as well as a “risk of being discarded” among the elderly.

Distrust of government and political parties had been worsened by an inability “to promote the common good,” a “suffocating climate for those who dare disagree with new dogmas,” and state “proselytism” in areas such as abortion, the cardinal said.

“Today, the Catholic Church is a great unknown to many of our fellow citizens. This great family has been systematically disfigured by certain media and social and political agents,” the conference president said.

“The church wants to offer its experience in building a better world, to collaborate humbly and actively with all social agents,” Cardinal Omella said. “While some want to exclude us from this dialogue, this would be not only an injustice, but a serious mistake and loss.”