Why did Jesus Refuse to Perform Miracles in Nazareth? 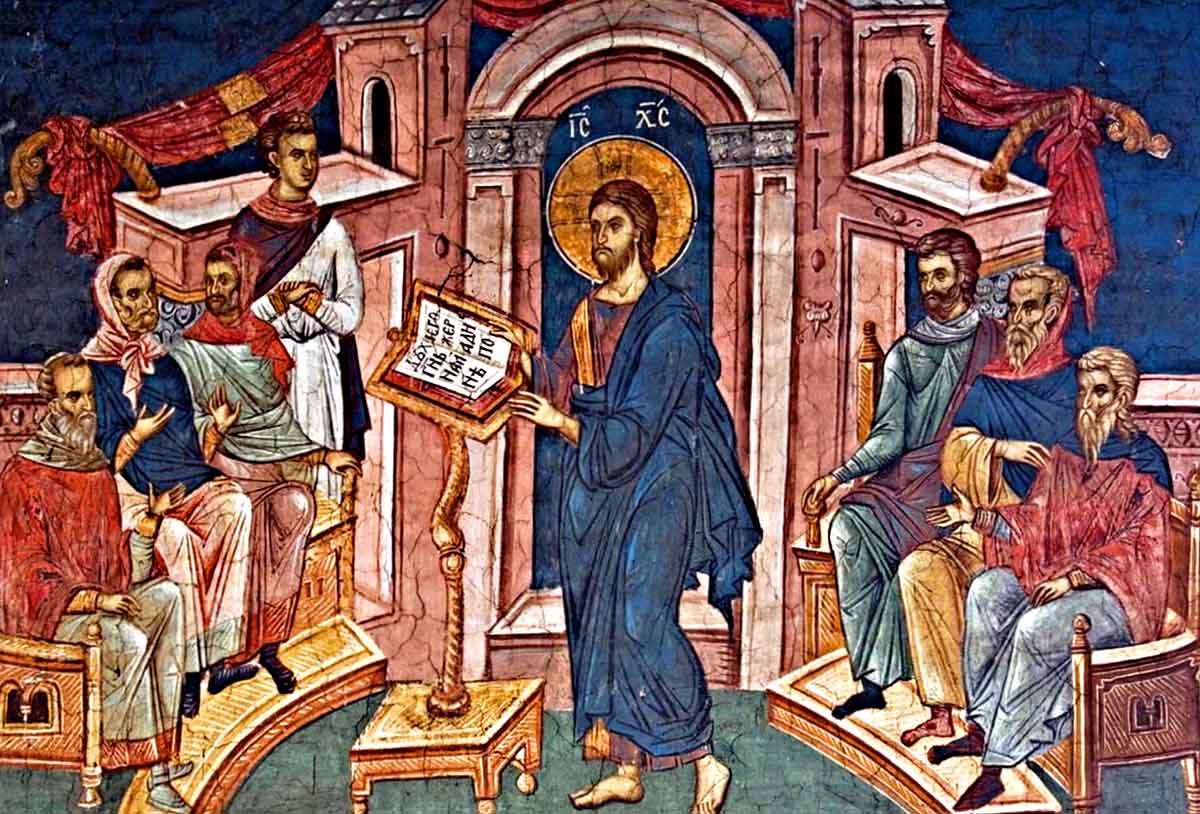 Jesus in the synagogue of Nazareth. Why did he not perform miracles to persuade his doubters?

Question: Jesus “did not do many miracles there [Nazareth] because of their lack of faith” (Matthew 13:58). This is perplexing. Surely Jesus’ miracles would lead people to believe in his divinity and have faith in him as the Messiah. Why did he react in this negative way?

Answer: In the Gospels, a miracle is a sign of God’s certain presence among us. Not everyone grasps this. If you had seen a man taking a stroll on the waters of a lake, your first reaction would be disbelief and you would wonder what clever trick is behind it.

The Jews of Jesus’ time had faith in God, but Jesus’ miracles could not convince all that God was at work in him. On the Sabbath day he cured a man with a withered hand in front of many in the synagogue (Mark 3:1-6). Before their eyes, the hand abruptly became healthy. This did not impress them at all! What does this mean?

It means that Jesus’ contemporaries were so steeped in the letter of the Law of Moses (the Torah) — rather than in its spirit — that they saw Jesus as a lawbreaker, a desecrator of the Sabbath, and not as a true prophet. Jesus did not reproach them for their orthodoxy but for their hypocrisy. A glance at Matthew 23:13-39 sums up his attitude to the holier-than-thou legalists who had no time for his apparent disregard for the Law whose application they defended at all costs.

Jews dared not pronounce the holy name of God, yet Jesus urged them to call God their Father — and not only theirs but the Father of all nations. This was preposterous for them. Their tradition was Jewish exclusiveness. Any suggestion that Jesus was the Messiah, “the one who is to come” (Matthew 11:7), was simple blasphemy. The resistance to Jesus’ teaching in the spirit of the Law was widespread. Even his own blood relations had doubts about him (Mark 3:21).

John’s Gospel refers to Jesus’ miracles as “signs”, that is, as invitations to believe in his work of salvation. Every sign was a foretaste of the great miracle of the Resurrection and the triumph of the kingdom to come. One had to see beyond the actual event and discern in the sign its summons to believe.

For instance, Jesus remonstrated with the crowds who wanted to be fed more bread after they had enjoyed the bread he had wonderfully given them the day before (John 6:26). They’d enjoyed the food but did not understand the sign: “Do not eat the food that cannot last but work for the food that endures to eternal life.”

Jesus’ own words show up the difference between the letter of the Law and its spirit: “The Sabbath was made for man, not man for the Sabbath” (Mark 2:27). Jesus refused to force himself on those who did not want him and his purpose was not to impress them without regard to their disposition.