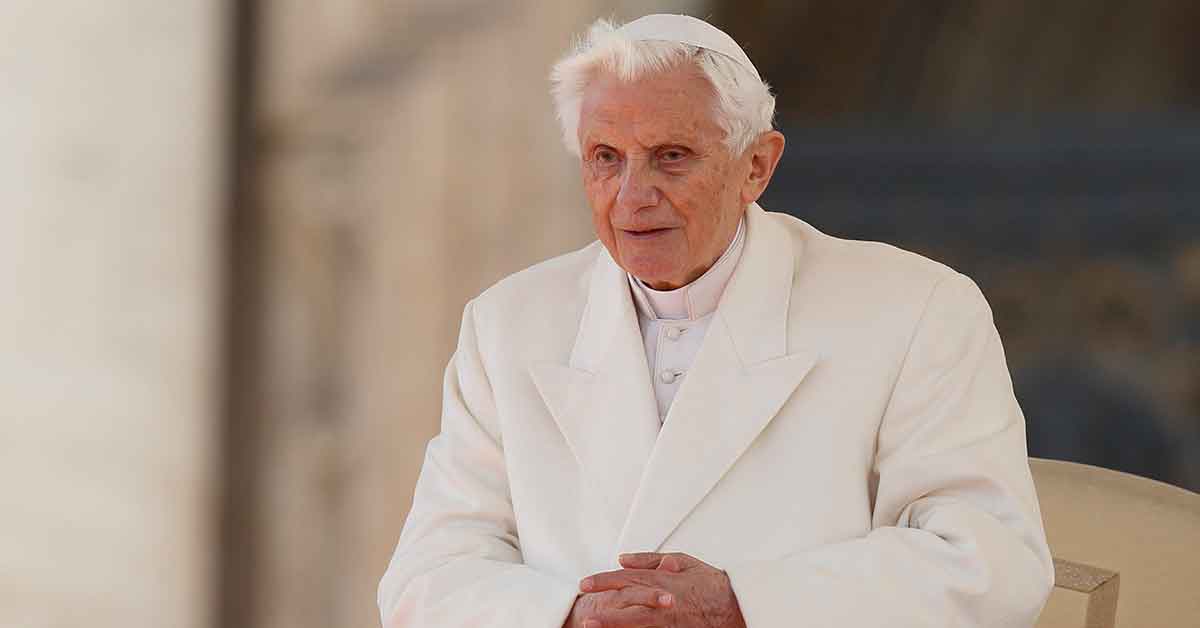 Pope Benedict XVI is pictured during his final general audience in St. Peter’s Square at the Vatican in this Feb. 27, 2013, file photo. German public broadcaster Bayerischer Rundfunk has reported that a victim of sexual abuse is suing the retired pontiff, saying he approved the appointment of a known abuser as pastor in a Bavarian parish some 40 years ago. (CNS photo/Paul Haring)

By CNS – A victim of sexual abuse is reported to be suing retired Pope Benedict XVI in connection with the Munich abuse scandal.

The German Catholic news agency KNA reported the victim has accused Pope Benedict – who, as Joseph Ratzinger served as archbishop of Munich and Freising from 1977 to 1982 — of having “responsibly approved” the appointment of a priest as a pastoral minister in a Bavarian parish some 40 years ago, even though the man was known to be an abuser.

The legal action is aimed at establishing that the retired pope was partly to blame for the abuse scandal through a so-called “declaratory action,” public broadcaster Bayerischer Rundfunk reported June 22.

The plaintiff claims to have been abused by the former priest Peter H. The plaintiff’s lawyer wants -a civil court to declare that Pope Benedict must compensate the victim for the damage caused by the abuse, since the Archdiocese of Munich and Freising had been aware of H.’s offences.

The former pope has always denied this knowledge and has claimed that he was not involved in the decision to employ the cleric.

The lawyer has based the lawsuit on a canonical decree on the H. case from 2016 and on the study by a Munich law firm from 2022. He argues that the decree stated that the church officials in charge at the time had committed a breach of duty. The law firm report also established that the Munich archbishops were partly responsible for cases of abuse, the lawyer claimed.

Peter H. abused minors in the Diocese of Essen in the 1970s. He was sent to Munich for therapy in 1980. This move was also agreed to by Archbishop Ratzinger.