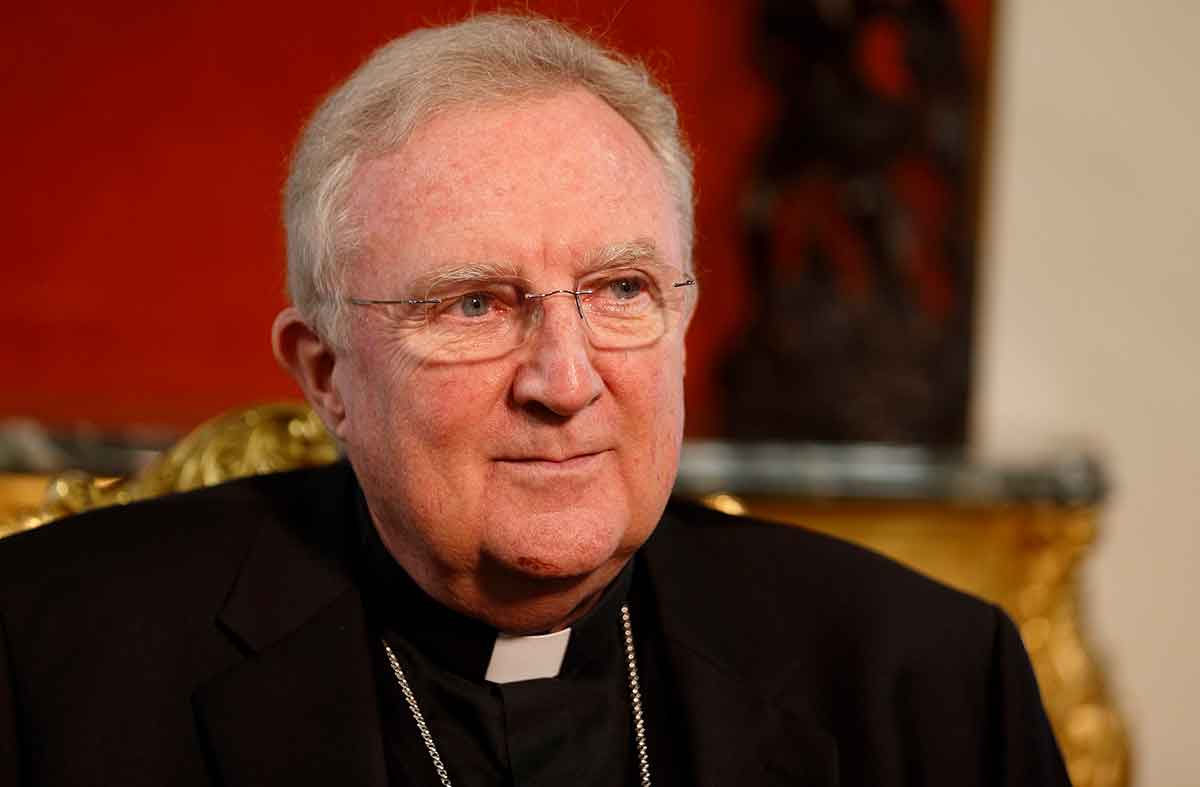 Cardinal-designate Arthur Roche, prefect of the Dicastery for Divine Worship and the Sacraments, is pictured in a Jan. 21, 2022, photo. (CNS photo/Paul Haring)

By CNS – Cardinal-designate Arthur Roche, prefect of the Dicastery for Divine Worship and the Sacraments, described as a “tragedy” the tensions within the Latin rite of the Catholic Church over the way the Mass is celebrated.

In a wide-ranging interview broadcast June 16 by Vatican News, the cardinal-designate said the tensions are “partly” due to having had two versions of the Roman Missal – those from before and after the Second Vatican Council – in use in the church at the same time.

“It’s a tragedy that there is this controversy today, the so-called ‘battles’ over liturgy,” he said, “because the Eucharist is, by its nature, the sacrament that unites the entire church.”

He said Pope Francis tried to address the situation and encourage an embrace of the Vatican II reforms, he said, when he issued his apostolic letter “Traditionis Custodes” (Guardians of the Tradition), limiting celebrations of the Mass according to the rite used before the Second Vatican Council.

Still, the cardinal-designate said, the church must find a way to counter “one of the problems, challenges, of our age,” which is “the growth in individualism and in relativism, that ‘I prefer this.’ Well, the celebration of the Mass is not something to be a matter of personal choice. We celebrate as a community, as the entire church and the church throughout the centuries has always regulated the form of liturgy that it has come to believe is more pertinent for a particular age.”

Vatican News also asked him where he was and what he was doing on May 29 when Pope Francis announced after his midday Sunday prayer that he would make him a cardinal in August.

“Actually, I was fixing a fuse in the cellar just before the Angelus, which I normally listen to on a Sunday,” he said. When he came back upstairs his landline and cellphone were both ringing.

He picked up a call from the dicastery’s secretary, who “said to me, ‘Oh, Tanti auguri,’ you know, ‘many congratulations.’ And I thought he was talking about the feast of the Ascension, which was being celebrated in Italy on that Sunday. So, I said to him, ‘Yes, buona festa (happy feast day) to you also.’ And he said, ‘No, no, you have been made a cardinal.'”

Although as prefect of the dicastery he meets with the pope to discuss liturgical matters with him, “he’s also very interested in your opinion about other things,” he said. That is likely to continue once Pope Francis makes him a cardinal.

“As a cardinal,” he said, “you’re at his disposition, and you’re there in order to help him and not to increase the weight that is upon him.”