Pope: Hope Must Prevail Over Mafia Culture of Fear 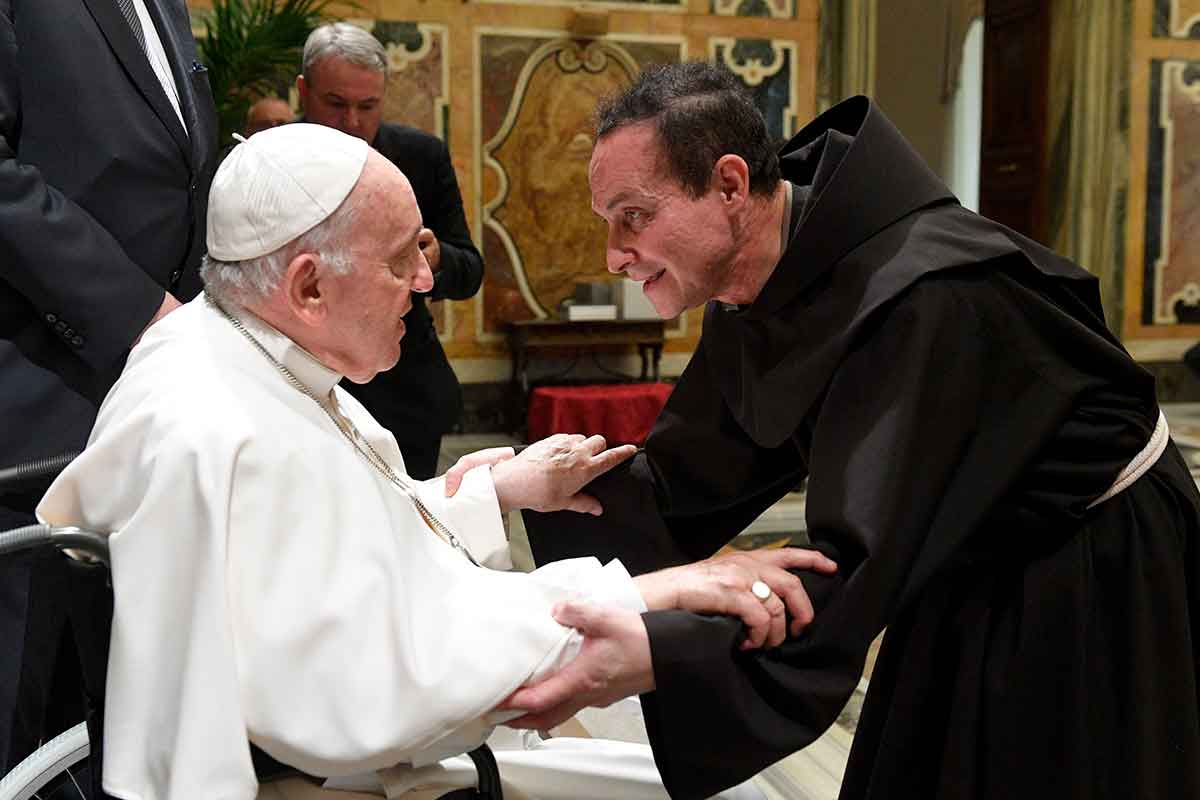 Pope Francis greets a participant during an audience with members of the Pontifical International Marian Academy and the Anti-Mafia Investigation Directorate at the Vatican on June 23, 2022. (CNS photo/Vatican Media)

By Junno Arocho Esteves – The church must stand with the weakest who are often prey to corruption, violence and fear brought on by the Mafia and organized crime syndicates, Pope Francis said.

“Mafias win when fear takes over life, a reasoning in which they take over the mind and heart, stripping people of their dignity and freedom from within,” the pope said on June 23 during an audience with members of the Pontifical International Marian Academy and the Anti-Mafia Investigation Directorate.

The participants were in Rome to commemorate the 30th anniversary of the establishment of the anti-Mafia agency, commonly known by its Italian acronym, DIA.

According to its website, the DIA is an investigative agency that carries out “preventive investigations targeting organized crime, as well as judicial investigations only on Mafia-type crimes or Mafia-related crimes.”

In his address, the pope praised the agency’s work, which he said acts “as mild and strong antibodies to the vested interests, corruption, greed and violence that make up the DNA of the Mafia and criminal organisations.”

“You who are here are working so that fear cannot win,” he said. “Thus, you are a support for change, a glimmer of light in the midst of darkness, a witness to freedom. I encourage you to continue on that path: Be strong and bring hope, especially among the weakest.”

Those who lack security and legal protection, he added, are the first to be harmed and are “modern slaves on which Mafia-run economies are built.” He also urged the DIA members to stand with those “who are victims of bullying” by organised crime.

“It is also important to resist Mafia-related cultural colonialism through research, study and educational activities designed to attest that civil, social and environmental progress springs not from corruption and privilege, but rather from justice, freedom, honesty and solidarity,” he said.

Pope Francis also warned of a “cultural colonisation” that normalises entering the Mafia or organised crime groups as “part of the culture, like the road one must take.”