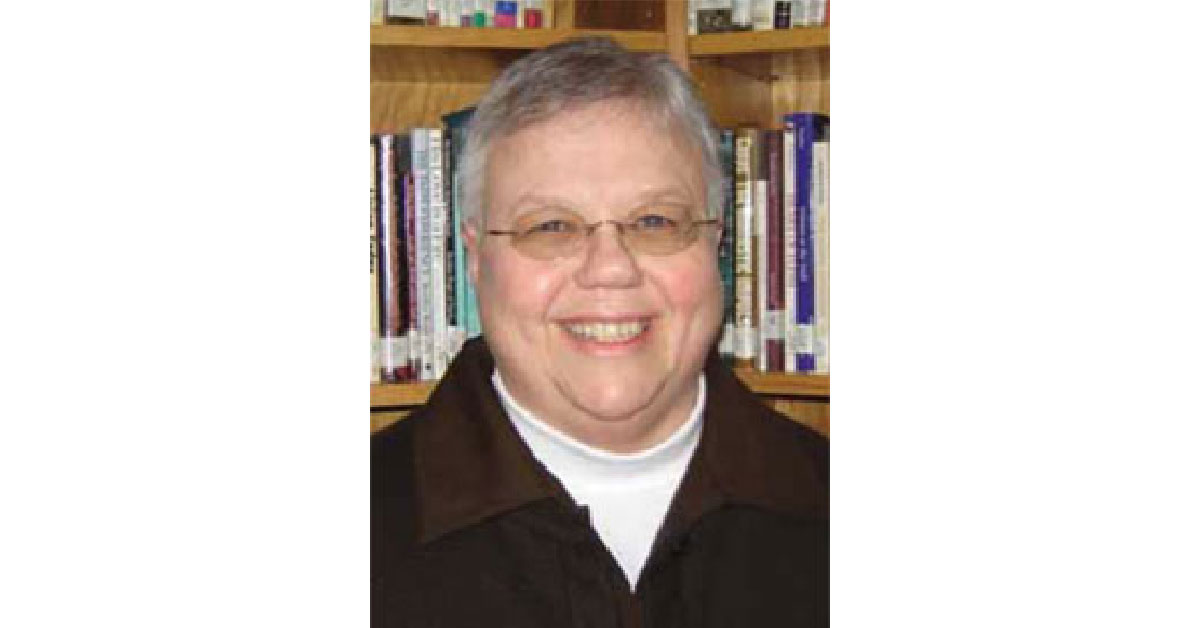 Sister Madge Karecki was born and raised in Chicago.  She entered the Congregation of the Sisters of St. Joseph of the Third Order of St. Francis in 1966 and made her final vows in 1972.  As Sr Karecki began ministry in various places over the years, she also worked toward her college degrees.  She earned an Associate degree at Immaculata and a BA degree in Theology and History at Loyola University.  She then earned a MA in Franciscan Studies at St Bonaventure University.

While in Chicago Sr Karecki was secretary for the Franciscan Federation and later worked in various offices in the Archdiocese of Chicago.

In 1987 she moved to South Africa where she spent 21 years working,  first with a congregation of Zulu Franciscan sisters and later teaching at St John Vianney Seminary and establishing an Office of Worship in the Diocese of Johannesburg, among other projects While there, Sr Karecki attended the University of South Africa where she earned a MA in Missiology and a DTH in Theology.

Sr Karecki returned to the US in 2005 and lived with the Poor Clares for a few years.  Then in 2007, she worked as the Congregation’s historian.  In 2011 she served as the Director of the Chicago Diocese Catholic Missions Office and the Office for Mission Education.  In 2015 Sr Karecki became the Assistant National Director for the Pontifical Missions Societies of the US and then continued on as its Director.  Up until her death, she wrote a number of articles and gave lectures on Franciscan topics.

Sr Karecki will be remembered for her deep Franciscan spirituality, her hearty laugh and joyful spirit.

During a Profiles in Catholicism interview in 2021, when asked what aspects of Franciscan life were important to her, Sr. Madge responded: Three aspects of Francis’ life are especially important for me: love for the Church, Christ’s Body; his dedication to prayer to be in union with Christ; and his own stress on poverty and respect for all people, but especially for poor people. He did everything with love and this is what I strive to do in my own life. The fruit of such a life is great trust and joy.

Funeral arrangements are pending but will be posted here when available.