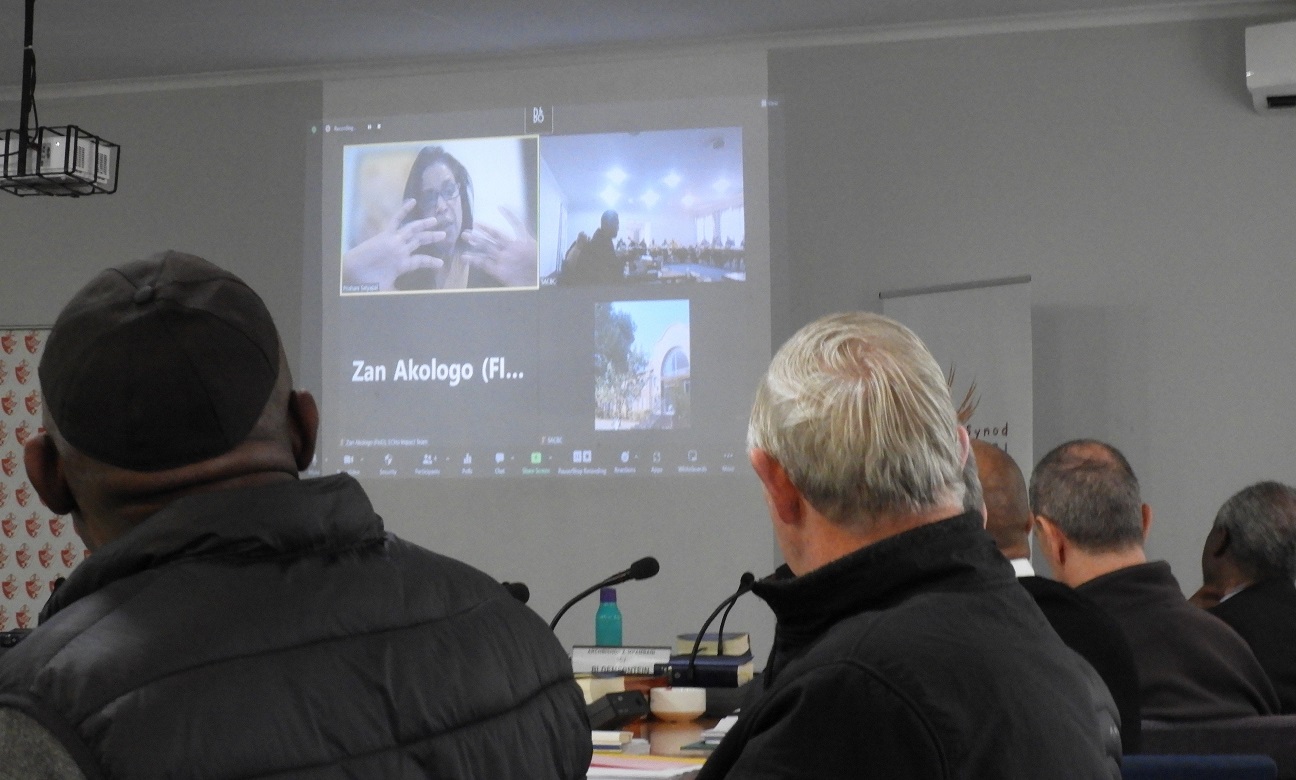 Outgoing rector of St John Vianney seminary, Bishop-Elect Mgr John Selemela, gave a report on the state of the national seminary which commenced its second semester on July 19.

The rector noted that the seminary has now been able to implement all the programmes that were scheduled for the first semester since Covid restrictions have been lifted. That, he said, included continuing with all the human formation workshops for the year. Among these, a workshop on alcohol and nicotine abuse in March had the aim of educating students to the dangers of these substances.

Currently the seminary has a total of 126 students, of which there are 15 in the 4th year of theology, the most senior year in the second semester.

The rector stressed the need for bishops to choose supervising priests who are in tune with the formative aspect of their role, stating the importance of continuous formation even when people return to their dioceses.

Mgr Selemela thanked the bishops for the support he received during his 12 years as a formator in the seminary, especially on his selection as rector of the seminary.

As Mgr Selemela has now been appointed Auxiliary Bishop of Pretoria, the bishops of the SACBC will soon be appointing an acting rector of the seminary before appointing a full-time rector.

The Department for Formation, Life and Ministry of the Clergy, through Secretary Fr Sefiri Motsepe, gave a report on the state of the Southern African Council of Priests (SACOP), the Council for Permanent Deacons, and the Annual Gathering of Recently Ordained Priests (AGROP). Fr Motsepe said SACOP and AGROP, associate bodies of the SACBC, have yielded much fruit in the lives of priests within the conference. He commended the growing relationship between religious and secular priests who belong to and work in multiple dioceses across the conference region.

In its presentation, the Department for Formation, Life and Apostolate of the Laity, led by Archbishop Zolile Mpambani, focused on the constitution of the council for laity. Fr Mthembeni Dlamini advocated for possible partnerships with external bodies, especially in areas such as family, absent fatherhood, Gender Based Violence and other related issues. Fr Dlamini, who is the national chaplain for youth, spoke about the Interdiocesan Youth and Young Adults Conference which will take place in December 2022 and the possible visit from the organisers of the World Youth Day in Lisbon.

On the environmental sustainability front, the plenary session had a virtual presentation from Prishani Satyapal, the Chief Inspiration Officer of ECHo Impact Fund. ECHo Impact Fund, a Catholic Church-based body, is an innovative impact fund focused on Africa that aims to achieve Low Carbon Growth and foster participation in the New Green Economy. The Fund says it will target projects which provide solutions that address society’s biggest needs that will deliver impact at scale. The point of this was to see how ECHo Impact can work together with the SACBC region on issues of environmental sustainability.

To close off the morning session, a financial report was presented by the Department of Finance of the SACBC. The afternoon session focused on the report from the recent plenary meeting of SECAM, (Symposium of Episcopal Conference of Africa and Madagascar). The President of the SACBC, Bishop Sithembela Sipuka, who attended the SECAM meeting, emphasised the importance of belonging to this continental body as things tend to operate on a global scale these days. The afternoon was also set aside for resolutions of the plenary meeting.

The day closed with some bishops attending Mass at one of the parishes in the area which was affected by the recent floods in the Archdiocese of Durban for the celebration of the feast day of St John Vianney.