The Smell of Angels 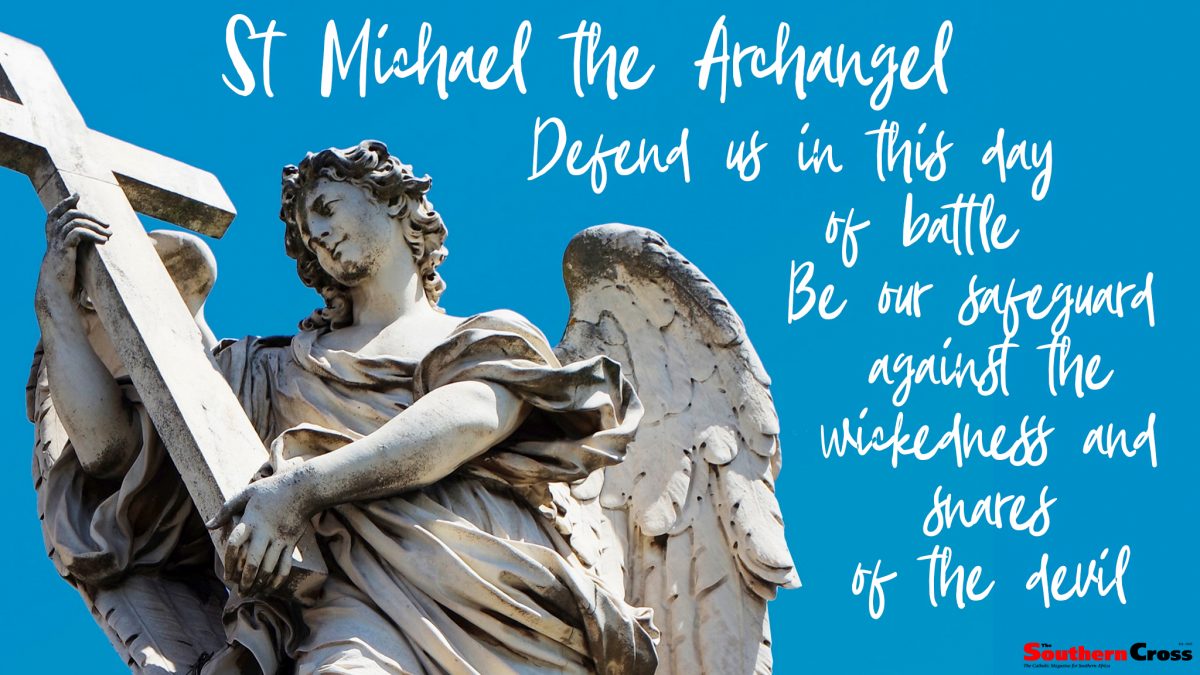 It occurred one day, in the glory of the heavenly court, that a foul and offensive odour poured through the air. The pungent and rancid smell wafted through pillars of gold and meandered its way to the throne of God. The disobedience of Lucifer was a heavy and violent stench.

But there emerged an angel who drew close to his creator and drew strength. To the one who dared to think himself equal to God, he cried out in a loud voice: “Who is like God?” And soon Lucifer was banished from the heavenly realm. The humility of St Michael conquered the envy of Satan. The majesty of God reigned, and with a holy pace, the stink of the serpent left as he fell from grace.

Rarely do we think about angels and the role they play in our salvation. Perhaps it is because they remain unseen and unheard by us. They are often caricatured by mainstream media. In the cartoons I watched growing up, angels were often depicted as miniature versions of the main character, clothed in white robes, gold haloes and fluffy white wings. In some paintings from the baroque and rococo periods, angels are shown as naked, chubby babies, delicately floating in the air.

With these images in our minds, it can be difficult to see angels as beings powerful enough to cast out evil. The role of St Michael — whose name in Hebrew means “Who is like God?” — is explained by the prophet Daniel:

“At that time there shall arise Michael, the great prince, guardian of your people; it shall be a time unsurpassed in distress since nations began until that time. At that time your people shall escape, everyone who is found written in the book. Many of those who sleep in the dust of the earth shall awake; some shall live forever; others shall be an everlasting horror and disgrace. But the wise shall shine brightly like the splendour of the firmament, and those who lead the many to justice shall be like the stars forever” (12:1-3).

And isn’t that the point of it all? Evil is cast out, purged, discarded to make room for the glory of God, the brightness of Christ who is the light of the world, accompanied by virtues, powers, thrones, dominions, cherubim, seraphim and all the other hosts of angels. They come together to serve and adore him: “Are they not all ministering spirits sent to serve, for the sake of those who are to inherit salvation?” (Hebrews 1:14).

And what was that stench that reeked in the heavenly kingdom? It was the pride and envy of he who wanted to assume the power of God for himself. The ruled one wanted to make his own rules, and in the final course to rebel against his nature of being a messenger of God. How chilling it is, then, when we, especially the baptised, imitate this behaviour — when we dare to decide for ourselves what is right and wrong? But in exchange for this wretched odour, we can indulge in the sweet fragrance of Christ who is obedient to God — obedient unto death, even death on a cross.

In this time, when we are desperate to conquer many evils, let us, like St Michael, humble ourselves before God and fulfil the purpose for which he has created us. Then shall a sweet aroma rise to heaven and reach the throne of God.

St Michael the Archangel
Defend us in this day of battle
Be our safeguard against the
wickedness and snares of the devil
May God rebuke him we humbly pray
And do thou O Prince of the heavenly hosts
Cast down into hell, Satan and all the evil spirits
Who wander through the world
seeking the ruin of souls. Amen