About The Southern Cross 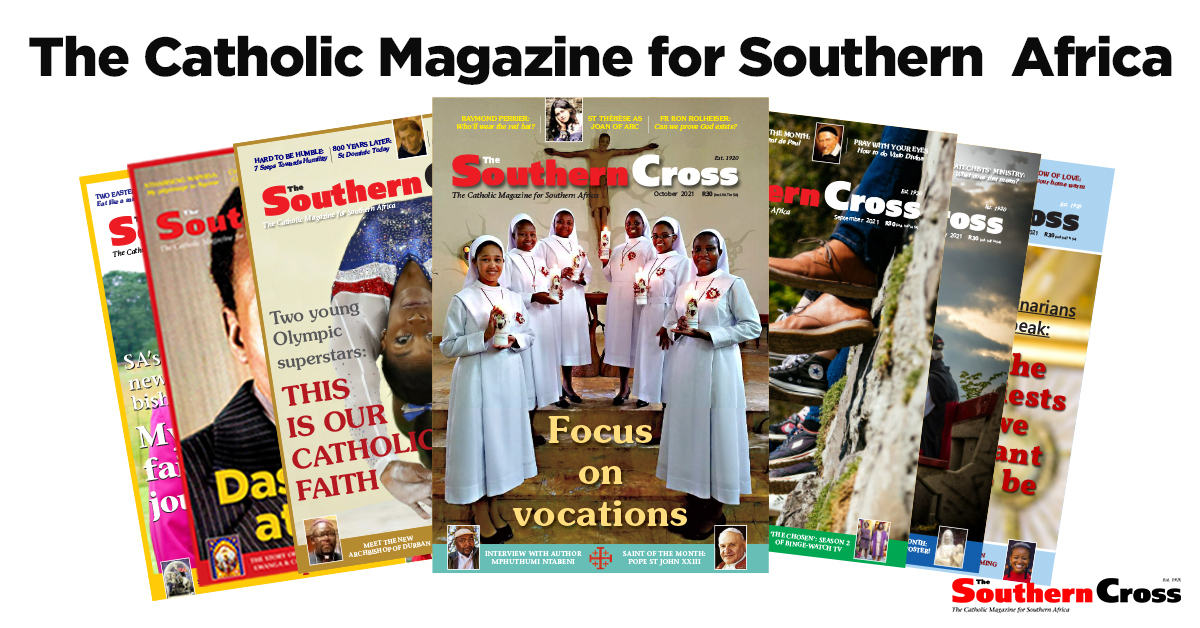 For a hundred years, The Southern Cross was a weekly newspaper with a high reputation worldwide. In an exciting relaunch to meet the needs of the time, it is now Southern Africa’s Catholic Monthly Magazine. Established in 1920, it is published independently by the Catholic Newspaper Ltd in Cape Town.

The Southern African Catholic Bishops’ Conference owns 51% of the company in Founders’ Shares and is represented on the Board of Directors, which has a maximum of 12 members, by its President, Secretary-General and an appointed layperson. As of 2014, the company’s chairmanship is held by Rosanne Shields.

The present editor-in-chief is Günther Simmermacher, who has held the position since February 2001. The company’s business manager is Pamela Davids, since 1995.

What’s Next for The Southern Cross?

Donate to The Southern Cross