Rock and Sand: The Search for Truth 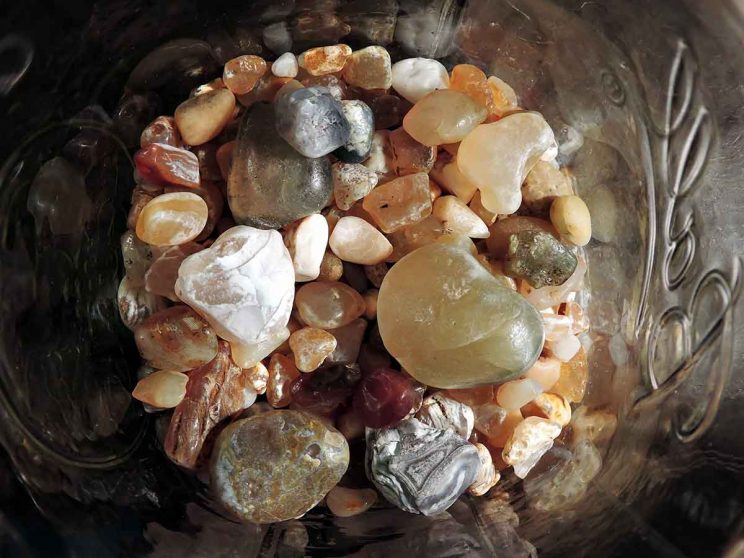 There are two kinds of truth-seekers: those who constantly strive to find the Truth (with a capital T) and those who feel trapped by the idea that a truth system shapes our lives.

The latter group may opt for what we call relativism, where there is no single foundation of truth, but each one of us makes our own truth.

Christians often caution against relativism, describing it as a moral quicksand. If there is no common foundation, they say, it is very easy to sink and drown, because there is no longer any anchor with which to find the solid ground of meaning, purpose, identity, or even God.

We Can’t See All Until We’re United With God

But I also fear that when we treat truth as granite, as a hard, impermeable rock on which nothing ever grows, then how can we deepen the experience of truth? How can we draw closer to the God who constantly surprises us with his greatness, his mercy, his abundance — and how can we possibly enter the mystery of all those areas that our human language and experience cannot define?

That is one of the tenets of our faith: that ultimately the fullness of God is a mystery that we can draw ever closer to, but, like mathematical infinity, we cannot reach until we are united with God in eternity.

Another danger of treating truth like granite is that it becomes very easy to use it as a weapon to exclude those who are at different stages in the quest for truth. Its intransigence discourages those who are on the path of self-discovery and does not make allowances for any detours or wrong turns.

Similarly, the visionaries (and the prophets of our times) who have captured glimpses of a higher truth are often vilified and stoned—literally or figuratively—for forging the path in which the rest of humanity will one day follow.

It seems, therefore, that neither quicksand nor granite are good metaphors to use in the search for truth.

Perhaps the journey into truth is a little bit like a story I once heard about “the jar of life”.

A university professor asked his students to fill a jar with stones. After they had done so, he asked them if the jar was full. The students agreed that it was.

But then the professor provided some small pebbles and invited the students to see if they would fit in the jar. As the pebbles dropped in, they filled in the spaces in between the stones.

Again, he asked them whether the jar was full. The students indicated that this time it was.

But then the professor gave them some sand, which trickled into the spaces between the pebbles and the stones.

The professor used this as a metaphor to indicate that our lives are made up both of the large rocks — the important things — as well as the sand of the little things that complete our lives.

Perhaps the quest for truth is a little bit like this. We need to have some foundational rocks. As Christians, this includes knowledge of God, a life of faith founded on the common values of love for God and one another, forgiveness and respect for the dignity of life.

However, if that is all that our faith consists of, then we are missing opportunities to grow and to draw nearer to a personal relationship with God, who has a perfect plan for humanity and for each of our lives. We need to make space for the pebbles and the sand.

As the pebbles and sand rub against the rocks, the friction takes away the sharp edges of the rocks, making them sit more comfortably on top of other stones and pebbles, creating a space for God to surprise us, to show us that what we held as truth can be deepened, or can take on new meaning in a changing world.

One very practical example from the history of humanity shows us how truth can evolve.

Slavery was a common practice at the time of Jesus. The first Apostles never called for the abolition of slavery. But they remembered Jesus’ words, saying that his followers are no longer servants “because a servant does not know his master’s business”, but rather, they had become friends “for everything that I have learned from my Father, I have made known to you” (Jn 15:15).

The very next logical step in this pursuit of truth is when St Paul tells the Galatians that there is “no slave nor free” [person] because “all are one in Christ Jesus”.

That narrative would certainly have been controversial, given the social hierarchies of the day where a man’s wealth was partially determined by the number of slaves he kept. At that time, one of the things that differentiated a good rich man from a bad rich man was the way he treated his slaves.

Down through the centuries the Church grew to an awareness that slavery was wrong because it went against the value of the inherent dignity of each human person who is created equal and loved equally by God. Yet, it would take 18 centuries after Christ for humanity to accept this truth and abolish slavery.

So why then, have some people reacted so badly to Pope’s Francis’ revision of the Catechism of the Catholic Church, stating that the death penalty is now inadmissible?

The pope didn’t introduce a new teaching or dogma. He merely extended what was already in article 2267 of the Catechism.

I wonder whether the criticism of Pope Francis’ proclamation was not from those who treated the Catechism and Church teaching as if it were impermeable granite. They call themselves defenders of the faith, but perhaps in doing so, they have prevented God’s grace, mercy and mystery from softening the hard edges and filling the gaps of our understanding.

If we are serious about our quest for truth, then we need to immerse ourselves in Scripture, deeply study the teachings of the Church, identify the signs of the times, and listen to the voices of the prophets—speaking both from the papal seat and from the Church militant—and help forge an ever-deeper appreciation of Christ’s invitation to follow him, who is the Way, the Truth, and the Life for all people.