What is a Real Covenant With God? 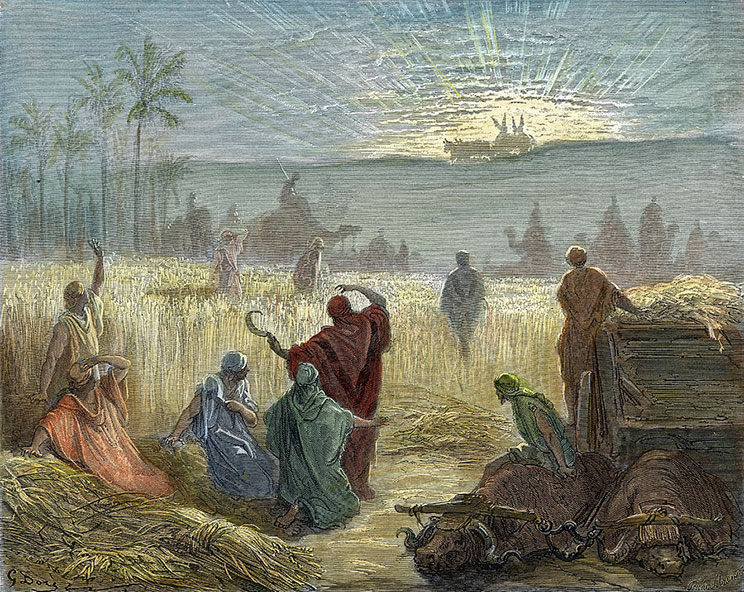 The Return of the Ark by Gustav Dore

By Ross Ahlfeld – Last month the evangelist Angus Buchan caused widespread outrage when he said that the Jews and the Afrikaners were the only two nations that ever had a covenant with God.

After a storm of protest, Mr Buchan retracted this statement and apologised. It did little to placate the anger over comments which appear to appeal to a racist theology which excludes everyone apart from Afrikaners.

It is worth remembering that the apartheid system was founded on bad theology and toxic biblical interpretation, exactly such as that which earned Mr Buchan such a reaction of anger and disappointment.

Oddly, Mr Buchan is neither Jewish nor an Afrikaner. He is, like myself, of Scottish parentage (with a name like Angus, what else could he be?) Wearing a brimmed hat and working on a farm, a Boer doth maketh not.

A while back Mr Buchan was actually banned from speaking at a government-owned hall by a Scottish local authority in his parents’ native Scotland because his views were considered to be intolerant and damaging.

At the time, his banning resulted in a debate in Scotland around what limitations we place on free speech.

Even so, this kind of faulty covenant theology is not unique to Mr Buchan. There is a small number of UK-based evangelicals who still espouse a similar race-based theology known as “British Israelism”. It suggests that Britons are, in fact, a lost tribe of Israel and as such are entitled to special land rights and a God-given authority over other “lesser” peoples who do not enjoy God’s favour.

In reality, if any one group could legitimately make a claim to be the lost tribe of Israel, then according to expert geneticists, it would probably be the Lemba people—of whom Bl Benedict Daswa was one—rather than Britons.

Indeed, the dehumanising language of exclusion inspired by religion is not unfamiliar to us Catholics in Scotland. The common west coast of Scotland expression, “We are the people”, for example, can best be translated into meaning Catholics are not the rightful people of God.

In Our Own Church

To be honest, who God’s chosen people are is very often dependent upon who is paying the preacher, who is being preached to, and who currently occupies whatever land we want. This is true from the White House to Johannesburg, from Jerusalem to Glasgow.

Yet we Catholics are not immune to this constant temptation to create in-groups and out-groups; we too are capable of thinking of ourselves as “the elect”.

Take for example our own conservative and traditionalist wings and sects who, at the most extreme end of the spectrum, do not consider the Novus Ordo Mass to be valid nor Pope Francis to be the legitimate pontiff.

Also, consider the way in which adult converts who come through our parish RCIA catechesis programmes are sometimes made to feel by cradle Catholics like second-class Catholics—as if ancestry and blood ties were somehow more important than confirmation and baptism in Christ.

Of course, every club has its own rules and we do not belong to a Church which espouses either universal salvation or open communion. Indeed, does any truly confessional faith community of believers really allow its members to believe and act in whatever way they want?

This would be to indulge in what the German theologian Dietrich Bonhoeffer described as “cheap grace”.

But maybe it’s not for us to say which individuals have placed themselves outside salvation—rather, this is for God to do.

As such, perhaps we’d be better served looking for positive expressions of covenant within our Catholic tradition? For me, the most powerful examples of covenant to be understood within a Catholic context, are to be found in the theology of people like Br Roger of Taizé, Fr Henri Nouwen and the life of Jean Vanier.

For Vanier, whom we lost just this year, the idea of covenant was central to the spirituality of L’Arche. Covenant in L’Arche is described as a “way of the heart”.

More so, it is a relationship of love, of trust and of mutuality which people discover and live out as members of the community.

Covenant is lived out in the concrete reality of each day and those individuals with disabilities are at the heart of this reality, living their covenant in L’Arche.

There is even a special L’Arche prayer which invites us to overcome our divisions as Christians and enter into a Covenant with one another, pointing us towards a unity founded upon our weakness and vulnerability –

“Today Christians from different churches cannot eat around the same table of the broken bread, transformed into the body of Christ, but we can eat together around the table which welcomes the broken, the poor and the weak.

“Together we can pour out the sweet oil of compassion upon the wounds of humanity.

“We pray that unity will come.”

Or as Angus Buchan said in his apology: “Any person who has given their life to Jesus Christ has in fact entered into a new covenant with our beloved Jesus Christ.”