At the funeral the daughter-in-law stood up to speak about her deceased mother-in-law. The younger woman thanked the older matriarch for the close relationship they had shared for more than three decades.

She choked over her words remembering their early rocky relationship when she was first married to her son and how, if she had a problem with her mother-in-law, she quickly learned to address them directly to her.
“My mother-in-law was the family matriarch,” she said through her tears. “She kept the family together, herding us, guiding us, feeding us. Every Sunday she worked from dawn to prepare our favourite dishes for the weekly sumptuous family feast. She never complained nor hinted at the cost. She taught us by example and hard work. We will always remember her.” 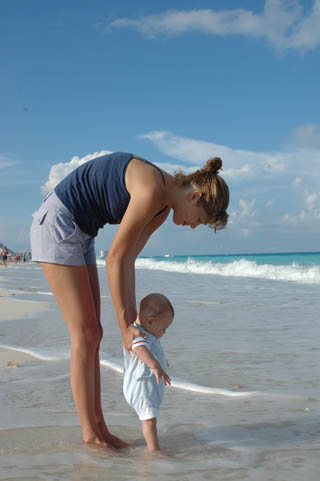 In his book The Elephant Whisperer, the late Lawrence Anthony describes the elephant herd.

“From Nana, the glorious matriarch, I learned how much family means. I learned just how much wise leadership, selfless discipline and tough unconditional love is the core of the family unit. I learned how important one’s own flesh and blood actually is when the dice are loaded against you,” he wrote.

“From Nandi, I learned about dignity and how much a real mother cares; how she was prepared to stand over her deformed baby for days without food or water, trying right until the end, refusing to surrender until the last breath had been gasped.”

At the funeral, the daughter-in-law reached for a tissue when she spoke about how her mother-in-law had not left her side when she was once very ill. Nor had she left the hospital when her own son was dying, and how she never recovered from her loss. The eulogy was a tribute to all mothers who in their own way are the family matriarchs.

The stories of Sarah, Rebecca, Leah and Rachel are told in the Book of Genesis. Sarah, the wife of Abraham, who had no children of their own during her childbearing years, gave birth to a son they called Isaac when she was in her menopausal years. Sarah is often called the “first matriarch” of the Jewish nation, and her daughter-in-law Rebecca and nieces Leah and Rachel are known as the “founding mothers”.

This beautiful story is retold by Anita Diamant in her book The Red Tent. Through the voice of Dinah, the only daughter of Jacob, the story of her four mothers — sisters, concubines and wives of Jacob — is told. Leah was Dinah’s birth mother while Rachel, aunt and midwife, taught Dinah the art of delivering babies. Zilpah and Bilhah remained concubines because Jacob never married them. They braided Dinah’s hair and prepared her for womanhood through stories.

In the New Testament the compelling story of cousins, Mary and Elizabeth, is told in Luke’s gospel. The scene described is when Mary, newly pregnant, visits Elizabeth who is in her last trimester. Elizabeth, known as a “devout woman”, one of the daughters of Aaron and the wife of Zacharias, was also past her childbearing years when she was carrying John.

Being older and more experienced she might have given young Mary some advice to prepare her for what lay ahead when her son Jesus was born. Mary’s labour had to be endured while she and Joseph walked to Bethlehem, and she gave birth without the help of a midwife.

The birth of Jesus is described in the gospels of Matthew and Luke. Two millennia of Christian women have been taught and tried to follow the example of Mary set by a young woman who has become known as the “Mother of Christianity”.

This brings me back to the ordinary mothers, like the mother-in-law, who do their best to follow in the footsteps of the matriarchs of our past.

It was a farewell eulogy I will always remember. It was a funeral that reminded me of the awesomeness of mothers and women. It was a story celebrating Life.