Slavery in the 21st century 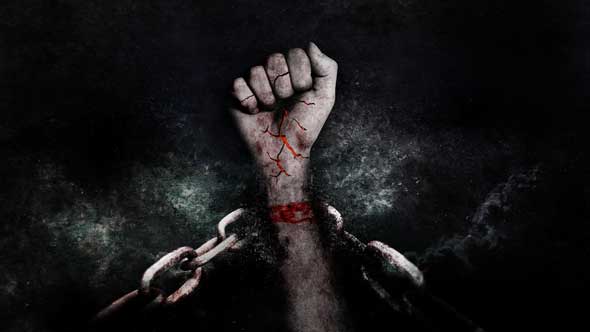 It’s an easy enough mistake to make. After all, the British Slavery Abolition Act in 1834 ended slavery in the South Africa, West Indies and Mauritius, and South Africa, and the end of America’s civil war and the Thirteenth Amendment to the U.S. Constitution – both in 1865 – brought an end to slavery in the US.

But many countries didn’t outlaw slavery until the 20th century. In fact, it wasn’t until 1981 that Mauritania finally abolished slavery – becoming the last country on earth to end this dehumanising practice.

But tragically, slavery did not completely end in 1981. It continues to this very day under a new name: Human Trafficking.

According to the United Nations Office on Drugs and Crime, human trafficking is defined as “the recruitment, transport, transfer, harboring or receipt of a person by such means as threat or use of force or other forms of coercion, of abduction, of fraud or deception for the purpose of exploitation.”

Throughout the world, and in many of our own communities, there are victims of human trafficking, trapped in domestic servitude, agriculture work, fishing, manufacturing, hotel services, construction, hair and nail salons and prostitution.

And of all the sad forms of human trafficking, the worst of the worst are those that enslave children.

According to the International Labour Organization, the worst forms of child labour/trafficking that must be eliminated without delay include: the sale of children, debt bondage and serfdom, forced labour, forced recruitment for armed conflict, child pornography, child prostitution, and the drug trade.

According to the anti-slavery/anti-trafficking organisation Made in a Free World, 1,4 million children have been forced to work in the cotton fields of Uzbekistan. This cotton may be in some of the clothes you and I wear.

Please join me in taking a survey estimating how many slave labourers made the things we own; and what we can begin to do to be part of the solution.

READ  Food Affects Every Realm of Our Lives

An Associated Press investigation that brought to light the horrific conditions of poor fishermen – victims of human trafficking – from several Southeast Asian nations, lead to the rescue of over 2,000 men who in many cases were conned, kidnapped, sold and forced to poach fish in far off waters.

Many of the nearly 400 fishermen surveyed by AP “described being whipped with stingray tails, deprived of food and water and forced to work for years without pay”.

The good news is that over 2,000 were rescued. The bad news is that countless other fishermen are still enslaved. Read the full article.

The modern slavery of human trafficking is not only occurring in far off corners of the world, it is happening in our cities, towns and often in our own neighbourhoods.

In her well-researched comprehensive book, How You Can Fight Human Trafficking, Susan Patterson expertly helps the reader to understand the full scope of trafficking – from how to spot it, to the pornography connection, to fair trade, to what anyone can do to help end modern-day slavery. I strongly recommend getting this book.

Another excellent resource is the Polaris Project .

For help go to the Global Modern Slavery Directory website

The dedication page of Patterson’s book has a photo of a product barcode imbedded on the back shoulder of a trafficked young woman – tragically indicating that she is for sale.

We have a lot of tools here to help us end the scourge of modern-day slavery. Let’s get involved. Let’s refuse to be indifferent to human trafficking.

For as Pope Francis said: “It is not possible to remain indifferent before the knowledge that human beings are bought and sold like goods.”