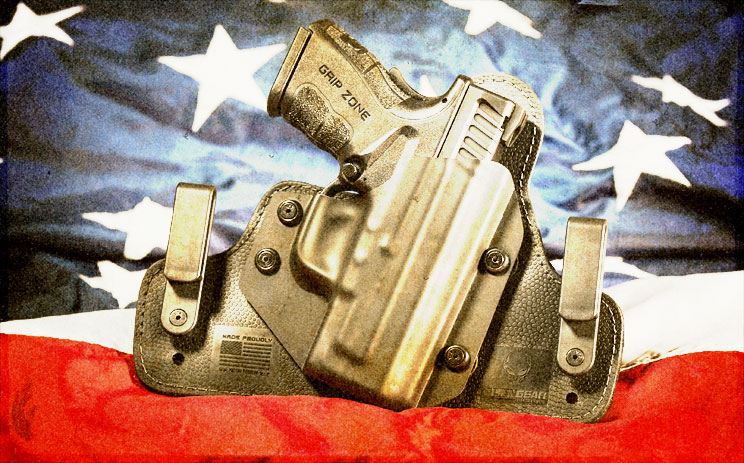 With at least 50 people murdered as a result of gunshot wounds, and dozens more critically wounded, a gay/LGBT nightclub in Orlando, Florida now has the sad distinction of being the site of the U.S.’s worst terror attack since 9/11.

The gunman, Omar Mateen, 29, was reportedly able to legally purchase an AR-15-style semi-automatic assault weapon with a 30 bullet magazine clip, and a Glock semi-automatic pistol – both used in the attack – even though the FBI interviewed him twice for suspected terrorist ties.

Furthermore, in 2004 a federal law banning many assault weapons expired. And the U.S. Congress has not passed a similar ban since then. Congress has let organisations like the powerful National Rifle Association – with their millions of dollars poured into political campaigns – to continue to influence them from enacting obvious common sense gun control measures.

Congress has even blocked funding to the Centers for Disease Control and Prevention which would have researched the underlying causes of gun violence.

Posted on the Facebook page of “Parents Against Gun Violence” is this quote: “Children and teens injured or killed by guns every year in the US: 7,000 – solutions enacted by Congress in the last twenty years: 0.” According to the British The Guardian newspaper, during the same weekend of the Orlando shooting, there were five other U.S. mass shootings.

Mass shootings have become tragically common in the U.S. that from January 1, 2013 to June 12, 2016 there have been 1,000 mass shootings – defined as four or more people shot in a single incident – in America.

The Guardian also reports that so many people die annually from gunfire in the U.S. that the death toll between 1968 and 2011 totals more people killed than in all wars ever fought by the country.

According to research by Politifact, there were about 1.4 million firearm deaths in that period; compared with 1.2 million U.S. deaths in every conflict from the Revolutionary War to Iraq.

Compared to other economically developed nations like Canada, the U.S. has by far the most gun related deaths and injuries. It is important to note that Canada’s gun control laws are much tougher than the U.S.’s . Gun violence, and every other form of violence, is not the way of the Gospel; and that certainly includes violence against persons who disagree with traditional Christian doctrines. For violence is evil and runs counter to the way of Jesus who calls us to unconditionally love everyone. No exceptions.

However, this absolute teaching does not mean that we are to accept objectively speaking sinful words, actions or lifestyles. To paraphrase St Augustine of Hippo, we must love the sinner, but hate the sin. Thus, we must charitably resist sin within ourselves and sin outside ourselves – including immoral laws.

There have been unfair charges directed at the Catholic Church (and various other Christian churches) claiming that its teachings on sexual morality – especially that sexual relations are meant to be solely reserved for marriage, which is divinely revealed as the unbreakable union between one man and one woman – are anti-gay/anti-LGBT. And some have even claimed that such teachings promote hateful and violent attacks against LGBT groups – like the tragic shooting in Orlando.

While a relatively small number of “Christians” have shamefully exhibited hateful and incendiary remarks towards LGBT persons, the Catholic Church has not. In fact, Catholicism firmly teaches that we are to respect the life and dignity of every single human being. But this does not mean we should condone immoral behaviour and silently submit to the passage of “politically correct” immoral legislation; whether it is transgender/neutral sex restroom policies, or same-sex “marriage” laws.

In the Gospel according to Matthew, certain Pharisees approached Jesus, and tried to test him, saying, “Is it lawful for a man to divorce his wife for any cause whatever?” Jesus replied, “Have you not read that from the beginning the Creator ‘made them male and female’ and said, ‘For this reason a man shall leave his father and mother and be joined to his wife, and the two shall become one flesh’? … Therefore, what God has joined together, no human being must separate.”

The footnotes referring to this passage in the revised edition of the New American Bible, note that Matthew tells us how Jesus recalls at once two texts from Genesis that “show the will and purpose of the Creator in making human beings male and female (Genesis 1:27), namely, that a man may be joined to his wife in marriage in the intimacy of one flesh” (Genesis 2:24).

This is clearly points to the will of the God. To try to reformulate the divine design of marriage, sexual intimacy and pro-creation is to play God. And confusing the role of Creator and creature is always disastrous.

Our all-wise, all-loving God has a cosmic plan for all creation and an individual plan for each one of us. But often instead of wisely and humbly following his way, the evil one and our self-centered ego erroneously rationalize that our way is God’s way.

Instead of saying, “I’m OK, you’re OK,” or “it’s all relative”, we should always help each other to better understand and follow God’s way – the only way that will truly fill our hearts’ desire.

After all his follies, the converted St Augustine famously wrote in his autobiography Confessions: “You have made us for yourself, O Lord, and our hearts are restless until they rest in you.”

May our hearts always rest in God.