Did Jesus Go To Hell?

A few people have, in recent times, told me how uncomfortable they are with the line ‘he descended into hell’ in the Apostles’ Creed. One person spent time trying to convince me that the Church, in this assertion, is wrong because God, in Jesus, could not go to hell. In these days of Easter we celebrate the resurrection of Jesus after he died on the cross and ‘he descended into hell’. What does this really mean? 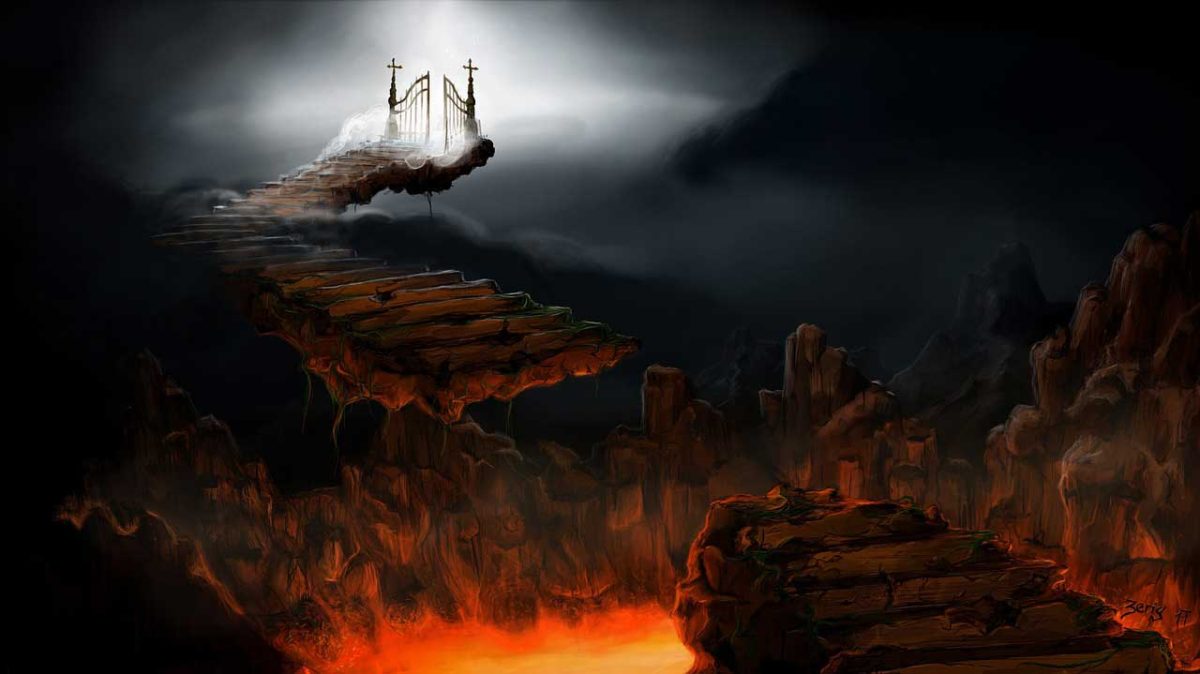 The phrase has, perhaps, been misunderstood and contentious ever since the Creed was written. There is indeed a seeming theological tension in this phrase if it is taken on face-value – that’s the mistake we shouldn’t make.

There are a number of levels of meaning that can be ascribed to this line in the Creed:

The descent into hell can be understood as an expression of the torments that Jesus underwent in his passion and death. This declaration in the Creed is used to symbolise the actual physical agony that Jesus endures during his passion and death  it is hellish for him in its pain. It strips away his dignity, self-worth, purpose and humanity. ‘Hell’ captures that state of total abandonment (physical, mental, emotional) that Jesus experiences in his passion but most especially on the cross which is revealed in his outcry ‘My God, my God, why have you forsaken me’.

The agony of Jesus is so extreme that hell is the only theological way it can be captured aptly. It is an expression which helps us know that when we, in the most painful of psychological, emotional or physical states, think that we are abandoned (experiencing hell) we are not alone, Jesus has been there too.

Another layer of meaning is found in an ancient homily which is read in the Office of Readings on Holy Saturday. We are told by the homilist (unknown in the breviary) that from the time of the fall of Adam and Eve nobody could enter heaven. The doors of heaven, despite anybody’s holiness, are sealed. It is Jesus who opens the gates of heaven by his death and resurrection. Adam and Eve are prisoners in the underworld, the writer tells us, and they are freed by Jesus who goes in to free them holding his glorious weapon, his cross.

Jesus tells Adam that his sleep will release him from “your sleep in Hades” (Hades, Hell or Sheol denotes the collective place of the dead in Hebrew – the abode of the dead).

It is a fascinating homily and, towards the end, Jesus tells Adam that the enemy brought him out of the land of paradise and now he, Jesus, will reinstate him. The descend into hell is therefore an assertion that Jesus frees us from the abode of the dead; it is an affirmation of the gift of eternal life that his resurrection brings.

In the Gospels (most specifically the Gospel of John) we often encounter the theme of light and darkness. Jesus says that he is the light of world and in John’s passion narrative we are given a stark contrast at the moment of Jesus’ arrest. The soldiers arrive in the Garden, John tells us, to arrest Jesus with torches. How ironic, the light of the world is being arrested by men carrying torches! Jesus, the light of the world, goes into a number of dark places in the Gospels – just think of the many outcasts he brings light to: the sick, the lame, the blind, those in moral dilemmas and, of course, the realm of the dead when he raises his friend Lazarus from the dead.

Many of these people were considered to be out of the realm of God, living in the dark underworld, by their society. They were living in ‘hell’ – a state of abandonment, alienation and separation. Jesus, during his life and death, enters the world of those who are abandoned, alienated and separated reconciling them with themselves and the rest of creation. By ‘descending into hell’ Jesus brings everyone into the light.

The descent into hell affirms that nothing is outside of the grasp of God. The descent of Jesus from the dead breaks the gulf between the world divided into the ‘ungodly’ (those out of the grasp of God) and the godly (those within the grasp of God). In other words there is no place where God cannot go for lack of a better expression – Jesus has conquered hell. The death and resurrection of Jesus are victorious for everyone – nobody is excluded and there is, for those who believe in him, no gulf or divide that he cannot reconcile. The Son of God carries the Good News of deliverance from sin and slavery to all people and nobody is excluded from the realm/grasp of God. God, in Jesus, can break down any barrier – even those that seem removed from or out of God’s realm.

The layers of meaning help us glimpse the mystery of God a little more deeply.

‘… he descended into hell…’ should not make us feel uncomfortable or scared. It should have the opposite effect as it is a statement which says so much about our human condition and the victory of Jesus Christ raised from the dead.

It makes sense especially when we look at the moments of agony which are part of human life – physical, moral and emotional agony. It makes sense when people feel abandoned in relationships or through tragedy and illness. Sometimes people (we) feel desperately abandoned. The descent in hell asserts that we are never alone because Jesus has been to the place of abandonment through his own sufferings.

The ‘descent into hell’ is, according to the Holy Saturday homilist, a powerful statement about the gift of eternal life that Jesus wins for us by his death and resurrection.

The ‘descent into hell’ teaches us a lesson about those who have died and gone before us. There are times when we wonder or worry about the destiny of our loved ones and friends, we wonder about beyond the grave. The descent into hell consoles us because it tells us that God, even in what seems to be the most callous of circumstances (suicide is a good example for those who have been left behind by loved ones who have done this), is able to go where nobody else can.

When we are limited God is not. Nobody is out of the realm of salvation because God, in Jesus, is victorious over all – even hell. No experience we go through leaves us totally abandoned and there is no place we can go where God cannot go. We are always in the grasp of God.

Perhaps ‘he descended into hell’ is one of the most powerful statements we make in the Apostles’ Creed.

It puts everything else into perspective. Updated from 2011