Pray for Creation on September 1

September 1 will see the second annual World Day of Prayer for the Care of Creation, an initiative launched by Pope Francis last year. In doing so, the Catholic Church joined the Orthodox Church in their observance of a day of prayer for ecology, going back to 1989. 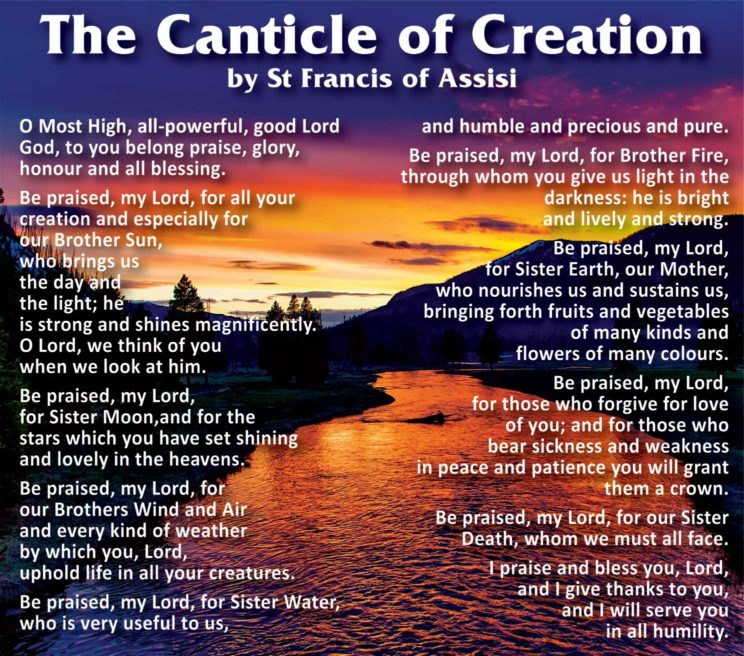 According to Pope Francis, “the annual World Day of Prayer for the Care of Creation offers to individual believers and to the community a precious opportunity to renew our personal participation in this vocation as custodians of creation, raising to God our thanks for the marvellous works that he has entrusted to our care, invoking his help for the protection of creation and his mercy for the sins committed against the world in which we live.”

Individuals can take part in the following ways:

– Begin your day by praying with one of the prayers that Pope Francis composed for his 2015 encyclical Laudato Si’.

– Continue to pray throughout the day: it could be a guided rosary on caring for creation, the Canticle of Creatures of St Francis , or any other creation care prayer.

– Attend a special service in your parish and/or ask the parish to celebrate the World Day of Prayer.

Parishes, dioceses and communities are encouraged to:

– Host a Eucharistic adoration service: use the official prayer resource from the Vatican .

– Incorporate creation prayers during daily Mass: you could simply pray the Christian prayer in union with creation and include special prayers of the faithful.

All are asked to sign the Catholic Climate Petition

More prayer and action resources for the September 1 day of prayer can be found at www.catholicclimatemovement.global/world-day-of-prayer and at www.seasonofcreation.org/catholic