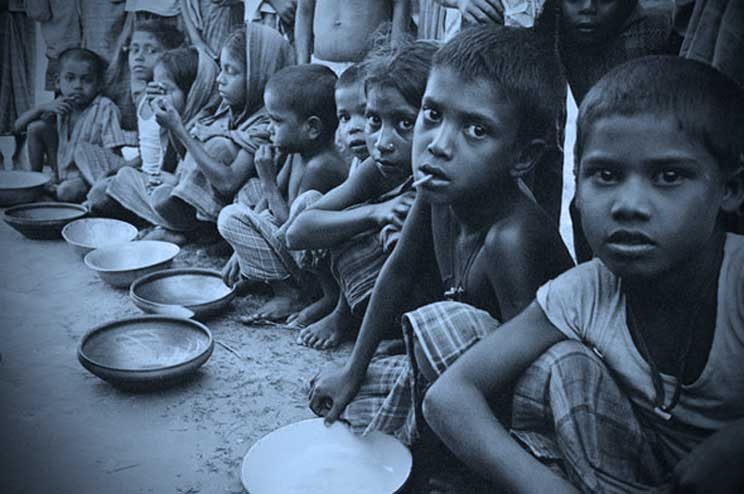 Coming face to face with the poor may pose a challenge and tempt people to turn the other way and give in to “the habit of fleeing from needy people and not approach them or disguise a bit the reality of the needy”, the pope said during his general audience in St Peter’s Square.

In a new series of talks on works of mercy, the pope reflected on the first corporal work of mercy — feeding the hungry — which he said was important in confronting real “situations of urgent need”.

Although images of extreme poverty can move people to initiate important works of charity and generous donations, it “does not directly involve us”.

When a poor person “knocks on the door of our house, it is very different because we are no longer facing an image but are personally involved”

“In these instances, what is my reaction? Do I turn away? Do I move on? Or do I stop to talk and take an interest? If you do this, there will always be someone who says, ‘This one is crazy, talking to a poor person’,” the pope said.

Recalling St James’ affirmation that “faith without works is dead”, Pope Francis said that Christians cannot “delegate” feeding the hungry to others and helping the needy through words and deeds.

Jesus’ command to his disciples to feed the crowd prior to the multiplication of the loaves and fishes, he added, is also “an important lesson for us”.

“It tells us that the little that we have, if we entrust it to Jesus’ hands and share it with faith, can turn into overabundant wealth,” the pope said.

Citing Pope Benedict XVI’s encyclical Caritas in Veritate, the pope said that feeding the hungry is “an ethical imperative for the universal Church” and a calling for all Christians to defend the universal right to food and water, especially for the poor and the needy.— By Junno Arocho Esteves, CNS

No Bills, No Tips at Mercy Restaurant

Every afternoon, Asma Khalil and her three children — refugees from Syria — walk a half-hour from their one-room dwelling...