A Brief History of Christmas

The feast of the Nativity wasn’t always Christmas trees and jingle bells, and Jesus probably was not born on December 25. GUNTHER SIMMERMACHER charts a brief history of Christmas. 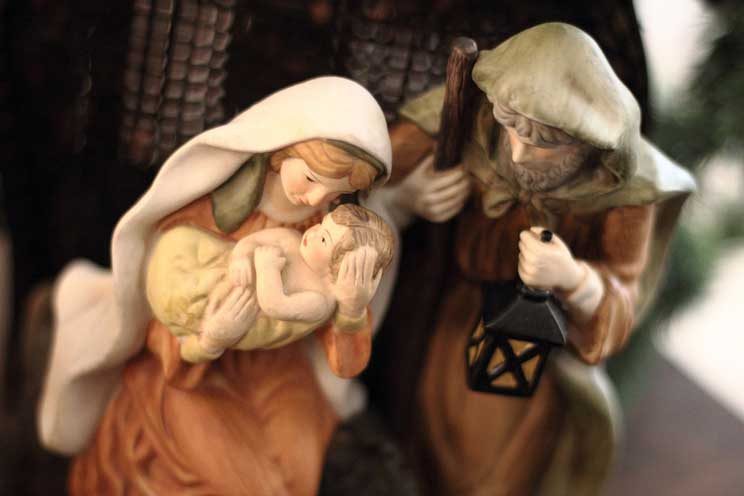 THE FIRST NOEL
Other than the account in the gospel of Matthew, nothing is known about Jesus’ birth. One thing that we can presume is that Jesus was not born on December 25 in the year dot. Some historians even doubt that Jesus was born in Bethlehem, arguing that Matthew pinpointed that town as the Saviour’s birthplace to establish a link with King David. Certainly, no evidence exists that a census took place at the approximate time and place of Jesus’ birth. Of course, it makes no difference whether our Lord was born here or there – the important thing is that he was born.

WHEN WAS JESUS BORN?
Jesus’ actual birthday is an enigma. December 25 is probably the least likely. To begin with, it is unlikely that shepherds would have tended their sheep in a field in the middle of winter (weather patterns in the region have not changed substantially in the intervening 2,000 years). Likewise, if there was a census that necessitated the trek south by Mary and Joseph, it is unlikely that this would have taken place in winter. More likely, a census would have been held just after the harvest season, in late September or early October.

In a 3rd century calendar, Christ’s birth is recorded as March 28 (and later in April and November).

It seems certain that nobody cared to remember Jesus’ birthday – so when the time came to observe it, an arbitrary choice had to be made.

WHY DECEMBER 25?
If Jesus was not born on December 25, why was date picked? Pope Julius I (337-352) is usually credited with that idea, and his successor Liberus with popularising it.

The reasoning of Pope Julius (if it was indeed he who chose that date) remains uncertain. One explanation forwarded is that the Church picked December 25 to usurp the popular pagan festival of the winter solstice, named after the Roman god of agriculture, Saturnalia. Coinciding with that festival, which ran for several days from December 17-23, was the birthday festival of Mithra, the Persian infant god of Sol Invictus, – the invincible sun – on December 25.

In 274 AD the Roman emperor Aurelian had placed the Roman empire under the patronage of Mithra, a hugely popular god. It is suggested that the Church saw a benefit in replacing this pagan deity with the Son of God – especially during the winter solstice, which was also celebrated by pagans in other countries, such as Germany and England. However, the oldest record of the Soil Invictus festival being celebrated post-dates Pope Julius by a couple of decades. So, in absence of documentation, one could equally argue that the pagans tried to usurp the newly pinpointed birthday of Christ (though that would not be properly celebrated for some time).

More likely, the date of December 25 follows nine months after March 25, the date of the Annunciation which was mentioned in a document in 221 AD – long before Sol Invictus was celebrated on December 25.

The reason that there were (and still are) two dates for Christmas – December 25 in the West, and January 6 in the Eastern Church – has to do with the use of two calendars at the time, the Julianian in the West, the Egyptian in the East. In the latter calendar, the winter solstice fell on January 6 (Some historians suggest that the Eastern and Egyptian churches picked January 6 as the feast days of the gods Dionysius and Osiris respectively.)

The first Midnight Mass probably took place, aptly, in Bethlehem. Pope Sixtus III (432-440) might have imported the custom to Rome. In his rebuilding of the Liberian basilica (St Mary Major) he even included a replica of the grotto of Bethlehem.

THE ADVENT OF CHRISTMAS
The very early Christians probably did not attach much importance to the feast of the Nativity. Some sources suggest that the feast had no specific date, but rather was a floating feast. The principal feast was Easter (as the Church still maintains today).

The celebration of the feast of the Nativity is first mentioned in a surviving document from 336, in the Roman Deposito Martyrum. The earliest existing Christmas sermon, by Optatus of Mileve in Numidia, is dated 383, while the great St Ambrose of Milan and Pope Siricius mention the feast in documents. These men died in 397 and 399 respectively. 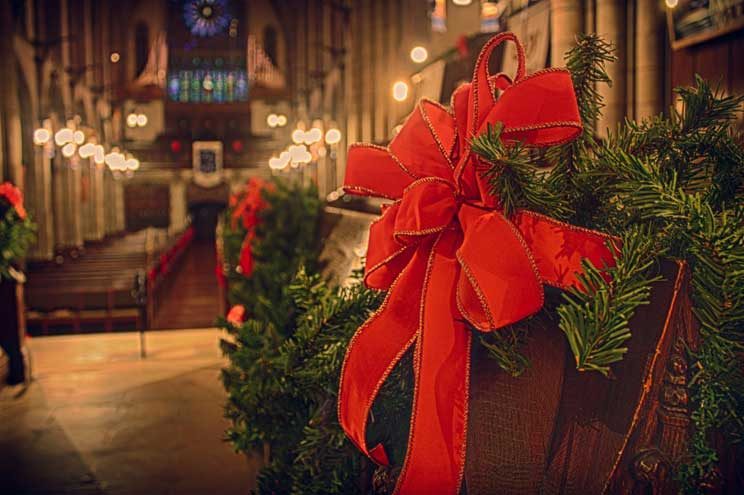 HOW CHRISTMAS SPREAD
Some regions celebrated Christmas as early as or even earlier than the Roman Church. Documents prove that Christmas was being celebrated as early as the 4th century in parts of North Africa, Spain, Constantinople, Antioch, Palestine and Italy, and in Gaul (France) no later than the mid-5th century.

The evidence of Christmas in Constantinople is interesting. It is recorded that in 379 or 380, Gregory of Nazianzus preached a Christmas sermon. Later, Gregory claimed that he had “invented” Christmas.

THE MIDDLE AGES
Christmas in the Middle Ages was a raucous affair, with Mass being followed by drunken feasts, appointed “Lords of Misrule”, and the poor visiting the rich to demand food. By the 14th century, the Christmas carol was introduced, while in Italy nativity sets (introduced by St Francis of Assisi) and plays became popular.

CHRISTMAS CANCELLED
By the time of the Reformation, many more puritanical Christians regarded Christmas as a show of decadence. Most notoriously, the English Puritan leader Oliver Cromwell, after assuming rule in 1645, outlawed Christmas. The feast resumed only when Charles II was restored to the throne In parts of the United States, Christmas was banned from 1659 to 1681, with subjects exhibiting seasonal joy facing stiff fines. Indeed, Christmas did not become a national holiday in the United States until 1870.

Of course, Christmas was also outlawed, in varying degrees, by the communist regimes of the 20th century.

December 6, 24 or 25?
Different people celebrate Christmas at different times. In Italy, the feast of the Nativity is noted, but gifts are exchanged on the feast of the Epiphany, the holiday of the Three kings. In the Netherlands, meanwhile, gifts are exchanged on December 6, the feast day of St Nicholas, patron of children and the model for the commercial spokesman for Christmas, Santa Claus. In many European countries, the principal Christmas celebrations take place on December 24.

One tradition, however, has it that it was an Englishman in the first place who invented the Christmas tree. The story places the 7th century missionary monk Crediton of Devonshire in Thuringia, where he used the triangular fir tree to explain the holy trinity. Hence, the Germans began to revere the fir tree as “God’s tree”.