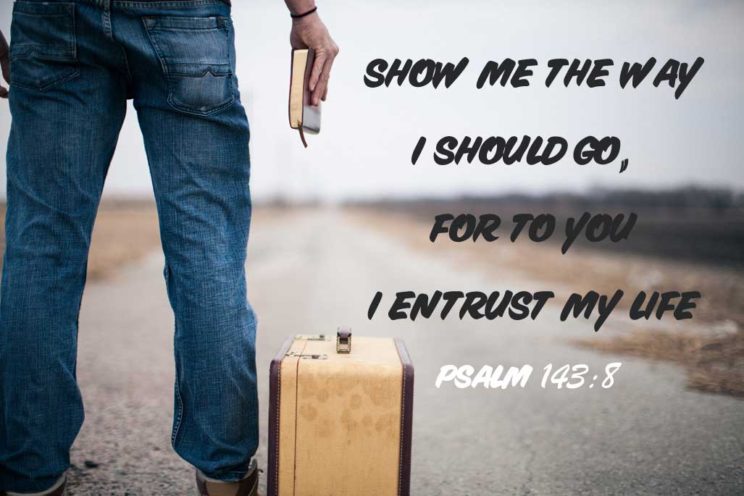 ‘For I know the plans I have for you, declares the Lord, plans for welfare and not for evil, to give you a future and a hope” (Jeremiah 29:11).

Many of us know the cycle of making New Year’s resolutions. We make them by January 1 and a few weeks later—perhaps as early as when you read these lines — we fall back into our old habits.

That is because old habits are difficult to change. Psychologists tell us that it takes about three weeks to learn a new habit and by that time many people have already given up.

St Augustine, who knew more than most about the difficulty of breaking old habits, once put it this way: “I longed to give myself wholly to you, Lord, but I was bound by my own will, as by a chain. Because my will was perverse it changed to lust, and lust yielded to become habit, and habit not resisted became necessity. These were like links hanging one on to another — which is why I have called it a chain — and their bondage held me bound hand and foot.”

St Augustine illustrates the difficulty of breaking habits. If habits are so difficult to break, then why make New Year’s resolutions at all?

I believe in New Year’s resolutions. I make some every year, although I don’t stick to them throughout the entire year. But I make them.

I make them because at the start of each new year I feel hopeful again. I feel again that I have a chance to make the new year better than the previous year.

All of us want that. Nobody wants the new year to be worse than the previous year. Everybody hopes for a better year. There is something inside us that wants old habits to be broken down and replaced by new habits that make our lives better. And that is where our New Year’s resolutions come from.

At the start of a new year there is hope and at this time in particular we think of our future. We reflect not only on what this coming year will hold for us, but generally we think of our long-term future too. We think of our plans and our aspirations and it is at this time that we should be reminded of the prophet Jeremiah’s words at the beginning of this article.

What great assurance these words hold for us! God has plans for us. What we need to do on our side, then, is to resolve in faith that we will trust his plans for us and then to live accordingly.

He has a plan for each one of us. To me he is saying: “For I know the plans I have for you, Judith, plans for welfare and not for evil, to give you a future and a hope.” And he says that to you, too.

God continues to love us, even when we can’t live up to the resolutions we have made. That is what we believe. We express our belief in God every time we fall and try again, hoping for a fresh start.

To make New Year’s resolutions, to try again, to give it another go, precisely when bad habits have kept me for so long in a certain helplessness, is to believe the words of the prophet Jeremiah when he proclaims: “For I know the plans I have for you, declares the Lord, plans for welfare and not for evil, to give you a future and a hope.”