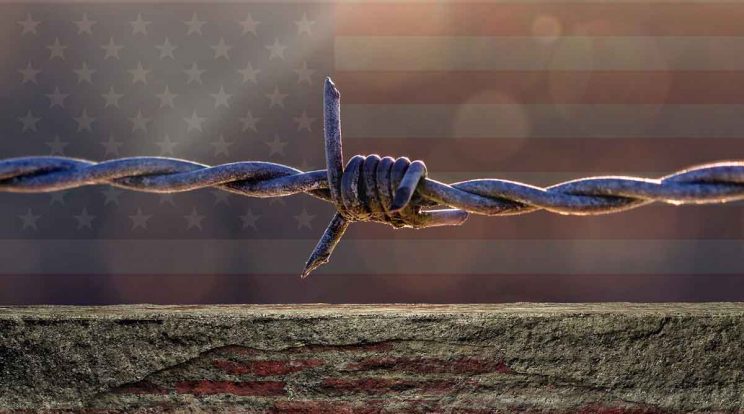 On behalf of the world’s often unwanted refugees and migrants, Pope Francis in his Jan. 1 World Day of Peace message titled “Migrants and Refugees: Men and Women in Search of Peace” pleads: “In a spirit of compassion, let us embrace all those fleeing from war and hunger, or forced by discrimination, persecution, poverty and environmental degradation to leave their homelands.”

But instead of experiencing an embrace of warm welcome, millions of migrants and refugees are confronted with “fences and walls built to keep them far from their goal,” of finally finding a safe and secure place to call home, says Pope Francis.

And along the U.S.-Mexico border a nearly 700 mile barrier exists to keep out thousands of scared, poor Central Americans and Mexicans from entering the U.S. And if the Trump administration gets it way, the existing barrier will be extended even further.

For the vast majority of these migrants and refugees, the only “crime” they have committed is seeking a working way out of poverty and a safe haven from drug-induced gang violence – fed largely by America’s drug addiction epidemic and U.S. gun exports – in their home countries. 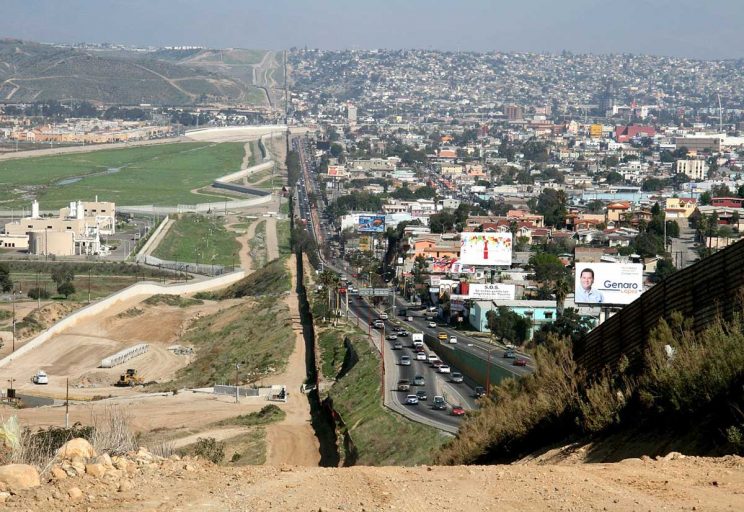 To the right lies Tijuana, Baja California, and on the left is San Diego, California. The building in the foreground on the San Diego side is a sewage treatment plant built to clean the Tijuana River. (Photo: Pixabay)

In his 2018 World Day of Peace message “Migrants and Refugees,” the Holy Father is critical of the stance taken by many wealthier countries that spread harmful rhetoric claiming refugees and migrants pose risks to national security or are too costly to welcome. He challenges this thinking as demeaning to “the human dignity due to all as sons and daughters of God.” Furthermore, it’s overwhelmingly not true.

Numerous studies indicate that immigration does not bring crime into the U.S. In fact, most of the data reveals that on average, where immigration increased, crime decreased .

The pope adds, “Those who, for what may be political reasons, foment fear of migrants instead of building peace are sowing violence, racial discrimination and xenophobia (that is, fear and hatred of strangers or foreigners), which are matters of great concern for all those concerned for the safety of every human being.”

In opposition to Pope Francis’ strong defense of refugees and migrants, President Trump has decreed that the U.S. will accept no more than 45,000 refugees during the 2018 fiscal year – an all-time American low.

And this heartless decision comes at a time when the number of displaced persons worldwide is at its highest level since World War II – with over 65 million fellow human beings forced to flee from their homes due to persecution, violence, conflict or human rights violations .

During this Christmas season, let us not forget that Mary, Joseph and baby Jesus found themselves displaced in Bethlehem. They knew what it felt like to have no place to call home.

In solidarity with the migrant Holy Family, and in solidarity with migrants and refugees everywhere, let us insist with Pope Francis that our government build bridges – instead of walls – to generously and justly welcome strangers.

For as Francis reminds us in Scripture, “Do not forget to show hospitality to strangers, for by so doing some people have shown hospitality to angels without knowing it.”