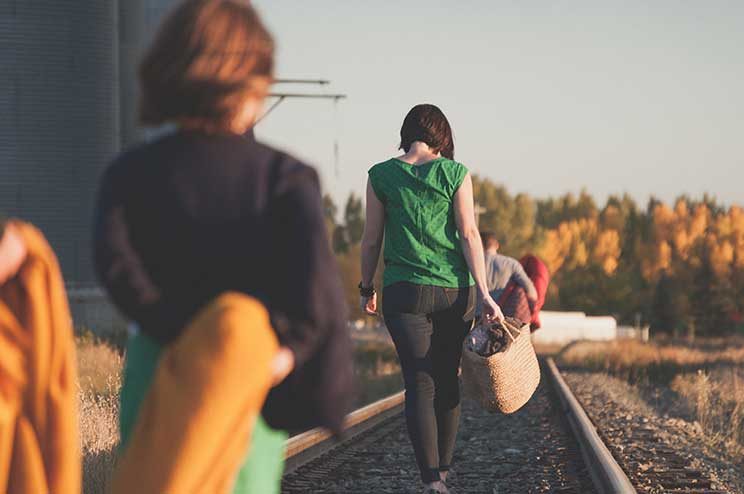 Blaming huge numbers of violent killings, assaults, sex crimes and drug overdoses on undocumented immigrants, President Donald Trump in his first prime-time speech from the Oval Office said, “This is a humanitarian crisis, a crisis of the heart and a crisis of the soul,” and insisted that Congress provide $5.7 billion for a wall extension along the U.S.-Mexico border.

There is indeed a humanitarian crisis. But not a fictional one of countless dangerous migrants invading the U.S. to terrorize American citizens, but rather a real crisis of suffering migrants – especially those in Central America’s Northern Triangle of Guatemala, Honduras and El Salvador who are victims of drug gang violence, extortion, kidnappings, and lack of jobs – seeking a safe, decent life for themselves and their families. Isn’t that what all of us want?

There is No Invasion

During an interview I had with Kevin Eckery, vice chancellor for the Diocese of San Diego – which borders Mexico – he said “This is a manufactured crisis, there is no invasion. We instead need to find ways to be abundantly compassionate.”

Numerous studies confirm that immigrants are less likely to commit violent crimes than U.S.-born citizens.  And in fact, immigrants greatly enrich our churches, culture and economy.

According to “The Hill” , certain segments of the U.S. economy like agriculture, are overwhelmingly dependent upon undocumented immigrants. “In terms of overall numbers, The Department of Labor reports that of the 2.5 million farm workers in the U.S., over half (53 percent) are illegal immigrants. Growers and labour unions put this figure at 70 percent.”

According to U.N. High Commissioner for Refugees there are more than 25 million refugees and over 3 million asylum seekers throughout the world. And sadly, only a very small percentage of them are allowed to build new lives in host countries.

On average only about 24,000 persons are granted asylum in the U.S.  annually.

And in fiscal year 2018 the U.S. drastically reduced the number of refugees admitted to only 22,491.

According to the conservative American CATO Institute, in 2017, 49 countries had higher rates of acceptance of asylum seekers and refugees than the U.S.  And poor tiny Lebanon, the world’s most welcoming nation, has accepted asylum seekers at 73 times the rate of the United States.

Pressure Needs to Be Brought

It is essential that faithful Catholics in the U.S and other rich nations, pressure their government leaders to allow far more refugees and asylum seekers into their countries.

As faithful Catholics it is absolutely essential that we put our political persuasions aside and take to heart the teaching Saint Pope John XXIII gave us in his encyclical Pacem in Terris (“Peace on Earth”): “Every human being has the right to freedom of movement and of residence within the confines of his own country; and, when there are just reasons for it, the right to emigrate to other countries and take up residence there.”