In Changing Times: Get to Work, Girl! 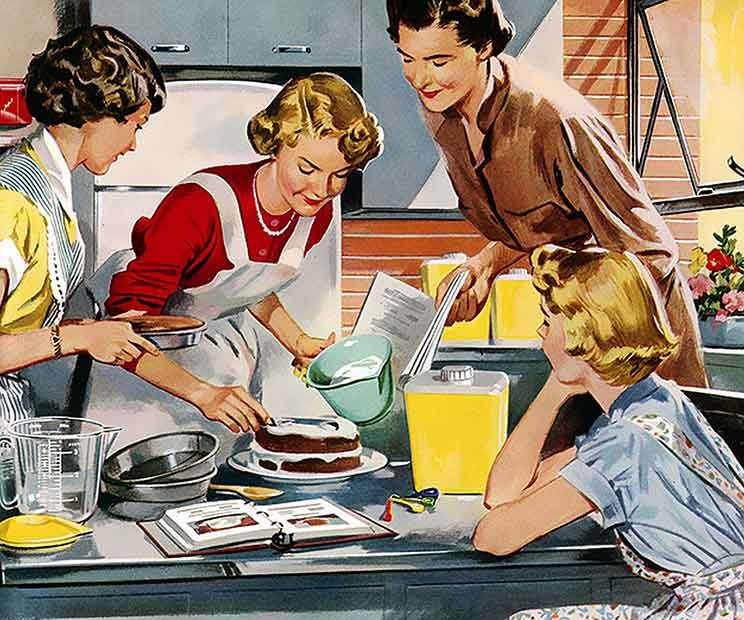 This is how the role of women was defined in the past. But, asks Nthabiseng Maphisa, how is a woman going to combine professional and domestic aspirations today?

Men and women face different challenges as they mature. Modern men still experience the pressures of being providers and protectors in their households. The expectations of a woman, however, will vary depending on which decade you are referring to.

The film The Stepford Wives brought to my attention that the 1950s was the time of the perfect housewife who cleaned the house while wearing a skirt and heels and baked scones daily.

The 1960s and ’70s saw a revolt against this and the alpha female was born, reaching her prime in the ’80s.

Since then the role of a woman in the household is no longer ruled by an external standard imposed upon her but is a choice she makes out of her own freedom. At least that’s what I think.

My sister had her first children (a set of twins) last year. Through this I have been able to witness the delicate balance between being a mother and living a normal life.

At times the two can be mutually exclusive. I am certain that among all the difficult and sometimes filthy jobs in the world, nothing is as demanding as being a parent.

There are no leave days, no promotions and no salary increases. Despite this, parents must fulfil every duty expected of them.

I worry that many of us are unprepared for the hours of overtime and soiled nappies. I feel underqualified because I feel that one needs a bachelor’s degree in biochemistry to mix a bottle of milk using baby formula and lukewarm water.

Frequently I have attempted to do this; but the milk was either too hot or too cold, and the process had to be repeated until the concoction could be ingested by baby.

I find it daunting that women are expected to do all of the above while maintaining good oral hygiene and looking energised.

Modern women have an unprecedented abundance of choices. They can become doctors and engineers while also being wives and mothers. Some will forego one for the sake of the other at different stages of their lives.

It is not that I am incapable of learning how to bath a baby or assemble a pram, but I question my willingness to do so in place of furthering my education or becoming an entrepreneur. The latter would seem selfish to some women and perfectly acceptable to others.

The impending expiration date of one’s ovaries does not make this decision any easier. All my life I saw the peak of success and happiness as getting a well-paid corporate job, driving a luxury car, with no kids or husband in sight. Through many retreats and conversations with God, and the realisation that money isn’t everything, I have begun to question the notion of finding purpose and peace in being a bloodthirsty corporate tigress.

But smelly nappies and sleep deprivation don’t present marriage and motherhood as the easier option either. So what’s a girl to do?

It seems there are only two choices: either you dive into the bottomless pit of ambition or painfully sacrifice your dreams for the sake of child-rearing.

The prevalence of discrimination against pregnant women compels many women to choose the first option. Some say we can “have it all” but I don’t know what that means.

Where is the roadmap to living out our God-given nature to be mothers and following our dreams? I believe it is possible we can do it all but not on our own.

It requires a change in the mindset of the older generation who measure the worth of a woman by her cooking and cleaning skills and her fertility—and not by her intelligence and kindness.

It needs a shift in the thinking that women can be viewed only through the door of a kitchen.

When these walls have crumbled, only then can a woman pursue her dreams without guilt, while serving the man who holds her heart and the children they will bear.