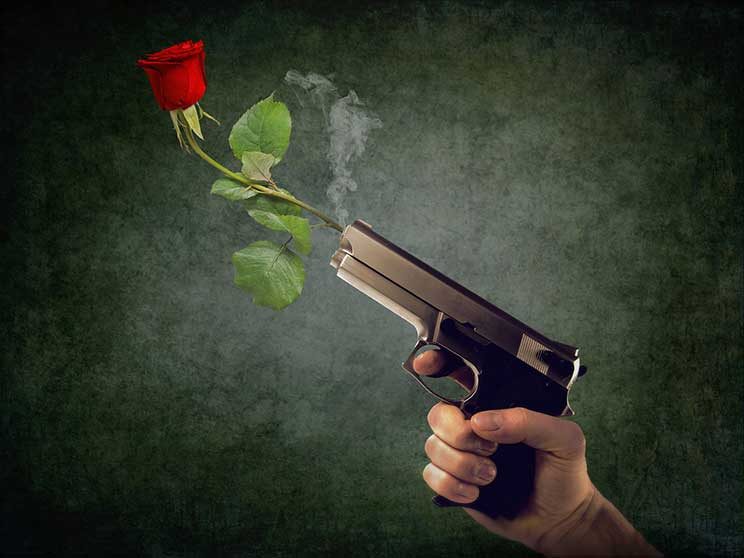 Epidemic. That word has been used countless times to describe the spate of mass shootings carried out since the massacre at Colorado’s Columbine High School in April 1999. It’s a word that not only implies but demands a connection between disparate events that have taken place in every corner of the United States over the past 20 years.

It may seem obvious that several thousand cases of flu that all occur within a relatively short span of time would constitute an epidemic. But a mere coincidence in time does not an epidemic make. The cases must be related; there must be a common transmission vector.

For some who use the word “epidemic” to refer to mass shootings, that vector seems obvious: It’s Americans’ widespread ownership of guns. But one of the reasons why the gun-control debate is so contentious is that guns, like viruses in the case of the flu, are the weapons used, but they aren’t the vector themselves. Remove any particular model of gun — or ban all guns altogether — and the evil at the heart of mass shootings will remain.

As Christians, we understand this; we know the story of Cain and Abel. And yet we can’t look at the string (another word that implies a connection) of mass shootings since Columbine and not sense that something has changed.

As the 20th anniversary of the Columbine massacre approached, several studies attempted to determine whether there is a connection between Columbine and subsequent shootings. Is there, in other words, a transmission vector that justifies the use of the word “epidemic”?

The answer increasingly appears to be “yes.”

Just as one of the Columbine killers was fascinated by Adolf Hitler and the genocide of the Jews during World War II, and both were obsessed with Timothy McVeigh and the Oklahoma City bombing, researchers have found that an entire generation of school shooters and other mass killers have been inspired by the Columbine shooters, Eric Harris and Dylan Klebold.

Some explicitly have dedicated their own murderous sprees to them. Others have not said as much, but printed materials on Columbine have been found among their personal effects. Their browser histories show records of visits to the darkest corners of the internet, where subsequent mass murders are ranked against the “standard” of 13 deaths that Harris and Klebold established, “hypothetical” plans for shootings inspired by the two are detailed, and “fan fiction” featuring Harris and Klebold is posted.

In the wake of the recent mass shootings in Gilroy, California, El Paso, Texas, and Dayton, Ohio, both researchers and journalists have taken note of a similar transmission vector: the website 8chan, where the El Paso shooter posted a manifesto and an announcement of his coming shooting spree minutes before he pulled the trigger for the first time.

In his manifesto “The Inconvenient Truth” — a noxious stew of race theories, Luddism and socialist economics and apocalyptic environmentalism — the El Paso shooter states that he was inspired by the Christchurch (New Zealand) shooter, who, following the example of earlier shooters, posted his own manifesto on 8chan before he began his massacre. That manifesto was repeatedly reposted, alongside memes featuring the body counts in Christchurch and other mass shootings, urging potential future mass murderers to “beat the high score.” That the Christchurch shooter used a helmet cam and livestreamed his massacre is itself confirmation that mass murder has become “gamified” and a social media phenomenon.

The vector is clear: Like pornography, fantasies of murder have a powerful effect on young minds exposed to them. Such fantasies cannot be indulged without doing great damage, as we have seen in a similar way: a recent study found that the Netflix show “13 Reasons Why” led to a 28.9% increase in suicide among American children ages 10 to 17 in the month after its release.

Our imagination is powerful: Feed it well, and it can spur us to desire the grace to become saints. Feed it fantasies of death and despair and we should not be surprised at the result.

“What is the common vector of mass shootings?” published online by Our Sunday Visitor, a national Catholic newsweekly based in Huntington, Indiana. It was written by the editorial board.