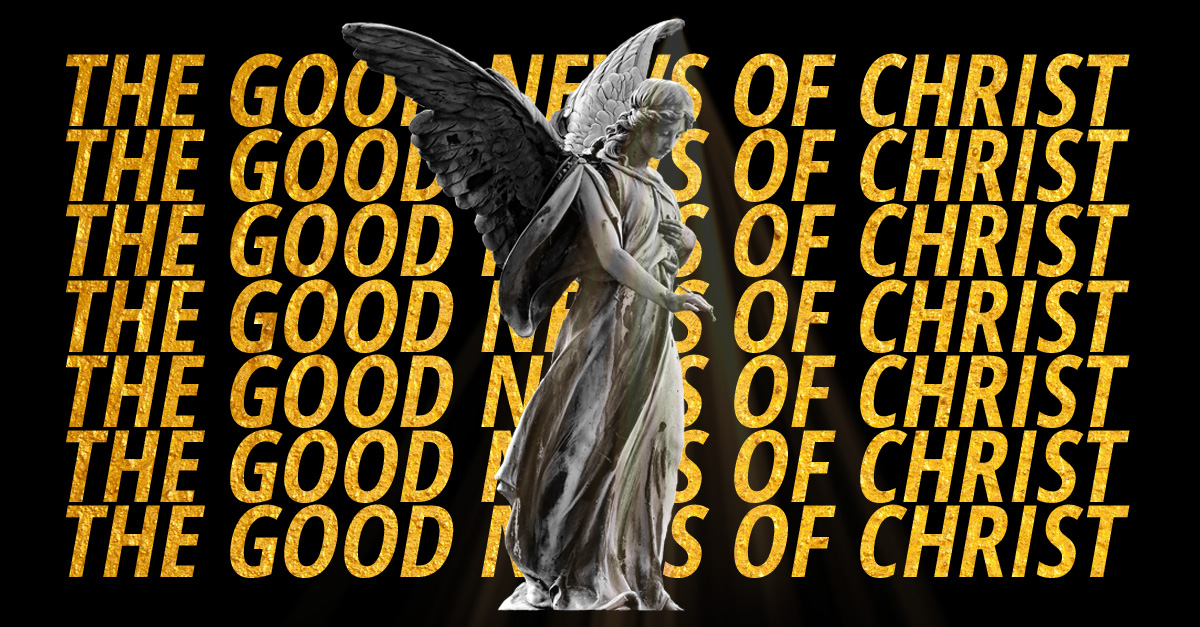 By Carol Glatz – A thirst for God and for his true and undying love is rooted in the heart of every human being, Pope Francis said.

So, in order to evangelise, all it takes is someone who can help revive that longing and be a messenger – an angel – of hope, bringing the good news of Christ, he said.

The pope spoke to bishops, religious and laypeople taking part in an international meeting at the Vatican. Sponsored by the Pontifical Council for Promoting New Evangelisation, the meeting discussed the pope’s apostolic exhortation, “Evangelii Gaudium” (“The Joy of the Gospel”).

People long for God and his love, and so they need angels “in flesh and blood who draw near to dry tears, to say in Jesus’ name, ‘Do not be afraid,'” the pope said.

“Evangelisers are like angels, like guardian angels, messengers of good who do not deliver ready-made answers but share life’s questions” and know “the God of love” is needed to live, he said.

“And if, with this love of his, we were able to look into the hearts of people who, because of the indifference we breathe and the consumerism that flattens us, often pass before us as if nothing were wrong,” the pope said, “we would be able to see the need” for God, their search for everlasting love and their questions about the meaning of life, about pain, betrayal and loneliness.

“Faced with such concerns,” he said, “prescriptions and edicts are not enough; we need to walk together, become travel companions.”

“In fact, people who evangelise can never forget to always be on the move, seeking together with others,” the pope said. “They cannot leave anyone behind, they cannot be allowed to keep at a distance those who are limping, they cannot shut themselves up within their little group of comfortable relationships.”

Those who proclaim God’s word, “know no enemies, only travelling companions” because the quest for God is common to everyone, so it must be shared and never be denied to anyone, he said.

“Let us not be infected by the defeatism according to which everything goes wrong,” he said.

In order to hold fast to “the Gospel’s enthusiasm,” the pope told them, call on the Holy Spirit, who is the spirit of joy who keeps the missionary flame alive and who “invites us to attract the world only with love and discover that we can possess life only by giving it.”