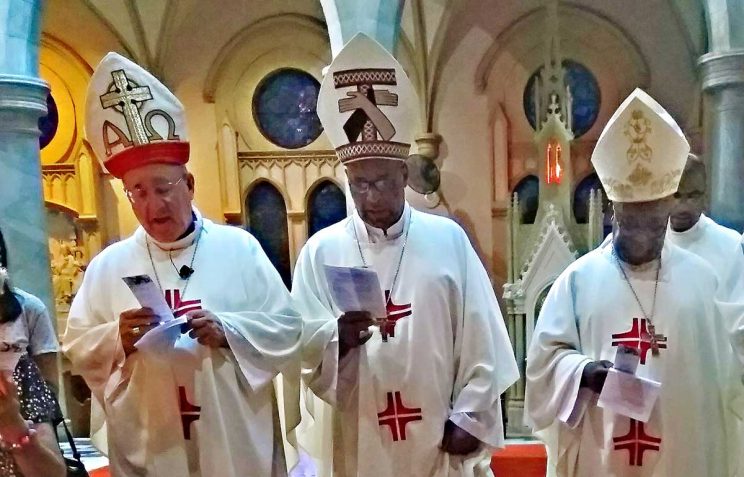 Three archbishops united to honour a fourth one: (from left) Archbishop Emeritus William Slattery of Pretoria, Cardinal Wilfrid Cardinal Napier of Durban, and Abel Gabuza, coadjutor and future archbishop of Durban, stand in Emmanuel cathedral to honour the late Archbishop Denis Hurley on the 16th anniversary of his death in 2004. Earlier in the day, they gathered with dozens of supporters for the AGM of the Denis Hurley Centre.

READ  Papal Preacher: Belief in the Trinity Should Lead to Unity in the Church
Share